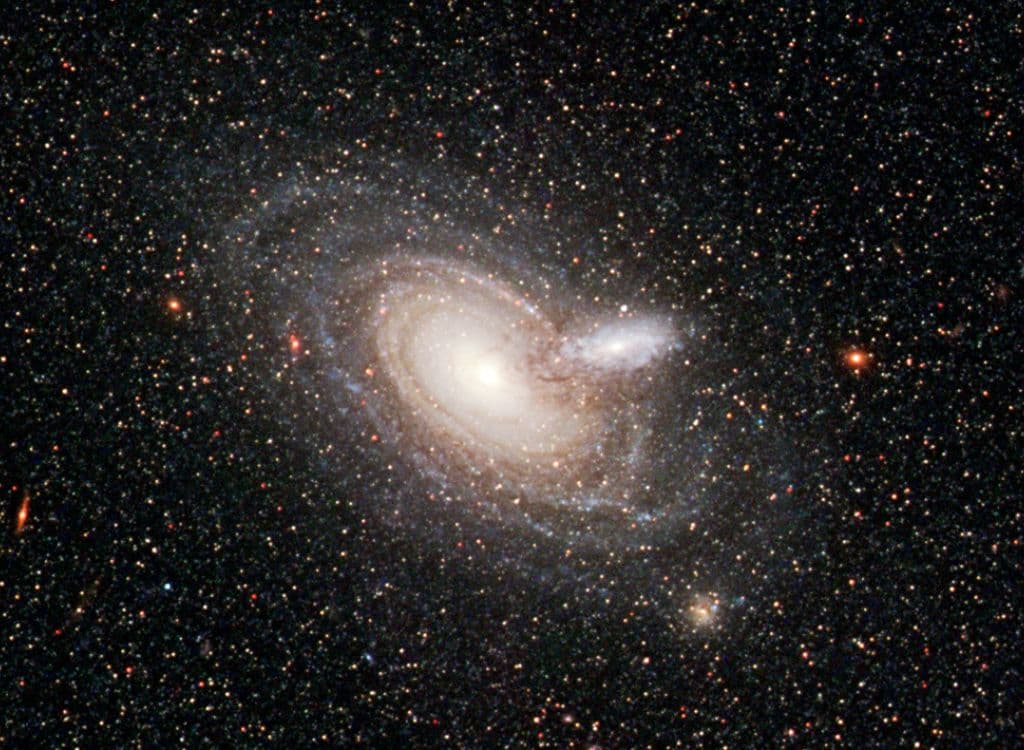 2MASX J00482185-2507365, known more simply as PGC 198197, is a pair of galaxies that appear to be embroiled in an intergalactic duel—a fight that rarely sees any galaxy emerge unscathed. However, this is no ordinary example of colliding galaxies. Even though it might not look like it, these galaxies are in no danger of colliding.. at least not right now.

By most estimates, the larger galaxy in the background is located roughly 780 million light-years from us. The smaller foreground galaxy, which is just one tenth the size of its would-be companion, is tens of millions of light-years closer. Though it remains unclear how much space separates the two objects in question.

The alignment allows astronomers to see the 'halo' spanning from the smaller galaxy's disk; It would nearly be invisible if the larger galaxy didn't illuminate the dust-filled structure. Measurements show that this structure extends 6 times farther than the radii of its spiral arms, and it has a tentacle-esque quality to it.

Although it is nearly out of frame, another galaxy hangs out nearby. Called the Sculptor Galaxy (or NGC 253), the pair was discovered accidentally during a viewing back in 2006. (See a larger image here)