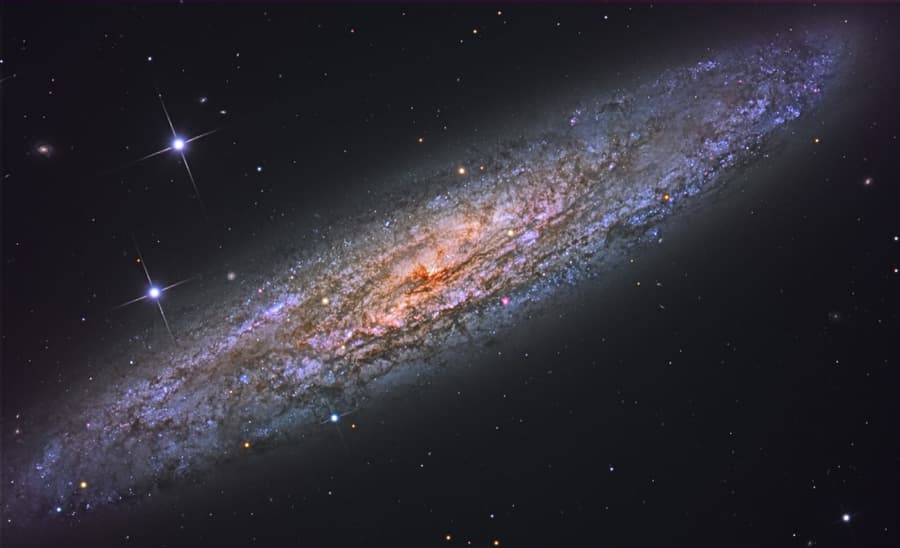 Meet NGC 253; a beautiful island galaxy located in the constellation of Sculptor, some 10 million light-years from Earth. As you can see from this nearly-edge on vantage point, its beauty is rivaled only by its sheer dustiness. Other than the dust pervading the galaxy's spiral arms, tendrils of dense collections of dust extend from its tilted galactic disk and beyond.

This extra material has spawned an impressive collection of stars, with the combined light making the galaxy one of the brightest galaxies known to man. Also helping make this galaxy so spectacularly bright and impressive is the ionization these stars induce on the galaxy's extensive gas reserves.

NGC 253 — also known as the Silver Dollar Galaxy (because of the way it looks when viewed through a moderately powerful telescope)  — spans some 70,000 light-years across. As such, it is the largest member of the Sculptor Group of Galaxies, which is the closest galaxy group to our own local group.