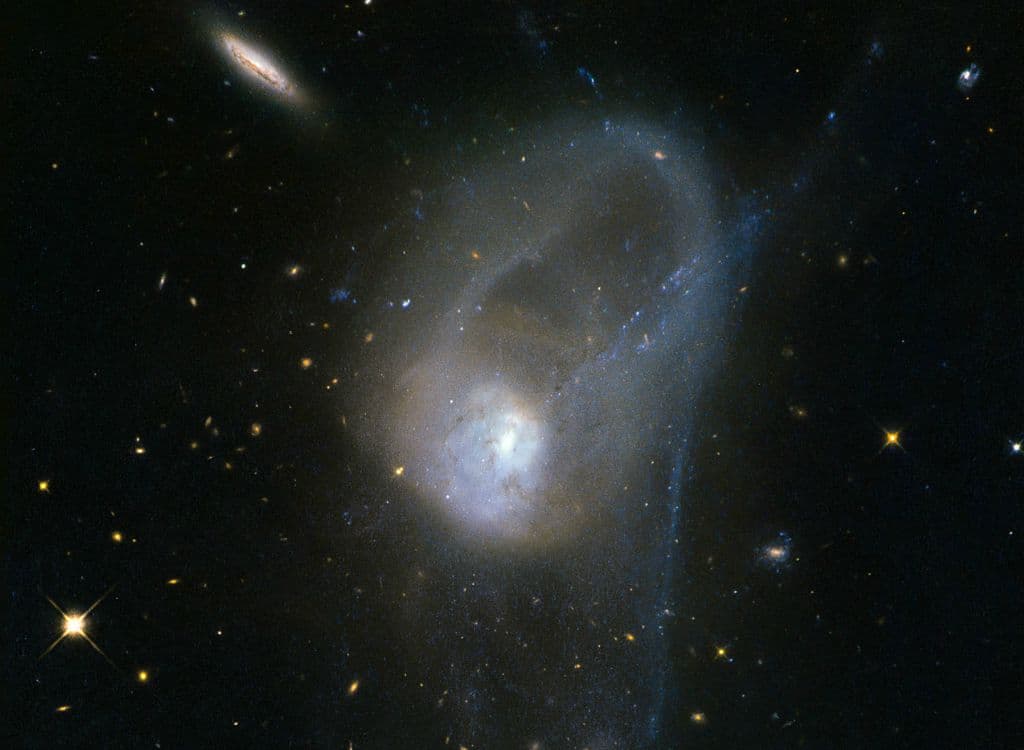 Even though the universe is expanding at an ever-increasing speed, many galaxies continue to interact and collide throughout the void of outer space. In fact, these interactions are believed to be an integral part of galaxy evolution. Not only are they the driving force behind spirals morphing into ellipticals, but they help usher in new eras of star formation.

Hundreds of colliding galaxies have been imaged and cataloged over the years, perhaps most famous is the pair called the Antennae, but most are much too far away to study in-depth. In an image captured by the Hubble Space Telescope, we happen across one example that isn't.

By most estimates, the merger can be directly linked to the birth of 1,000 bright, blue-white clusters of stars—many packed within the central core. (See a larger image here)