Glimpsing the Past: Scientists Unravel the Mystery of How Galaxies Evolve 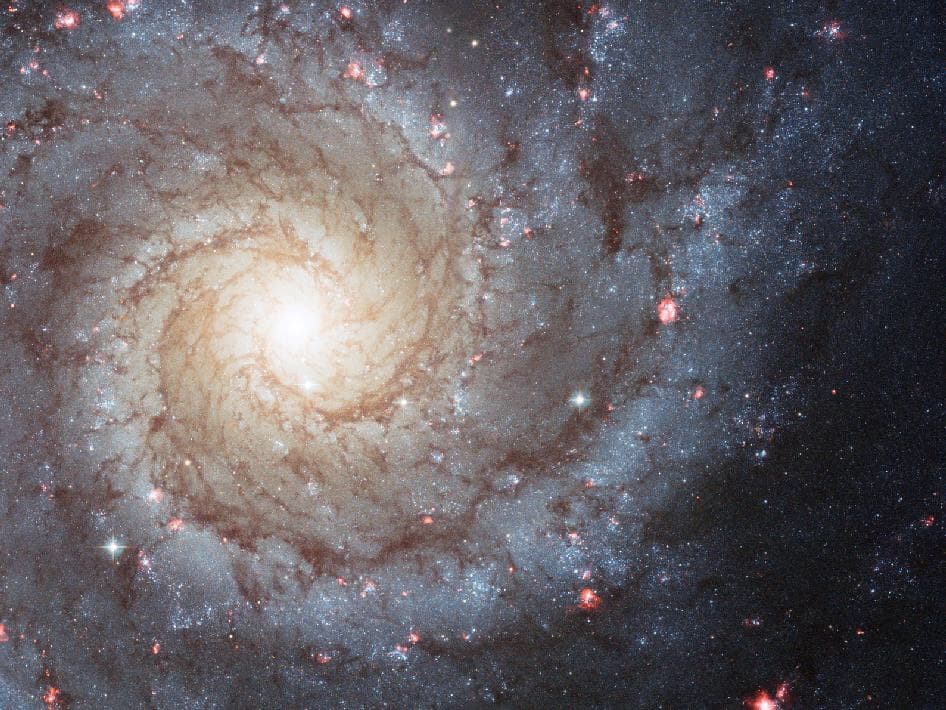 Astronomers believe that galaxies undergo major changes over the course of their lives—transforming from relatively flat, disc-shaped structures, into large, oval-shaped ellipticals. However, since these changes don't happen overnight, it has been difficult to corroborate that hypothesis... until now.

Using data collected of 10,000 local galaxies for the ATLAS and GAMA projects, researchers have finally been able to show  how galaxies can, and have, changed over time. For the purpose of the research, the galaxies were divided into two groups: large oval galaxies, and smaller ones with flat, rotating discs.

The team then used the Hubble and Herschel Telescopes to look back in time, to 8 billion years after big bang—when the universe was a different place. The found that, back then, around 83 percent of stars resided in flat, disc-shaped galaxies. Whereas, in local galaxies (which we see as they appeared millions of years ago), only 49 percent of stars reside in disc-shaped spirals, while the rest belong to ellipticals. This, to them, proves that galaxies have shifted over time, transforming from spiral to elliptical galaxies.

“Many people have claimed before that this metamorphosis has occurred, but by combining Herschel and Hubble, we have for the first time been able to accurately measure the extent of this transformation,” said Professor Steve Eales, the lead author of the new study, “Galaxies are the basic building blocks of the universe, so this metamorphosis really does represent one of the most significant changes in its appearance and properties in the last 8 billion years.”

Astronomers currently have a couple of theories about why the galaxies have changed so much: one is that oval galaxies take shape when spiral galaxies collide, rip each other apart and ultimately recombine, forming one big, elliptical galaxy. The other possibility is that stars in disc-shaped galaxies slowly migrate to the center of host galaxies over time, eventually creating a gigantic centralized cluster of stars that are elliptical in shape and structure.

This new information will certainly help astronomers in their quest to determine which theory is correct, and it may also lead to improved models of how the universe itself formed and evolved.

"This study is important as it establishes statistics showing that almost all stars formed in spiral galaxies in the past, but a large fraction of these now appear as large, dead, elliptical galaxies today. This study will require us to refine the models and computer simulations that attempt to explain how galaxies formed and behaved over the last 13 billion years," Professor Asantha Cooray, a co-author of the study, expanded.

Matthew Allen—a PhD student who was part of the research team—perhaps explained the importance of this study best: "This is a huge step in understanding how the galactic population has evolved over billions of years. Using some of the most cutting edge data and techniques, we are finally beginning to understand the processes that have shaped our universe."