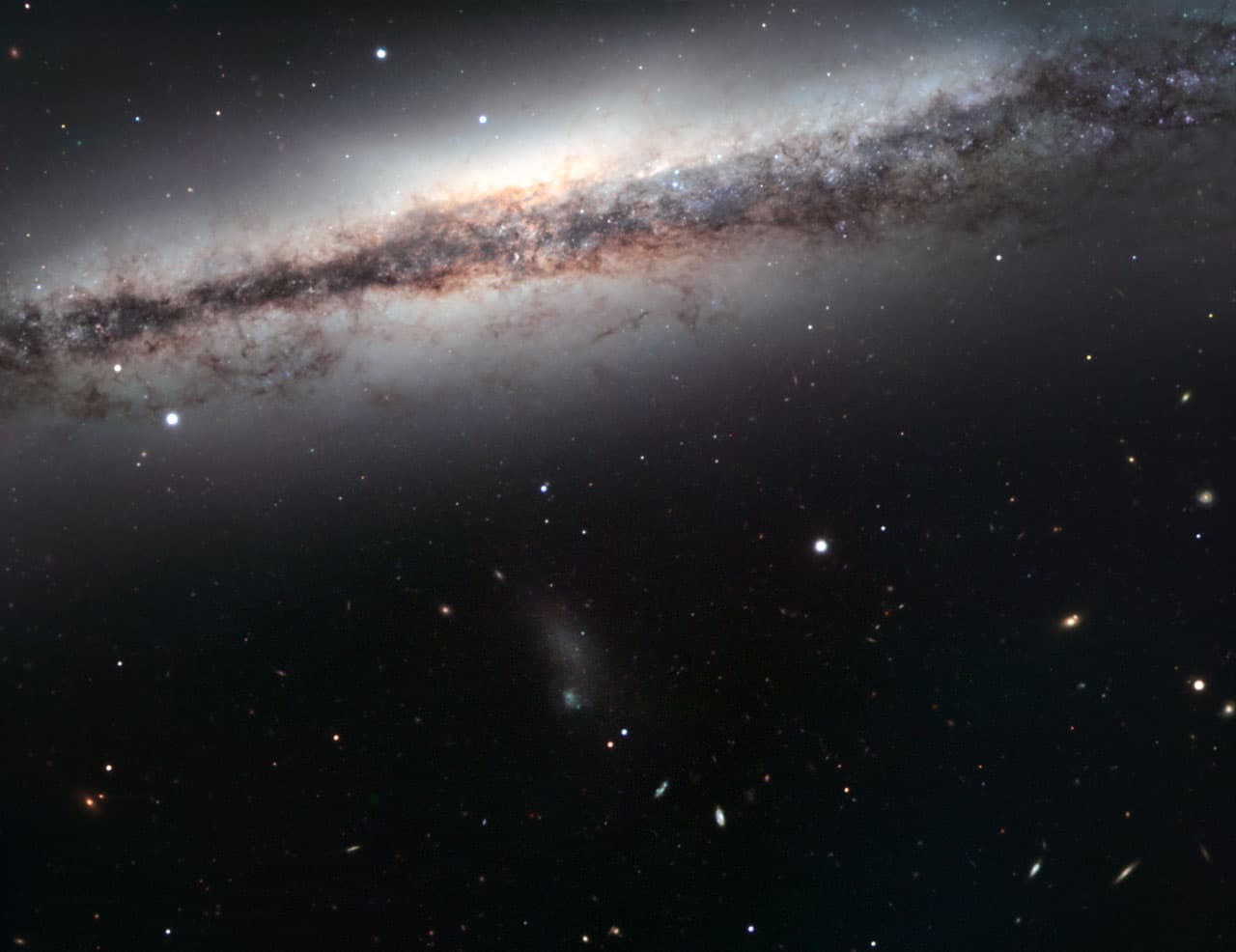 Meet a stunning galaxy known as NGC 3628 (it also goes by another name; the “Hamburger Galaxy”). It can be found around 35 million light-years from Earth in the Leo constellation.

It might not be apparent, but this spiral galaxy hasn't had it easy over the last million years or so. Recently, NGC 3628 and its two neighbors—Messier 65 (M65) and Messier 66 (M66), which collectively comprise a small galaxy group known as the Leo Triplet—are involved in a galactic version of tug-o-war—a choreographed cosmic dance involving the force of gravity.

As a result of its movements through space, and previous interactions with other members of the Leo Triplet, the shape of the galaxy pictured here was deformed, and a new era of star formation commenced (its galactic disk was affected the most. See a larger version here).

From the European Southern Observatory (ESO):