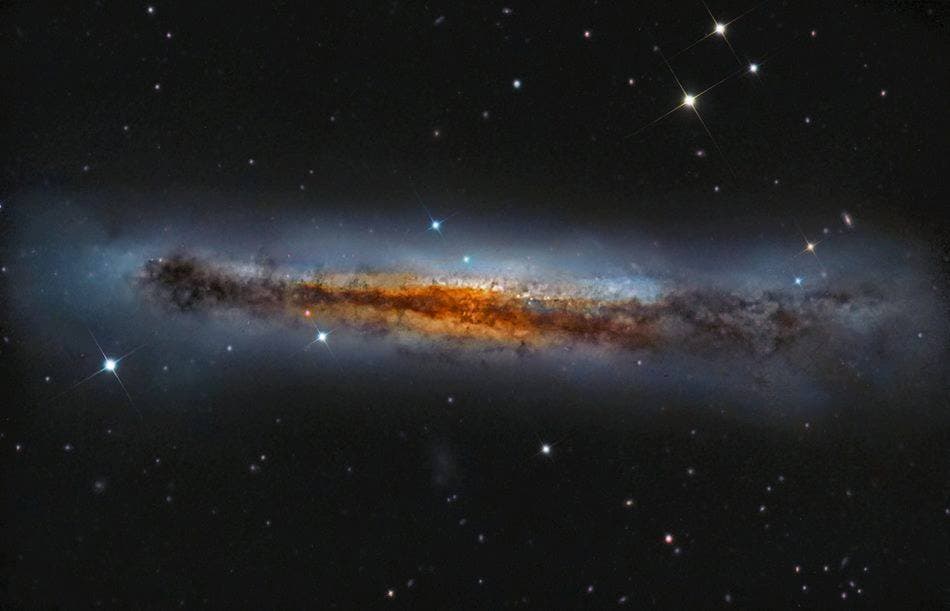 In this spectacular photo, captured by the talented Alessandro Falesiedi, we see an edge-on galaxy in unprecedented detail. It may, in fact, be the most detailed galaxy of its kind.

The galaxy, formally known as NGC 3628 (it also goes by the more popular name; the "Hamburger Galaxy") is located more than 35 million light-years from Earth in the constellation of Leo. As you can probably see,  this picturesque beauty is experiencing quite an increase in star formation activity, which is especially noticeable near its galactic disk.

This section is merely a small part of a much larger whole,; with the galaxy itself spanning an impressive 100,000 light-years  across (such a diameter makes it essentially the same size as our own galaxy, the Milky Way).

Located within the general vicinity of NGC 3628 are two other spiral galaxies, each similar in size, shape and classification (they just look different depending on your vantage point); known as Messier 65 (M65) and Messier 66 (M66). Together, the three of them comprise the Leo Triplet.