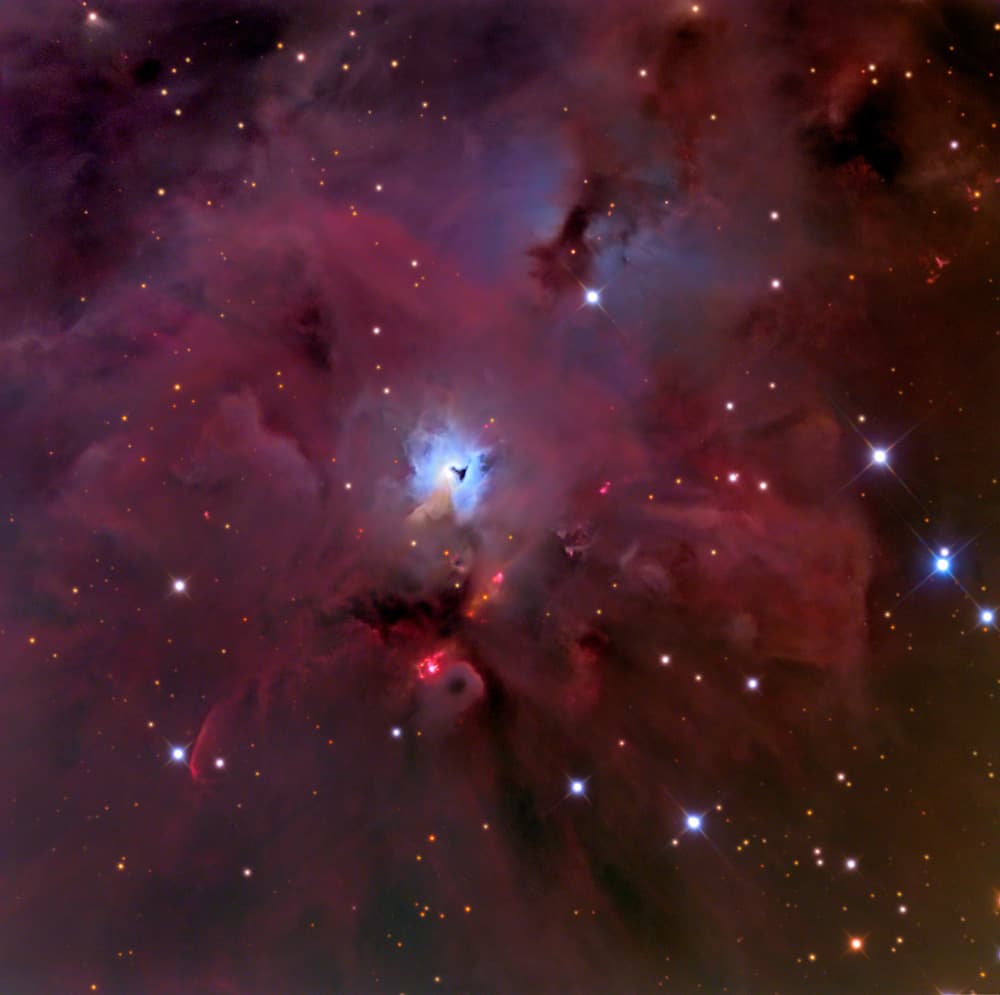 In this beautiful part of our galaxy, numerous high-mass stars exude light from beneath the gas clouds that comprise the Orion Molecular Cloud Complex, which lurks approximately 1,600 light-years away from Earth in the constellation of the same name (Orion).

Naturally, the Orion Molecular Cloud is home to the Great Orion nebula, and other regions of similar prestige (like the Horsehead Nebula, Barnard's Loop, and Messier 78). The object pictured above is far more obscure, but stunning all the same.

Known as NGC 1999, said region is technically a reflection nebula by designation, but by we do ourselves a disservice by simply referring to it as that, instead of fully appreciating its complexity. As you can see, the region has several different faces besides the reflection part. It also has beautiful strands of dark, light-obscuring dust, called dark nebulae.

However, if one wanted to pinpoint the most intriguing part, it would have to be the environment surrounding its central star, known as V380 Orionis. This stellar heavyweight weighs about 3.5 times the Sun, and is more than twice as hot.

These qualities make the star a force to be reckoned with. You see, as the star releases ultraviolet radiation via stellar winds, it chips away at the gas surrounding it bit-by-bit, carving out its own cosmic cavern. Additionally, its light also reflects off the dust, which generates the characteristic blue glow of a reflection nebula.