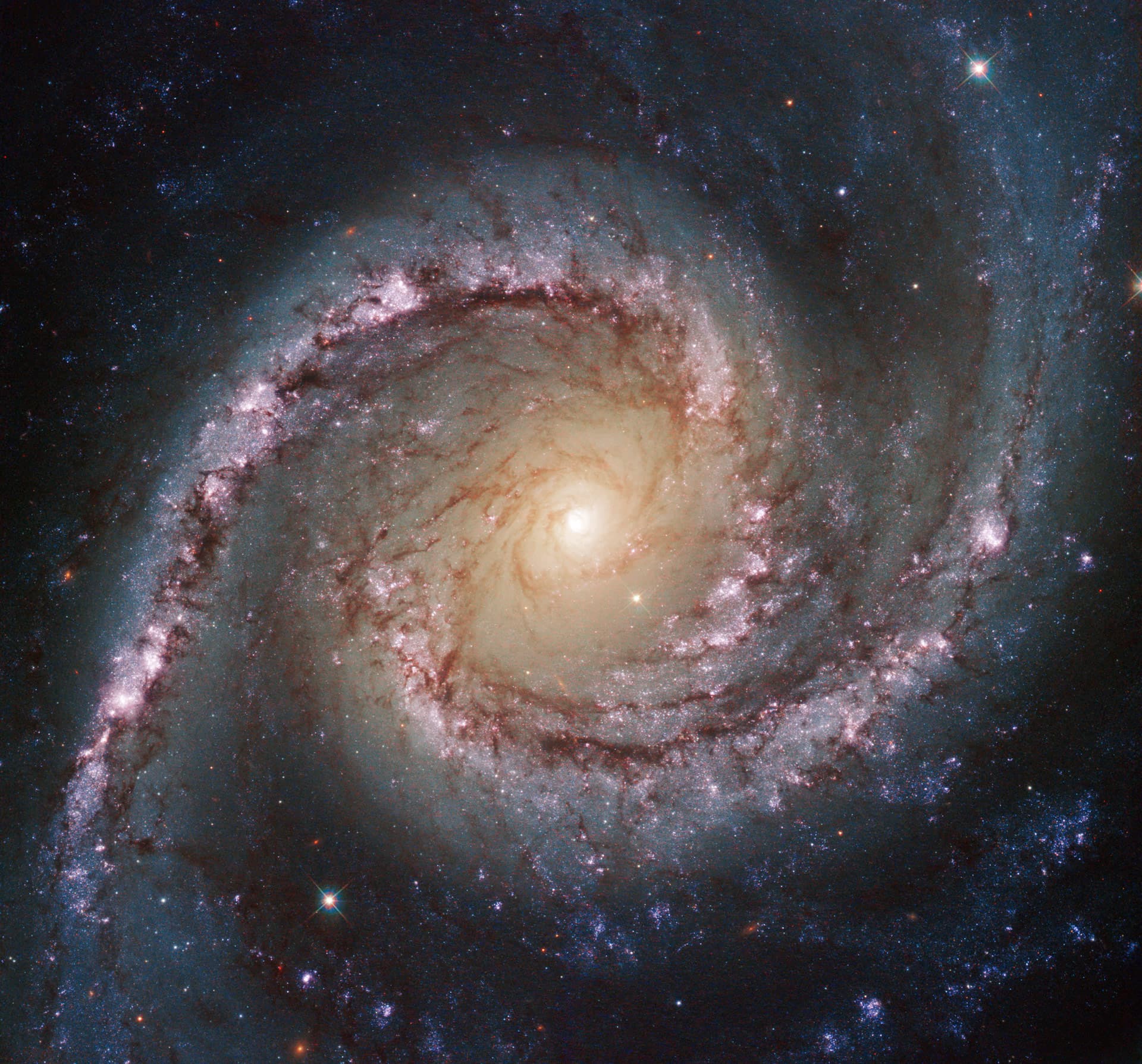 This beautiful spiral galaxy is NGC 1566, an object located approximately 60 million light-years away from Earth in the constellation Dorado. As gorgeous as it is, NGC 1566 isn't the most typical spiral galaxy. Rather, it is an intermediate spiral galaxy, meaning that, for the sake of classification, it walks the line separating barred spiral galaxies, like the Milky Way, from those lacking in bright central bars.

It is also the dominant and brightest member of the Dorado Group; a loose collection of galaxies that, when combined, approach the size of a normal galaxy cluster. It's also the most dynamic grouping of stars found in the southern hemisphere. The faint blue light is coming from older, more evolved stars, while the "glowing" red spiral arms are a dead-giveaway that active star formation is taking place within the galaxy. Much of the activity, but not all of it, is focused in its two symmetric arms This - along with its likeness to other grand design spirals (such as the Whirlpool galaxy) - help add to the allure.

Similarly, the small and very luminous blue nucleus tells us that this is a Seyfert galaxy, or a galaxy that emits radiation from a very small region in its core.