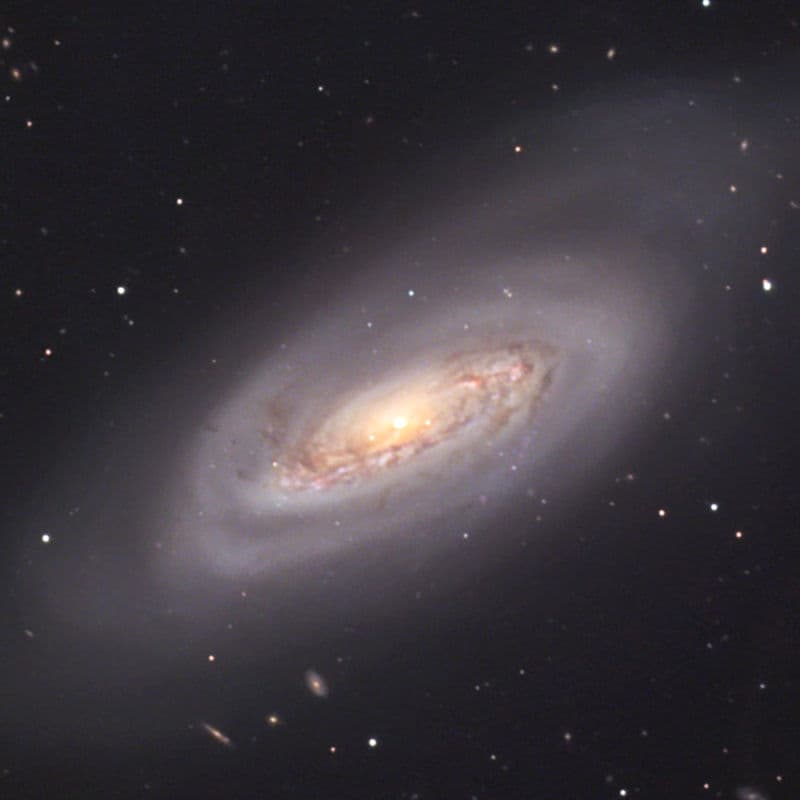 Messier objects are counted among the most beautiful in our local universe. The galaxy, dubbed Messier 90 (otherwise known as NGC 4569, or M90), certainly applies. It can be found approximately 60 million light-years from Earth in the constellation of Virgo.

Messier 90 is, by designation, a large spiral galaxy that trumps our own in size. While the Milky Way spans around 100,000 light-years across, M90 spans around 165,000 light-years (meaning, M90 is about 65% larger), and is one of the brightest galaxies within the 1,300-galaxy-strong Virgo Cluster, which it appears to be traveling out of.

In this image, we see Messier 90's tightly-wound spiral arms, which are unusual in the fact that they don't appear to be churning out too many new stars, its bright inner disk, and the dark lanes of interstellar dust woven throughout. Indeed, this is where the vast majority of star formation activity is taking place, yet the most active part is definitely the central core.

Within this compact region, there are around 50,000 stars, most quite young and very energetic, only living for a few million years before they explode as supernovae. In fact, because of ram pressure stripping, the guts of these dead stars created the huge 'halo' surrounding M90.

Additionally, there is some evidence to suggest Messier 90 is interacting with one of its neighbors: an irregular galaxy known as IC 3583 (it can be seen in the image above). If so, the galaxy won't remain spiral for long, it will likely morph into a lenticular galaxy.