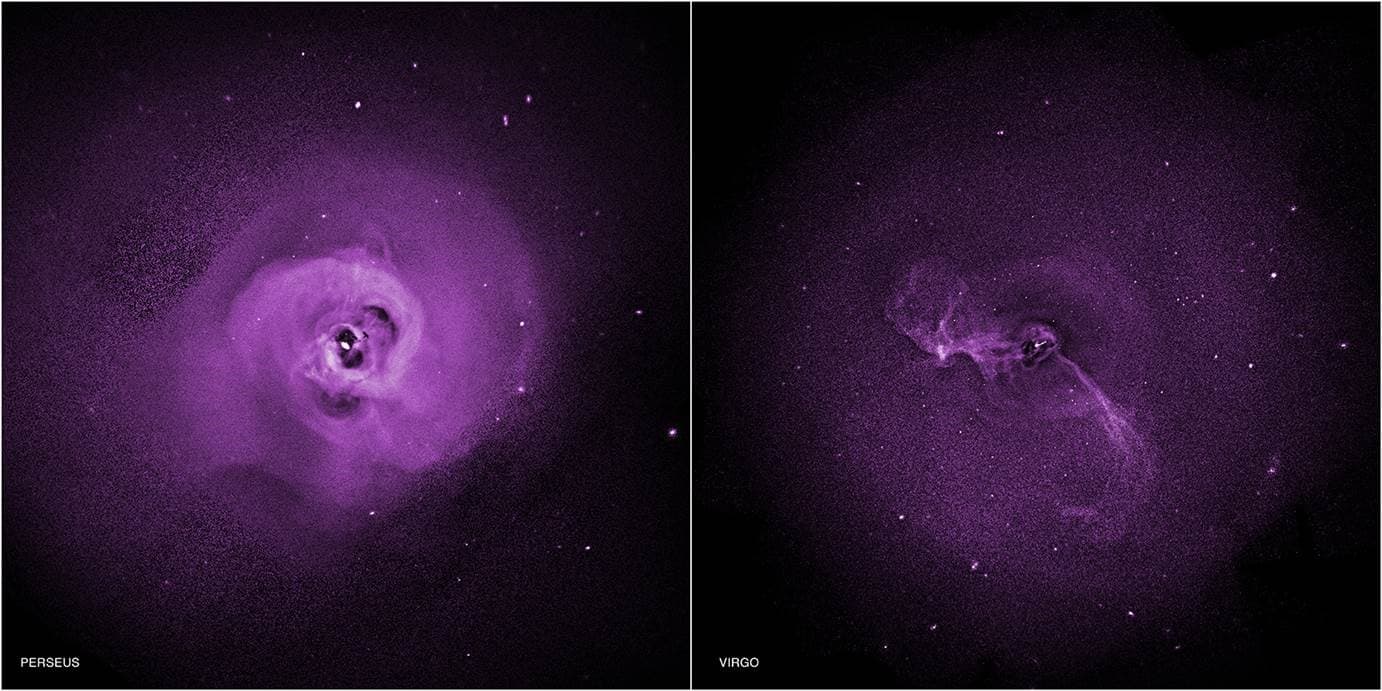 Using the powerful eye of the Chandra X-Ray Observatory, a team of astronomers have come another step closer to solving a tantalizing mystery surrounding stellar birth, one that spans back several years.

Anyone that has ever been on an airplane should be familiar with turbulence; the "force" that makes the ride uncomfortable, if not completely terrifying, at times. Naturally, turbulence — which is explained under the framework of fluid dynamics — isn't exclusive to Earth. In fact, wherever there is liquid, jet streams and pressure, turbulence surely follows.

Before we get into turbulence and its role in star formation, we must first look at the most fervent location of star formation activity: gargantuan galaxy clusters. We've long known that these large collection of galaxies — held together by the sheer force of gravity (with backbones comprised of the elusive dark matter) — make up all large-scale structures. Each of the hundreds, sometimes thousands, of galaxies are encased by huge quantities of gas, which is super-heated to the point that it shines brightly at non-optical wavelengths. In turn, they are a source of interest to X-ray observatories like Chandra.

Previous observations of the inner-workings of galaxy clusters have shown that decidedly, there appears to be a lack of star formation activity.. at least not nearly as much as there should be. As the gas, which can become hotter than a million degrees, cools down, it should give life to an extremely large number of stars, which isn't the case in most instances.

“We knew that somehow the gas in clusters is being heated to prevent it cooling and forming stars. The question was exactly how,” said Irina Zhuravleva, the study's author, from Stanford University. “We think we may have found evidence that the heat is channeled from turbulent motions, which we identify from signatures recorded in X-ray images.”

Enter turbulence. Using Chandra, the researchers set their sights on two large galaxy clusters, Perseus and Virgo. By studying and charting fluctuations in the density of their gas, it painted a clear picture of just how much turbulent flow said gas experiences.

“Our work gives us an estimate of how much turbulence is generated in these clusters,” said Alexander Schekochihin (from the University of Oxford). “From what we’ve determined so far, there’s enough turbulence to balance the cooling of the gas."

The next step is to confirm the same is true with additional galaxy clusters, but the results, which are set to be published in the latest edition of 'Nature,' look promising at this point.