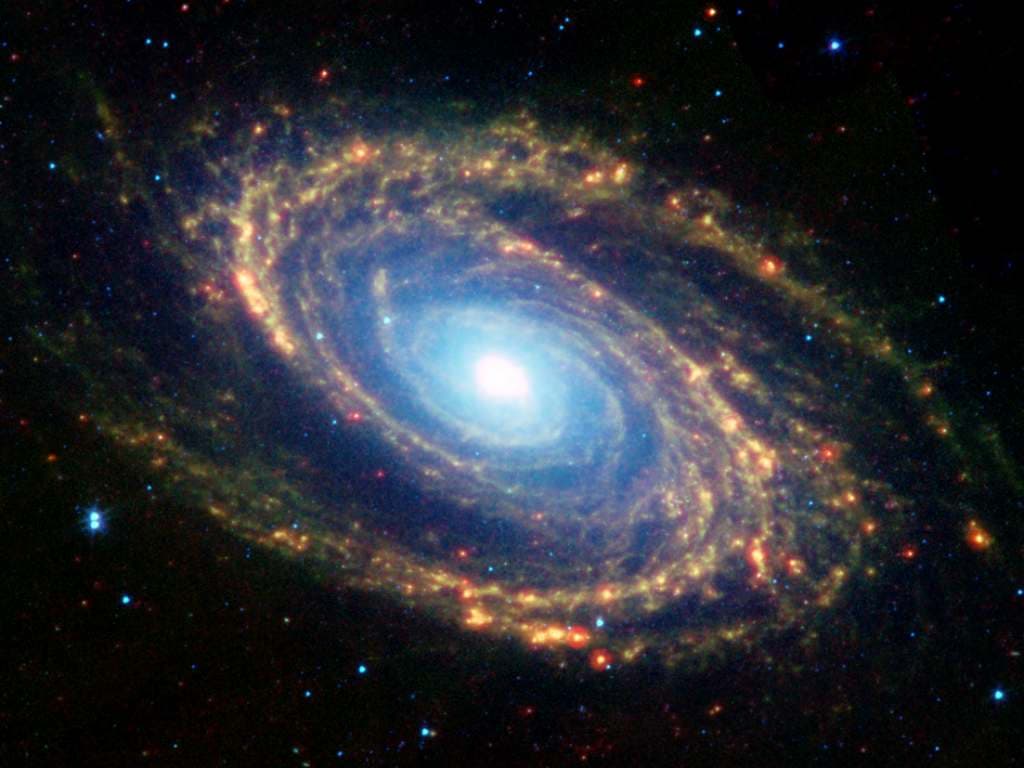 This is M81 (also known as Messier 81, or Bode’s Galaxy). It can be found approximately 12 million light-years away from Earth, toward the constellation of Ursa Major. It should go without saying (it is considered a grand design spiral galaxy, after all), but this galaxy is utterly impressive in size and appearance, from its bright central core, to its dusty spiral arms.

Of course, its nucleus hosts a supermassive black hole that millions of stars forged, perhaps as many as 70 million Suns. As it feeds on stars, planets and gaseous materials that wander too close, it provides some of the light that makes the core so spectacularly bright (at optical wavelengths, and at those in the x-ray part of the electromagnetic spectrum).

This particular image of Messier 81 was captured a long time ago using two instruments—the Infrared Array Camera (IRAC) and the Multiband Imaging Photometer (MIPS)—on the Spitzer Space Telescope (in fact, this was one of the very first images taken by Spitzer); It reveals details of the galaxy at near-infrared wavelengths. Places of green may be composed of polycyclic aromatic hydrocarbons, whilst red is representative of heated dust. Blue comes from "stellar emission observed at 3.6 μm." (See a larger image here)