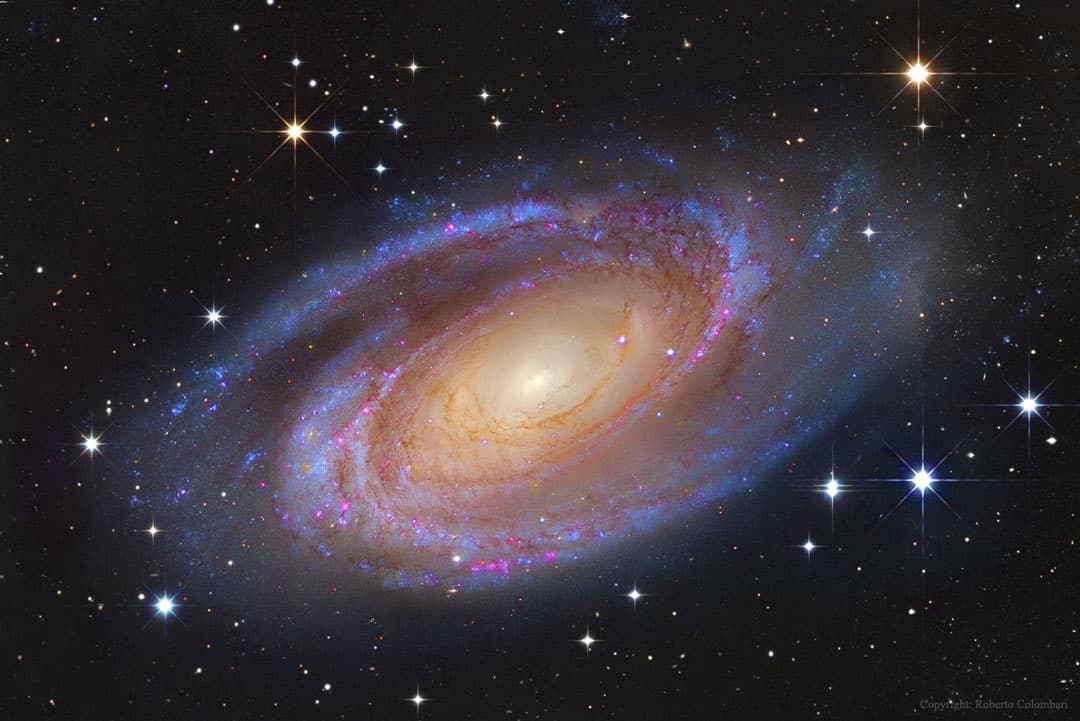 In what has to be one of the most stunning images ever taken of any galaxy, ever, we come across Messier 81 (also known as Bode's Galaxy), which lurks about 12 million light-years from Earth in the Ursa Major constellation.

As you can see, Messier 81 has a very impressive central core. It, like most other large galaxies, hosts a heavyweight supermassive black hole in its nucleus. This one happens to have the mass of about 70 million Suns. Additionally, it shines so bright because it has plenty of the raw materials for star formation. However, most of said star formation is taking place within its brilliantly blue spiral arms. The environment breeds an excessive amount of large, metal-poor, blue-white stars that burn brilliantly, before going out in a blaze of glory.

Providing contrast are M81's numerous dust lanes. One of them, in particular, is most interesting; the dust lane that dips straight through the galaxy's disk, and a bit to the left of the galactic center (opposite of the spiral arms). Astronomers hypothesize that this wandering dust lane is the result of a gravitational encounter between M81 and one of its smaller neighbors (Messier 82, or the Cigar Galaxy, is the most likely culprit).