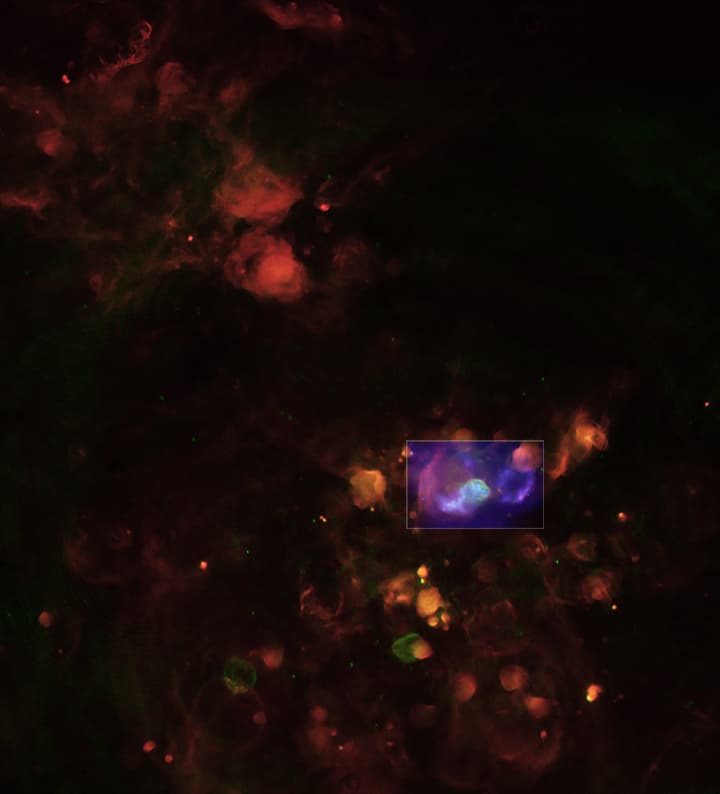 The Small Magellanic Cloud, which can be found just 200,000 light-years from Earth, is among our galaxy's nearest neighbors, but don't let the "small" part fool you—the SMC contains millions of stars, in various stages of stellar evolution.

This stunning star forming region is one of them. Called LHa115-N19 (N19, for short), it exhibits many strange characteristics, which can be seen in red and green in this image from Chandra.

The areas marked in red show regions in which newborn stars have ionized their stellar envelopes; green-tinged portions of the image depict radio data; while blue and purple are representative of light at x-ray wavelengths. When compiled, astronomers see compelling evidence of "superbubble" formations. Per NASA: