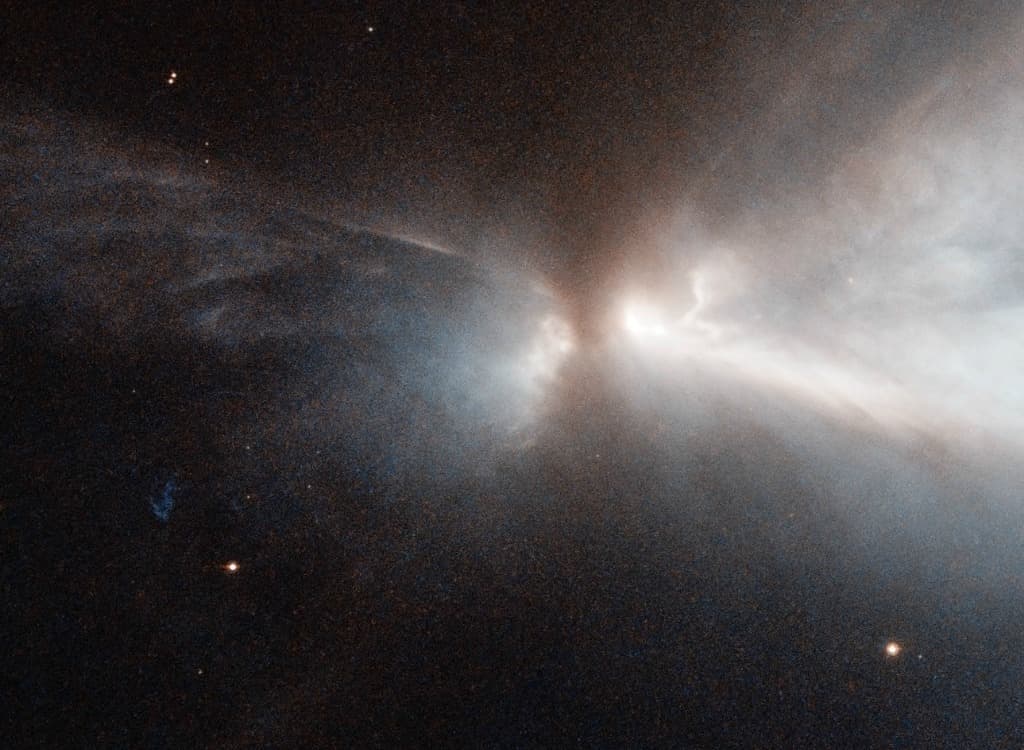 Sometimes, nebulae take on an ethereal, almost angelic, appearance. HH 909A—found around 500 light-years from Earth toward the constellation of Chamaeleon—is one of them.

This new(ish) image, taken by the Hubble Space Telescope, charts the movements of a protostar on the cusp of becoming something greater. Even though it hasn't yet begun fusing elements in its core—the point protostars become fully-fledged nuclear furnaces—it still has a powerful effect on its surroundings. The most apparent features are the work of two narrow, but long, jets of gas streaming from the star's poles. When the superheated jets interact with the cooler surrounding gas, it creates the characteristic glow of this nebula and others.

Astronomers believe all stars experience something similar prior to the commencement of the main-sequence phase of stellar evolution. They shed gobs of material, with streams that travel at speeds exceeding several hundred miles per second. The corresponding nebulosities, known as Herbig-Haro objects, are subject to change very quickly..even on human terms. They tend to disappear just as quickly as well.

They are also found within non-isolated star-forming regions and molecular clouds. In fact, HH 909A actually resides in the Chamaeleon I molecular cloud.

It's just one of many, for that matter. Most are equivalent to the Sun in mass, but a few are paired with brown dwarfs. (See a larger image here)