Astronomy Photo of the Day: 9/20/15 — Ganymede Waves Goodbye to Jupiter 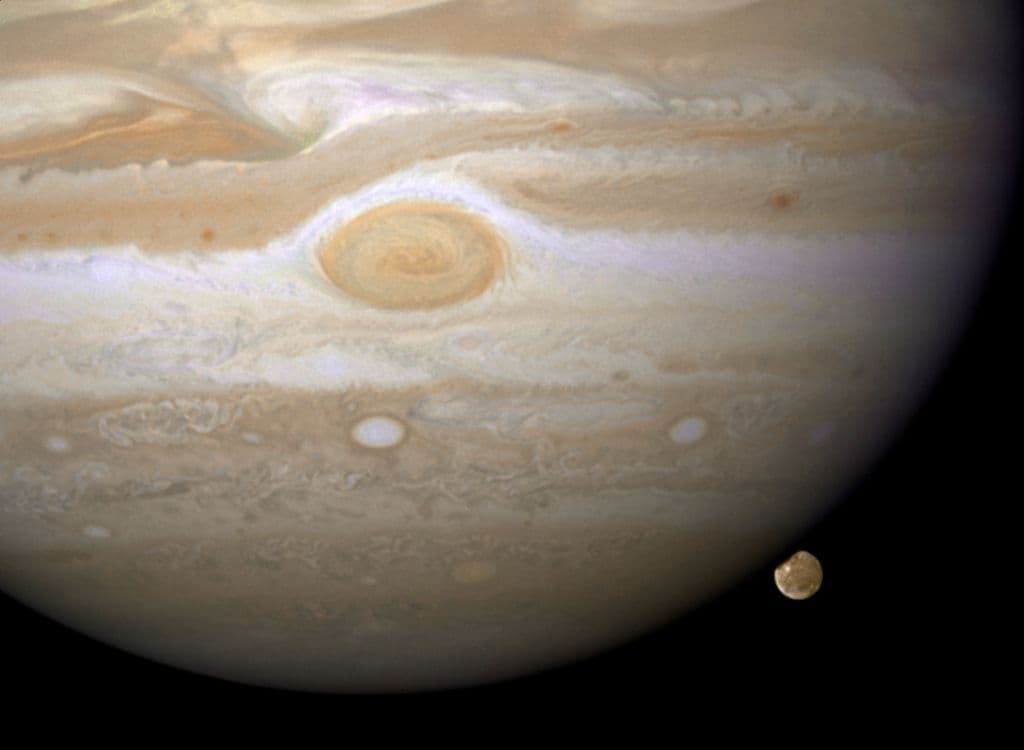 The largest planet in our solar system (Jupiter) and the largest moon (Ganymede) are hanging out together in an image one would expect to have been taken from an orbiter. Only it wasn't sent back to Earth from Voyager or Galileo. Rather, this image was captured many moons ago by the Hubble Space Telescope, which resolved Ganymede to such a clear degree that we can even make out some of its surface features—like one of its most prominent and sizable craters: Tros.

Ganymede—named after the divine hero of Troy from Greek mythology—is one of the four Galilean moons of Jupiter (the other three being Europa, Io and Callisto). Spanning around 3,273 miles (5,268 km) wide, it isn't just the largest moon in our solar system, but it's a wee bit larger than the smallest planet (Mercury).

Hubble caught a glimpse of the object just as it was about to disappear from sight—only to reappear 7 days later... when the moon completes another orbit around Jupiter. Importantly, its orbit, which happens to be tilted nearly edge-on from our vantage point, often allows us to watch as Ganymede and its parent planet engage in rounds of peek-a-boo.

Additionally, and it should go without saying, Jupiter is really, really large. So large, most of its southern hemisphere is out of view. As for the crater Tros, it (along with the associated white streaks) is almost as wide as the state of Arizona (USA).  (See a larger image here)