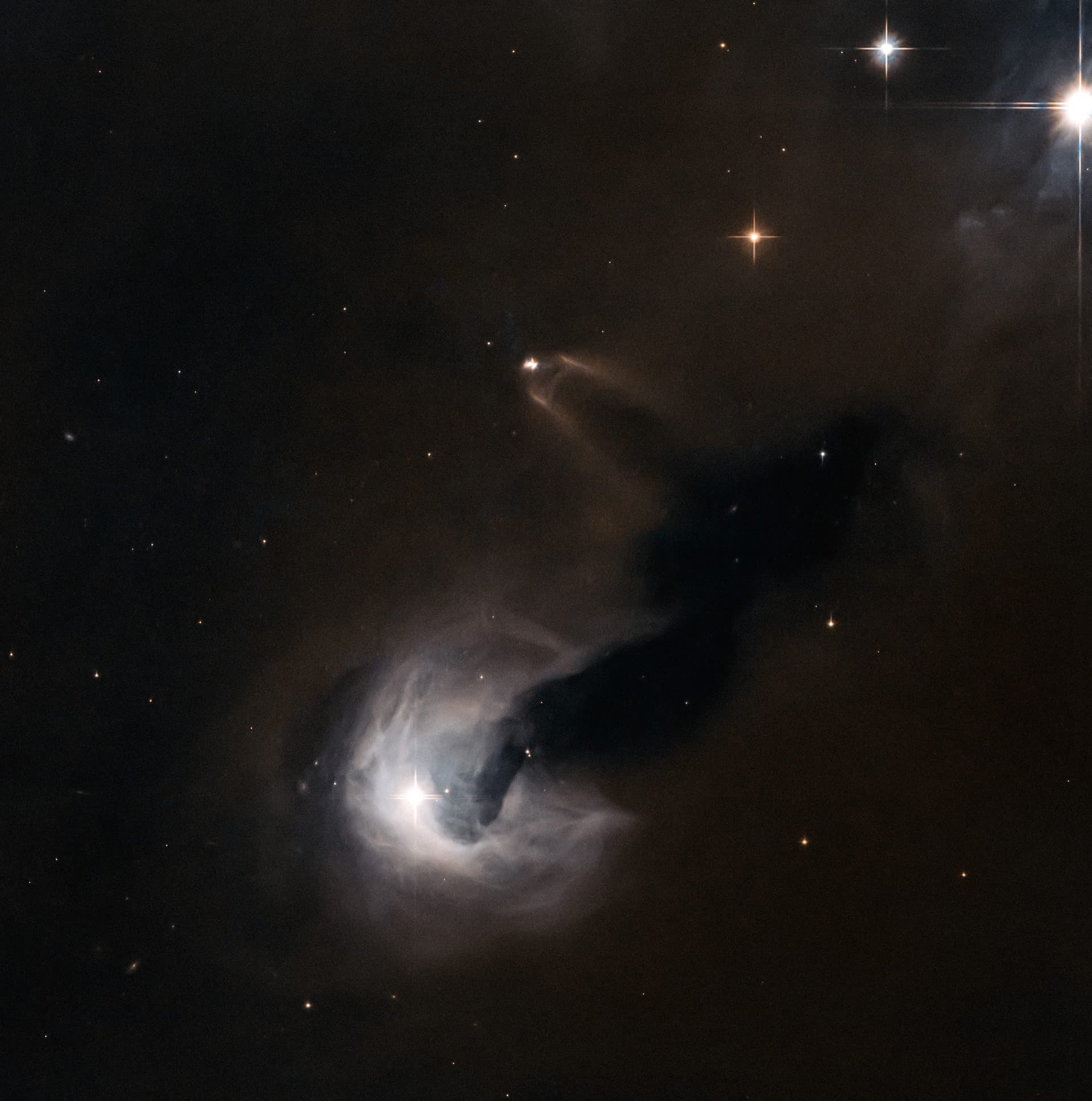 This newly-released image focuses on a region within our galaxy that is blanketed by thick clouds of gas and dust. Within those immensely large pillars are many noteworthy stellar objects, but none are more fascinating than the small star stacked near the center (and up to the right), memorably called SSTC2D J033038.2+303212.

This star, which appears to be perched on top of an immensely large pillar of smoke, is formally classified as a young stellar object (YSO). Objects of this type are essentially baby star seeds. They start out small and gradually acquire mass by siphoning it from nebular clouds. Consequentially, once a stellar embryo becomes large enough to spark nuclear fusion, it starts affecting its parent nebula in dramatic ways. With this example, we see that the central star has its own jets that spew light into the nebulous columns of dark, interstellar dust, illuminating the two streaks like a candle in the dead of night.

Visually, SSTC2D J033038.2+303212 has nothing on its neighbor — the large and very bright moon-shaped region hoovering near the left-hand corner (at the bottom) of this image. This region, known as [B77] 63, is an obscure reflection nebula: named as such due to the fact that its appearance stems from light being reflected by interstellar material.

Another region of interest, dubbed Dobashi 4173, is classified as a dark nebula.  In such regions, the dust is so thick, it obscures pretty much all of the light from embedded stars, which is why the cloud appears to be a hole within the nebula. The faint stars that appear to hoover in front of it are misleading. They exist, but not where you think they do. Rather, they are foreground stars between Earth and Dobashi 4173.