Astronomy Photo of the Day: 5/14/15 — The Dark Clusters of Centaurus A 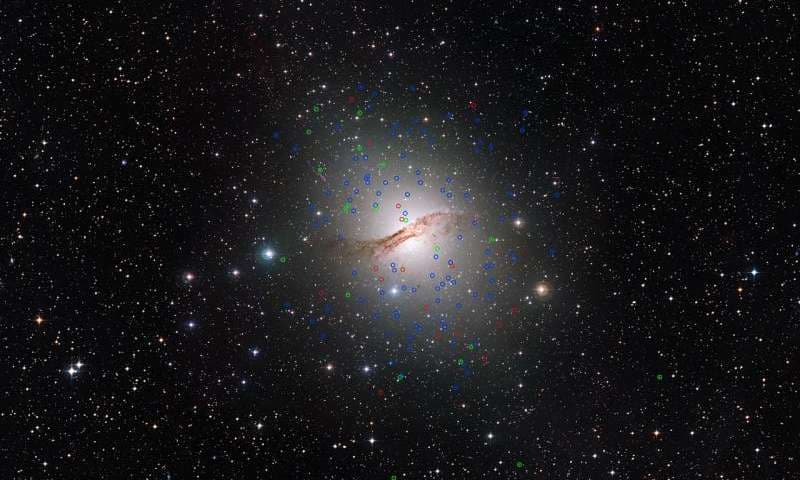 This beauty, called Centaurus A  (also known as NGC 5128), can be found about 12 million light-years from Earth in the constellation of Centaurus.

Centaurus A (‘Cen A’ for short) is a lenticular radio galaxy that happens to be one of the brightest galaxies in our local group. Some of this brightness is a result of the huge black hole that looms in its central region. As it siphons material from unfortunate neighbors, it drums up jets of light and radiation, which can be seen at its poles.

That's not the only thing present in its nucleus though, as well over 800 globular clusters have been identified within 60,000 light-years of spacetime

Many other candidates have been proposed over the years (in fact, estimates suggest it may have as many as 2,000 in all). Now, something unexpected has recently come to light, and it could not only challenge previous estimates, but our understanding of the age and shared composition of globular clusters  From the European Southern Observatory: