Astronomy Photo of the Day: 4/23/14 - The Neighborhood of the Cone Nebula 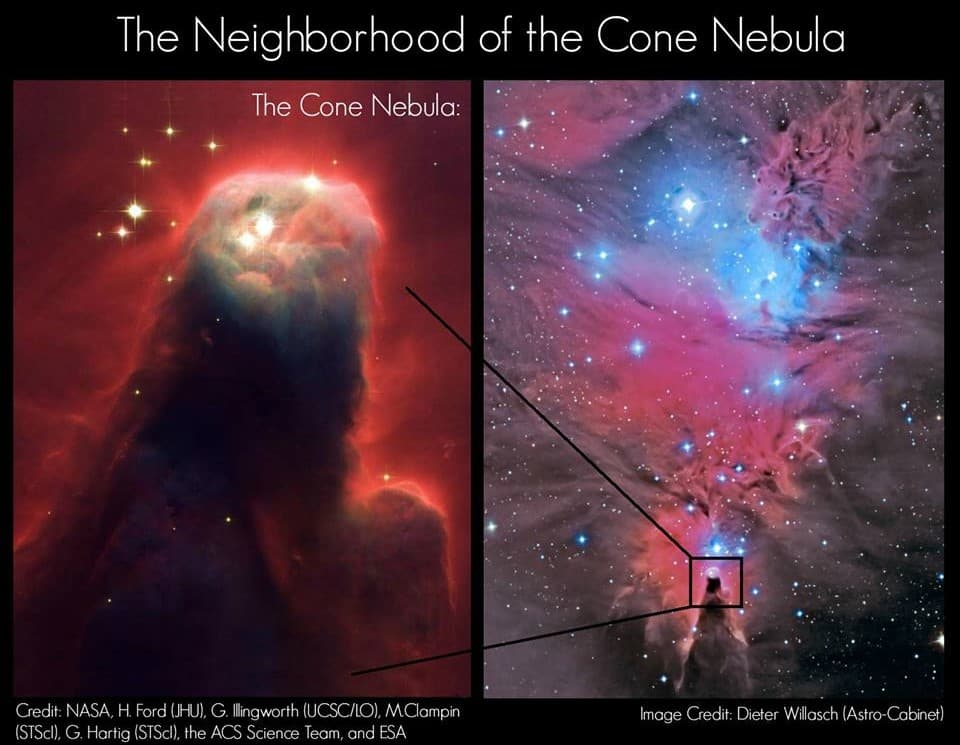 Here, we take a good look at the space in the general vicinity of the Cone nebula, which is a star forming region located more than 2,500 light-years from Earth in the constellation of Monoceros (it also looks like a massive space beast, doesn't it?).

First and foremost, we have the cone nebula itself, a giant pillar of stellar material, which can be seen peeking into the frame from the outermost edge of the left side of the image. This celestial beast has a diameter of a staggering 7 light-years (which is more than 7 times larger than our solar system overall). Next, we have S Mon (located in the blue portion of the image): the most noticeably bright star in the region. Just underneath S Mon, is the area dubbed the "Foxfur Nebula." Named as such due to the physical parallel between fox fur and the intricate layers of gas and dust, which are shaped by the fierce stellar winds that carve out the surrounding material.

Both S Mon and the Fox fur nebula belong to a young open cluster of stars, dubbed NGC 2264.

See a larger image of the left frame here, or a larger version of the right-hand region here.