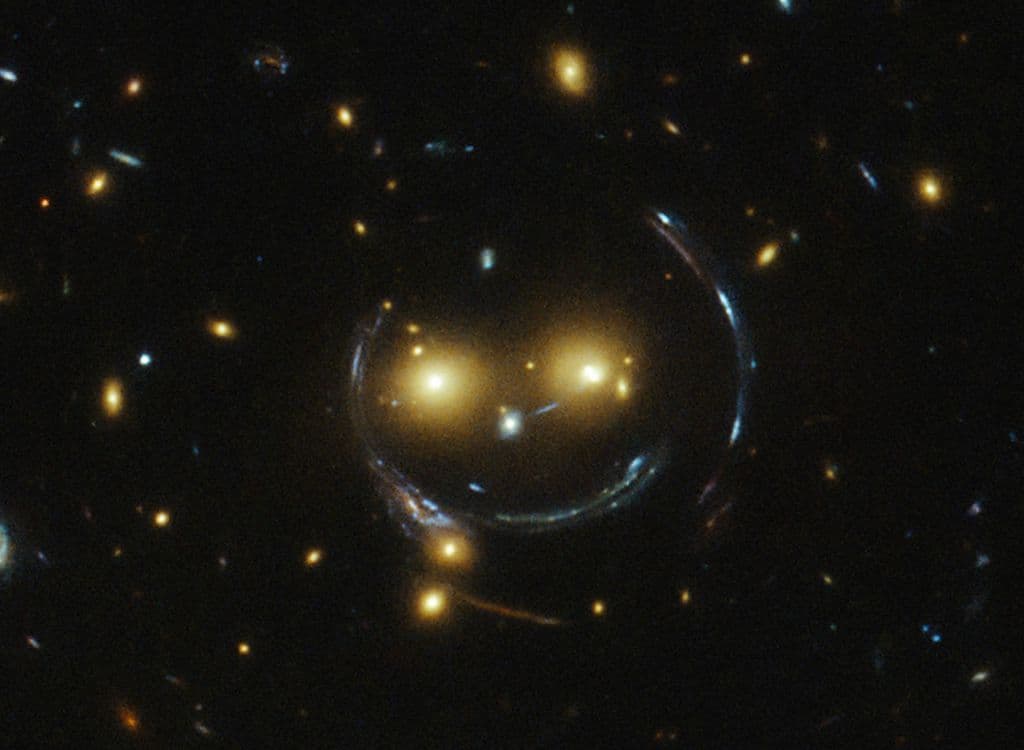 We've seen many beautiful galaxies with strange, almost-familiar qualities, including colliding galaxies that are shaped like a heart. Seeing familiar shapes and patterns in random data isn't a new thing — it even has a name: pareidolia.

In a new image taken by the Hubble Space Telescope, we come across a galaxy cluster with what looks to be a big grin plastered across its 'face;' called SDSS J1038+4849, it's a member of the J1038 cluster, and can be found approximately 4.5 billion light-years from Earth in the Ursa Major constellation.

The only reason these distant galaxies are clear is because they are being affected by a phenomenon called gravitational lensing, whereby the immense mass of a galaxy cluster warps the fabric of spacetime to such a high degree, its gravity turns it into a cosmic magnification lens. Specifically, when light encounters one of these lenses, it is bent and distorted; consequently, background objects appear much larger than they otherwise would.

NASA also notes that this is merely one version of SDSS J1038+4849 that was entered into the Hubble’s Hidden Treasures contest. Post processing was carried out by the renowned Judy Schmidt. (See a larger image here.)