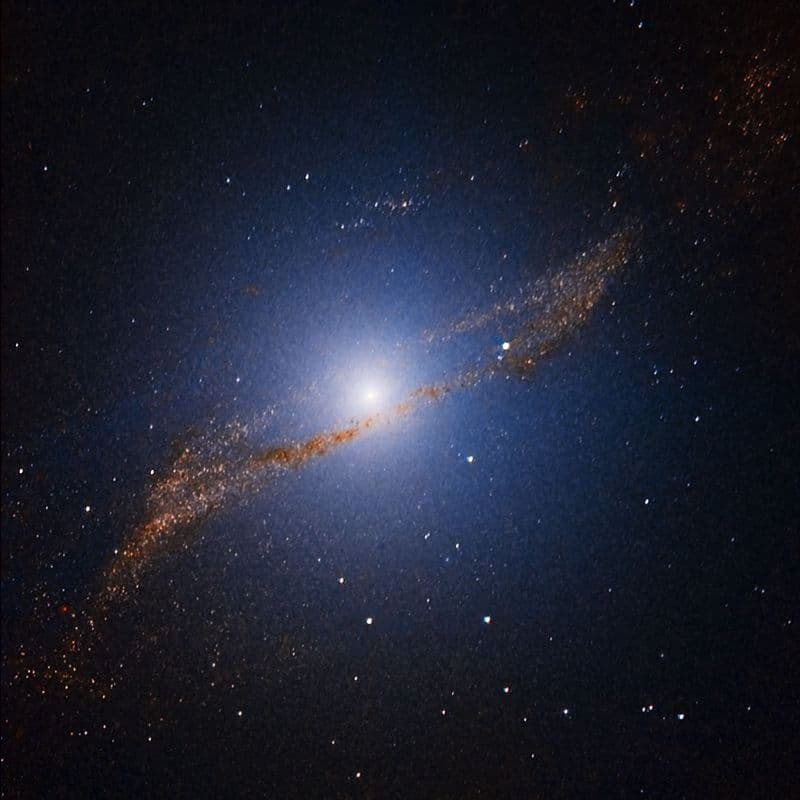 Thanks to the combined work of Hubble's  sensitive Advanced Camera for Surveys and its Wide Field Camera 3, astronomers have seen a stunning glimpse into the mechanism powering the huge halos that surround galaxies. This instance, the galaxy dubbed  Centaurus A (NGC 5128),  has proven itself to be very fascinating.

Astronomers have learned that the halo is much larger than originally expected, with them mapping approximately 450,000 light-years of its length (a distance that exceeds the size of our galaxy about 25 times over)  and some 295,000 light-years of its width. To put it in another way, this huge region hogs up a full 4 degrees of our sky (or about 8 times more space that the moon takes when its full).

Generally, when we think about galactic halos, we envision huge orbs of gas, but that clearly isn't the case here. This halo is comprised of millions, perhaps billions, of huge, shiny stars.

"Tracing this much of a galaxy's halo gives us surprising insights into a galaxy's formation, evolution, and composition," says Marina Rejkuba — the lead author of the study, who hails from the European Southern Observatory — "We found more stars scattered in one direction than the other, giving the halo a lopsided shape -- which we hadn't expected!"

Also unexpectedly, they found that the stars have a high metal content; even those that hang on the outermost fringes of the starry halo. Whereas, the stars that reside in our own galaxy's halo contain very little metals, just hydrogen and helium mostly.