"It’s evidence of a vein of toxicity running through the company culture." 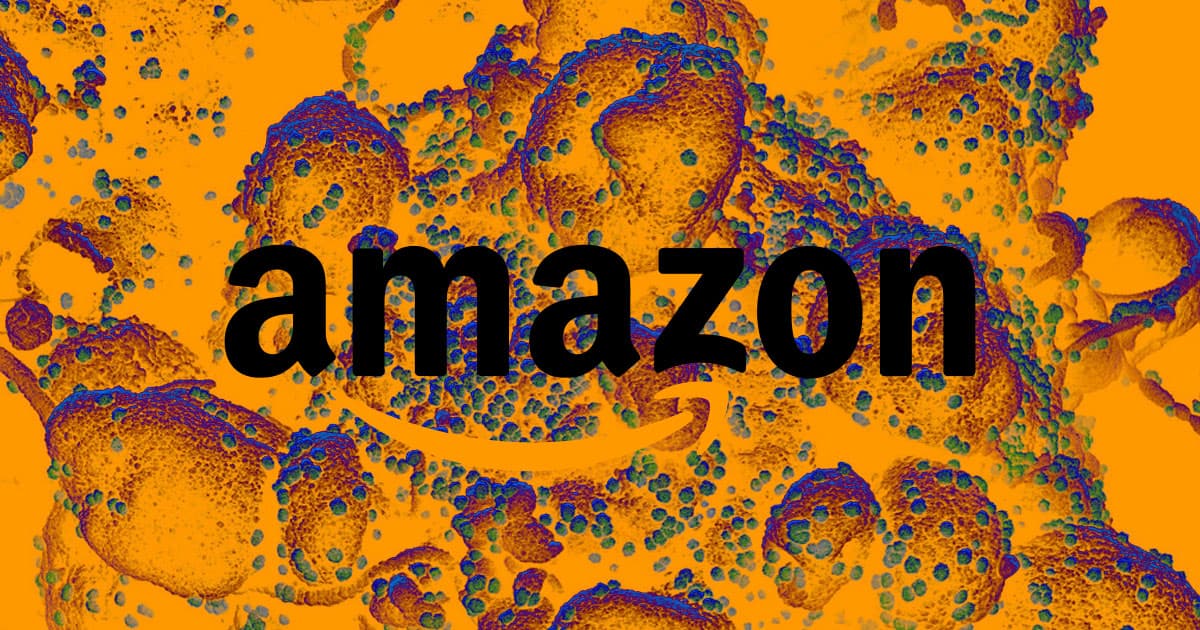 In a scathing letter, Amazon vice president and senior engineer Tim Bray announced he's leaving the company for "firing whistleblowers who were making noise about warehouse employees frightened of COVID-19."

Bray went as far as listing several "descriptive phrases you might use to describe the activist-firing," including "chickenshit," "never heard of the Streisand effect," and "painting a sign on your forehead saying 'Either guilty, or has something to hide.'"

The e-retail giant has found itself in hot water over reports of the company terminating several employees who raised concerns about its treatment of workers during the ongoing pandemic.

The company is reportedly facing a possible investigation in New York over the firing of a number of protesters.

Bray mentioned the firing of Emily Cunningham and Maren Costa in his letter, two former user experience designers, who raised concerns over warehouse worker treatment during the outbreak.

Amazon responded by claiming that Cunningham and Costa were let go for "repeatedly violating internal policies," as CNBC reports, stating that the company supports "every employee’s right to criticize their employer’s working conditions, but that does not come with blanket immunity against any and all internal policies."

A warehouse worker in Minnesota named Bashir Mohamed was also reportedly fired after speaking up about the facility's treatment of employees during the pandemic, as Buzzfeed News first reported last month.

The news comes after hundreds of Amazon workers staged a nationwide strike last month protesting the company's handling of the pandemic. An increasing number of Amazon warehouse workers across the globe are testing positive.

In a statement to VICE, Amazon blamed the workers, warning that some of its own employees are "spreading misinformation and making false claims about Amazon."

While Amazon CEO Jeff Bezos raked in an additional $24 billion in 2020 alone, governments are starting to pay attention to his company's actions. For instance, Amazon warehouses in France were court ordered to stop all but essential deliveries.

To Bray, Amazon's actions are symptomatic of something much more troublesome.

"Firing whistleblowers isn’t just a side-effect of macroeconomic forces, nor is it intrinsic to the function of free markets," his letter reads.

"It’s evidence of a vein of toxicity running through the company culture," he wrote. "I choose neither to serve nor drink that poison."

Read This Next
Company Town
Amazon Pays for High School Class About How to Be an Amazon Grunt
Sexy Masks
Study: Face Masks Make People Look More Attractive
Deadly Delivery
Amazon Wouldn't Let Driver Stop Deliveries as Tornado Struck
Phone It In
Amazon Under Fire for Workplace Cell Phone Ban After Deadly Warehouse Collapse
Stranded
Man Lost at Sea for 30 Days Says It Was a "Nice Break" From Pandemic
More on Future Society
Balloon News
Yesterday on futurism
China Says "Spy Balloon" Soaring Over America Is Completely Innocent
Down in Flames
Wednesday on the byte
Elon Musk Apparently Thinks Twitter Is a "Flaming Dumpster Rolling Down the Street"
All Tomorrow's Pa...
Wednesday on the byte
Party Startup Says It Has Zero Plans to Make Any Money With Investors' Funds
READ MORE STORIES ABOUT / Future Society
Keep up.
Subscribe to our daily newsletter to keep in touch with the subjects shaping our future.
+Social+Newsletter
TopicsAbout UsContact Us
Copyright ©, Camden Media Inc All Rights Reserved. See our User Agreement, Privacy Policy and Data Use Policy. The material on this site may not be reproduced, distributed, transmitted, cached or otherwise used, except with prior written permission of Futurism. Articles may contain affiliate links which enable us to share in the revenue of any purchases made.
Fonts by Typekit and Monotype.