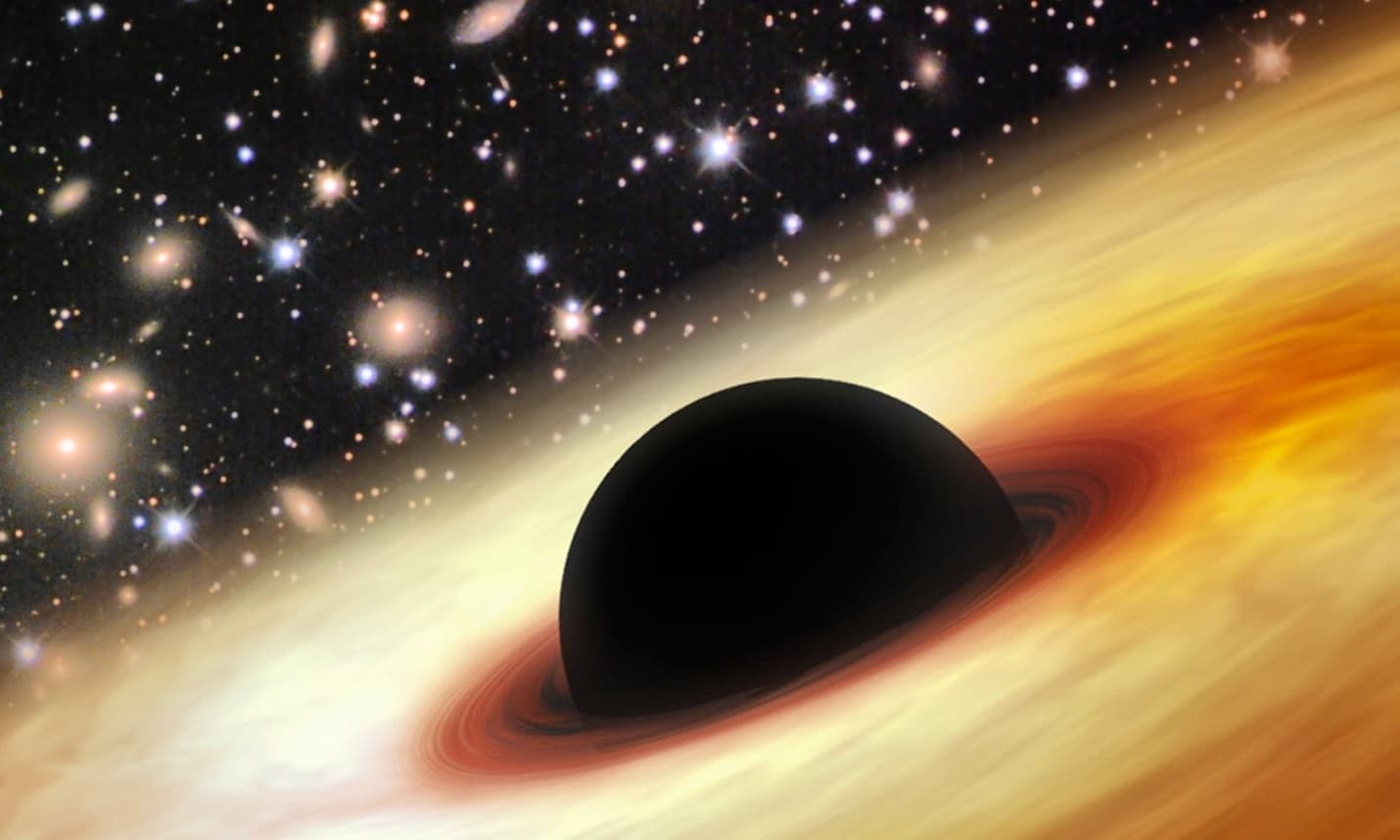 A team of astronomers recently found a black hole that is a staggering 12 billion times the mass of our sun. For comparison, our star is roughly 333,000 times the mass of Earth. This means that some 1.3 million Earths could fit inside one sun. Now multiply that number by 12 billion. That's how many Earths could fit inside this black hole...makes you feel a little smallish. If you need a visual representation of what this looks like, then take a look at this amazing video, which shows just how massive black holes are.

However, this black hole isn't just massive, it is also incredibly, incredibly old. Scientists assert that the light coming from this region is in the high redshift of light, which is a measure of how much a wavelength of the light has been stretched apart by the expansion of the Universe as it travels to Earth. Using this redshift, we are able to date cosmic objects. By using this method, scientists were able to assert that this black hole formed just 900 million years after the birth of our universe in the Big Bang.

This black hole ultimately raises some questions about how black holes grow and develop over time. This is because the growth rate of black holes is believed to have a limit—it is assumed that they can only grow so much in a set period of time; however, this one seems to have grown very quickly, challenging our assumptions about the lives of black holes.

“Forming such a large black hole so quickly is hard to interpret with current theories,” said Dr. Fuyan Bian, from the Research School of Astronomy and Astrophysics at the Australian National University, and author of the paper that appeared in the journal Nature.

The most current theories suggest that black holes grow as they absorb mass; however, as new material is absorbed, it is heated to amazing temperatures, which creates radiation pressure. This pushes the mass away from the black hole. "Basically, you have two forces balanced together which sets up a limit for growth," said Bian. This black hole seems to defy that limit.

And that's not all. This black hole is also incredibly bright: it lies at the center of a quasar. Quasars, or "quasi-stellar radio sources" are believed to be produced by supermassive black holes that are consuming a staggering amount of matter. They are the brightest objects in the known universe. Ultimately, some of these objects seem to be producing 10 to 100 times more energy than the entire Milky Way Galaxy in an area that's comparable to the size of our solar system.

The newly discovered quasar, which has been dubbed SDSS J0100+2802, is the one with the most massive black hole and the highest luminosity among all known distant quasars. The black hole was discovered by a team of global scientists led by Xue-Bing Wu at Peking University, China, as part of the Sloan Digital Sky Survey, which provided imagery data of 35 per cent of the northern hemisphere sky.