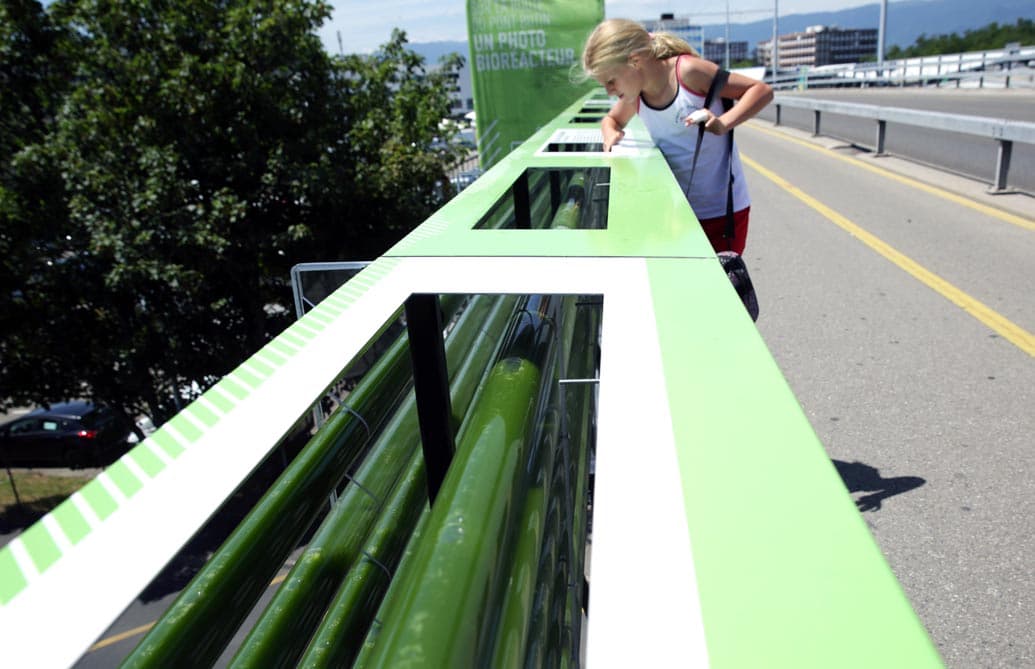 We generally like to think of ourselves as the most advanced organisms on the planet. There are a few animals that come in at a relatively close second (octopi, for example, are often extremely intelligent), but because of our 'superior' brain power, humanity is ultimately seen as the king of the globe. However, measuring brain power is just one way of accessing a species—this is just one kind of yardstick. And as it turns our, there are many, many organisms that can do a number of things that we can't (meaning that there are quite a few other yardsticks out there). For example, let's take a look at algae.

These plant-like microorganisms have a variety of uses and abilities. For example, some can  be used to produce biofuel and food sources. Some can even infect humans and mess with their brains. And best of all (for us, anyways), like other plants, algae makes the oxygen that we breath. And now, we are using this last feat in order to cleanup highway pollution.

Dutch and French designers from an organization called the Cloud Collective have turned a highway overpass in Switzerland into a kind of roadside farm.

This structure was created as part of a recent garden festival in Geneva, and it is meant to give people a new way of seeing the world—of reflecting on how our urban spaces can (and should) be a blending of technology and nature. The team writes, "the functioning and the placement of this bioreactor signals practices of the future: food production in an urban environment, the conservation of green space and the reinterpretation of existing infrastructures." As more and more landmass is plowed over to build roads and houses, we are going to need to rethink out domination of the globe and incorporate more sustainable technology into our architecture.

With this in mind, the team created an algae garden that uses the highway’s excess of carbon dioxide, coupled with sunlight, to transform the pollution caused by all of the cars into a unique kind of urban farming.

“Our site, a viaduct over a small highway, is particularly violent and quite out-of-tune with the idea of the garden as a peaceful natural haven. Instead, we focus on the character of the site and try to prove that even these locations of highways and car dealers – despite their anonymous and generic character – can play an important role in the production of food and biomass," the Cloud Collective team writes.

Notably, the system is quite straightforward and easy to replicate. The algae is cultivated inside tubes, and the system only requires a simple series of pumps, filters , and solar panels in order to function. Moreover, once the algae matures, they can be utilized in a number of different products (including the previously mentioned  biofuel, as well as nutrients, medication, etc.).

Watch this video to find out more about how the system works: