But the scientists who built it say it's the best tool against online propaganda. 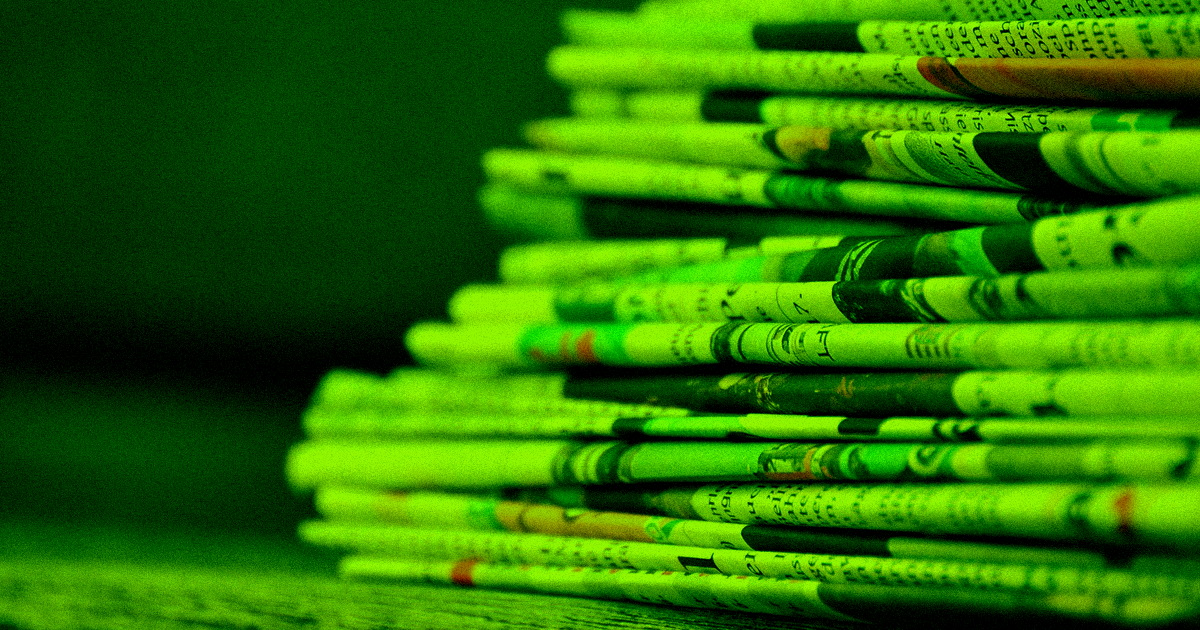 Image by congerdesign via Pixabay/Victor Tangermann

In an attempt to prevent artificial intelligence-generated fake news from spreading across the internet, a team of scientists built an AI algorithm that creates what might be the most believable bot-written fake news to date — based on nothing more than a lurid headline.

The system, GROVER, can create fake and misleading news articles that are more believable than those written by humans, according to research shared to the preprint server ArXiv on Wednesday — and also detect them.

"We find that best current discriminators can classify neural fake news from real, human-written, news with 73% accuracy, assuming access to a moderate level of training data," the researchers wrote in the paper. "Counterintuitively, the best defense against Grover turns out to be Grover itself, with 92% accuracy."

In other words, the algorithm is apparently able to detect AI-written fake news better than any other tool out there. But in the wrong hands, GROVER could fill the internet with dangerous propaganda and misinformation.

To help prevent fake news from taking hold, the University of Washington scientists who built GROVER announce in their research that they plan to release the tool to the public — a stark difference from the OpenAI team that refused to release the full version of its similar algorithm, GPT-2.

The algorithm can analyze more aspects of a news article than other tools, including not only the body of the article but also the headline, publication name, author name, and other details that could indicate foul play.

But that attention to detail also means that someone could use GROVER to create fake news of their own.

The study demonstrates how easily GROVER can churn out a news article falsely asserting that vaccines are linked to autism spectrum disorder, for instance, written in the distinctive styles of specific news outlets like The Washington Post, TechCrunch, The New York Times, and Wired. People who read GROVER's articles found them more convincing than those written by humans, according to the study.

Writing in the style of The NYT's science section, GROVER generated not only a headline, but also an author's name and the opening of a news article that attributes a link between vaccines and autism to scientists from UC San Diego and the federal government:

Those who have been vaccinated against measles have a more than 5-fold higher chance of developing autism, researchers at the University of California San Diego School of Medicine and the Centers for Disease Control and Prevention report today in the Journal of Epidemiology and Community Health.

In another example, the researchers demonstrate how GROVER can refine its output over time to better match a specific publication. They feed it with a headline about vaccines causing autism and tell it to match Wired's style.

GROVER uses that headline to write a full article, then goes back and refines the headline to make it look like something that Wired would publish. The researchers also included other fake articles in the style of The Washington Post claiming that Donald Trump had been impeached based on new evidence from the Mueller Report:

WASHINGTON — The House voted to impeach President Donald Trump Wednesday after releasing hundreds of pages of text messages that point to clear evidence of obstruction of justice and communication with the head of the Trump Organization about a potential business deal in Russia," the article reads.

The 220-197 vote came after weeks of debate over whether new evidence released by special counsel Robert Mueller's office signaled sufficient grounds for Trump's removal from office. The president personally denounced the move, announcing his intent to veto the resolution and accusing Democrats of plotting to remove him from office through a "con job."

The scientists concede that releasing GROVER to the world could be dangerous, but maintain that it's still the best line of defense against algorithmic propaganda, even that created by GROVER itself.

More on misinformation: This Site Tests Whether You Can Spot AI-Generated Faces

Read This Next
Much Appreciated
OpenAI's New AI Offers Detailed Instructions on How to Shoplift
Shooting Feet
After Saying He Wanted an Open Algorithm, Elon Musk Just Fired the Twitter Team Responsible for Doing Just That
White Voice
Cursed Startup Using AI to Remove Call Center Workers' Accents
My Picasso
OpenAI Says It's Fine to Sell Images Made With DALL-E 2
Craiyon Dreams
The Creator of That Viral Image Generating AI Loves All Your Weird Creations
More on Artificial Intelligence
Stratego AI
5:51 PM on the byte
Google Teaches AI to Play Stratego and It Becomes One of the World's Top-Rated Players
Age Gauge
4:00 PM on the byte
Disney Creates AI System to Automatically Change Age of Actors
Tone Deft
Friday on the byte
New AI Tells Children That Santa Isn't Real
READ MORE STORIES ABOUT / Artificial Intelligence
Keep up.
Subscribe to our daily newsletter to keep in touch with the subjects shaping our future.
+Social+Newsletter
TopicsAbout UsContact Us
Copyright ©, Camden Media Inc All Rights Reserved. See our User Agreement, Privacy Policy and Data Use Policy. The material on this site may not be reproduced, distributed, transmitted, cached or otherwise used, except with prior written permission of Futurism. Articles may contain affiliate links which enable us to share in the revenue of any purchases made.
Fonts by Typekit and Monotype.