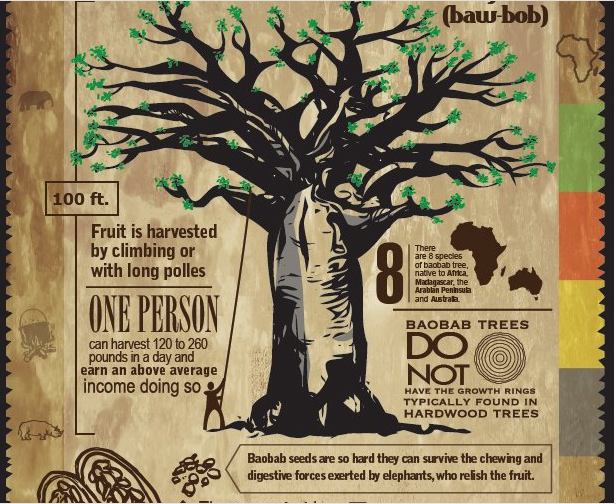 "There are a lot of things in life that we take for granted." We hear statements like this quite often; however, we generally don't stop and think about it too much. After all, if we did, then we wouldn't take things for granted so much (and there would be no need to repeat statements like this over and over and over). Unfortunately, many of the things that we take for granted literally keep us alive. For example, the air that we breath and the water that we drink. Ultimately, taking such resources for granted might not seem like a terribly big deal; however, it has led to numerous instances of air and water pollution.

Trees are another great example of the things that humanity takes for granted. We cut them down to build our houses, burn them to warm our homes, and level entire forests to grow coffee or build roads. So take a moment and get to know nature a little better.

Carbon dating has found living baobab trees that are over 6,000 years old, which is older than the Great Pyramid and Sphinx. Want some more  perspective? When some of the baobabs in Senegal were just reaching maturity, our ancestors were still using stone tools. And a number of the baobabs that European explorers came upon in the 1400s were already millennia old.

And they are big. The enormous size of some of the baobab trees has led to them being used as kind of makeshift buildings. The hollow trunks of large baobab trees have been used as houses, prisons, and even a pub.

READ NEXT: Meet The Oldest Trees on Earth