The 18-year-old “designed it completely from scratch.” 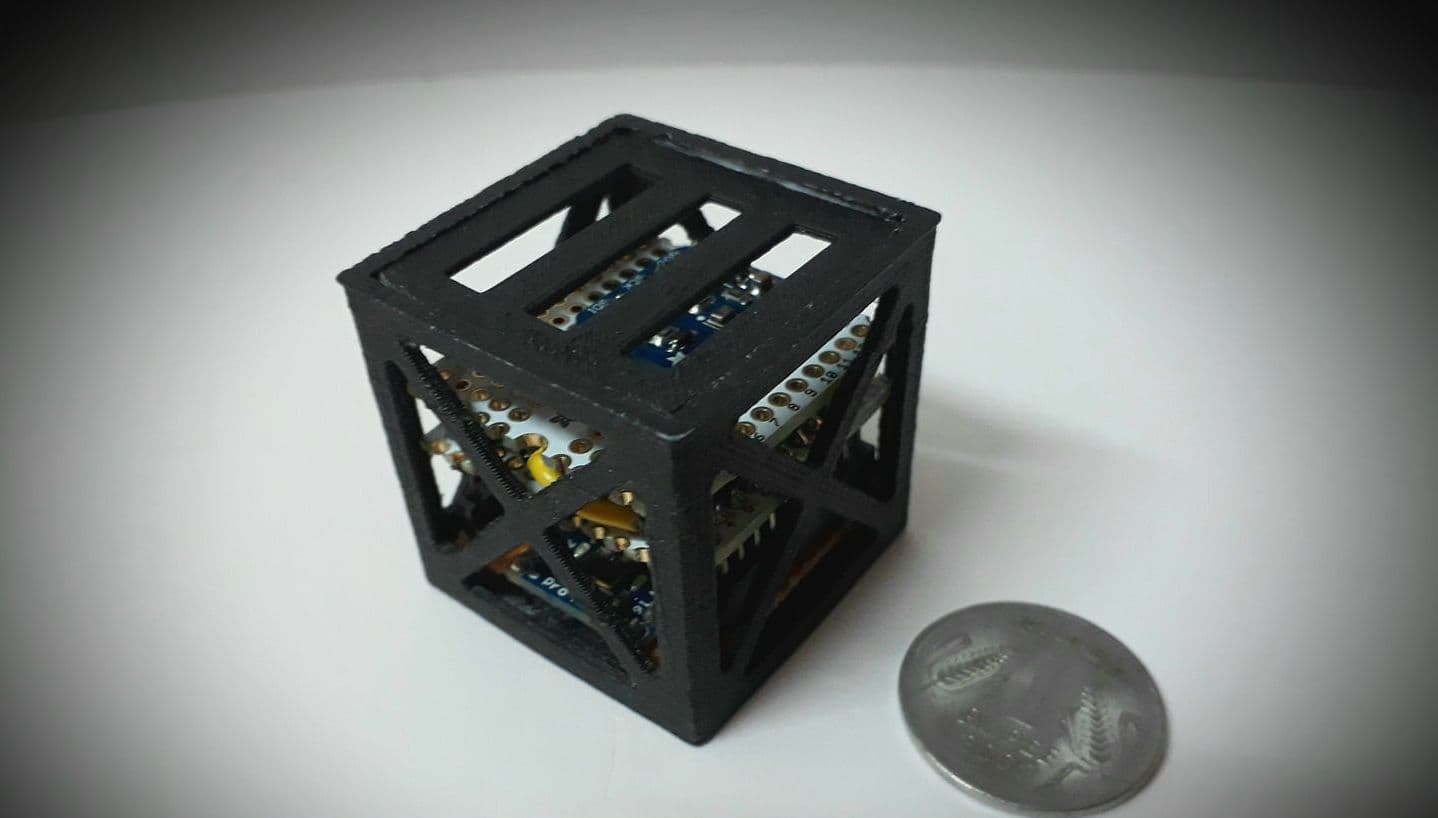 Not very many people can claim that they've sent something they made into space. One of those who will soon be sending his own invention — a 64-gram (0.14-lb) satellite — into sub-orbital flight is an 18-year-old named Rifath Shaarook. His satellite design won a competition hosted by an organization called I Doodle Learning, which is sponsored by NASA and the Colorado Space Grant Consortium, called Cubes in Space.

"The main challenge was to design an experiment to be flown to space which would fit into a four-meter cube weighing 64 grams," Shaarook told Business Standard. He named his tiny winning satellite the KalamSat, after Indian nuclear scientist and former president, A.P.J. Abdul Kalam.

It's set to embark on a 4-hour sub-orbital mission, launching from NASA's Wallops Flight Facility in Virginia on June 21. "We designed it completely from scratch," Shaarook said, "It will have a new kind of on-board computer and eight indigenous built-in sensors to measure acceleration, rotation, and the magnetosphere of Earth."

Cubes for Space is an example of how NASA's been actively seeking out talents and minds outside of just the agency. NASA's also launching a device developed by another teenager to the ISS, to test space-fairing microbes. Apart from getting helped by young inventors like Shaarook, NASA's also been corrected by a teenager who pointed out an error in some of the agency's data on energy levels.

NASA also has a program called Open Innovation, where it employs the help of the public "for outside-the-box thinking about human space exploration challenges." Such crowdsourcing efforts seem to be fruitful for the space agency, and the KalamSat is just one proof.

The KalamSat will spend about 12-minutes in a micro-gravity environment of space, where it will test the durability of its extremely light casing, 3D-printed from reinforced carbon fiber polymer. "The main role of the satellite will be to demonstrate the performance of [3D-printed] carbon fiber," Shaarook explained to the Times of India. The success of the satellite could lead to the development of similar technology: such lightweight payloads would certainly be more cost-effective for NASA. The space agency is seeking innovative ideas for payload service, too: back in March, they wrapped up an open call for payload concepts for a mysterious mission.

Read This Next
Alt Propulsion
NASA, DARPA, MIT Scientists Met to Discuss "Anti-Gravity" Tech
The Other Left!
A Guy Who Drives NASA's Mars Rover Is Dishing About the Experience
Digging a Mole
NASA’s Mars Mole is Officially “Dug In”
A New Perspective
NASA's Mars Helicopter Could Revolutionize Off-Planet Exploration
Hammer Time
Crap: NASA's Mars "Mole" Finally Started Digging, Then Hit Another Obstacle
More on Robots & Machines
Blow Up Doll
Yesterday on the byte
Ukraine Accuses Russia of Using Inflatable "Dummy Tanks," Which Deflated
From the Dept. of...
Yesterday on futurism
The Best UPS Battery Backups of 2023
FROM THE DEPT. OF...
Jan 29 on futurism
The Best Netgear Routers of 2023
READ MORE STORIES ABOUT / Robots & Machines
Keep up.
Subscribe to our daily newsletter to keep in touch with the subjects shaping our future.
+Social+Newsletter
TopicsAbout UsContact Us
Copyright ©, Camden Media Inc All Rights Reserved. See our User Agreement, Privacy Policy and Data Use Policy. The material on this site may not be reproduced, distributed, transmitted, cached or otherwise used, except with prior written permission of Futurism. Articles may contain affiliate links which enable us to share in the revenue of any purchases made.
Fonts by Typekit and Monotype.