“We have obtained a major clue needed for solving this mystery.” 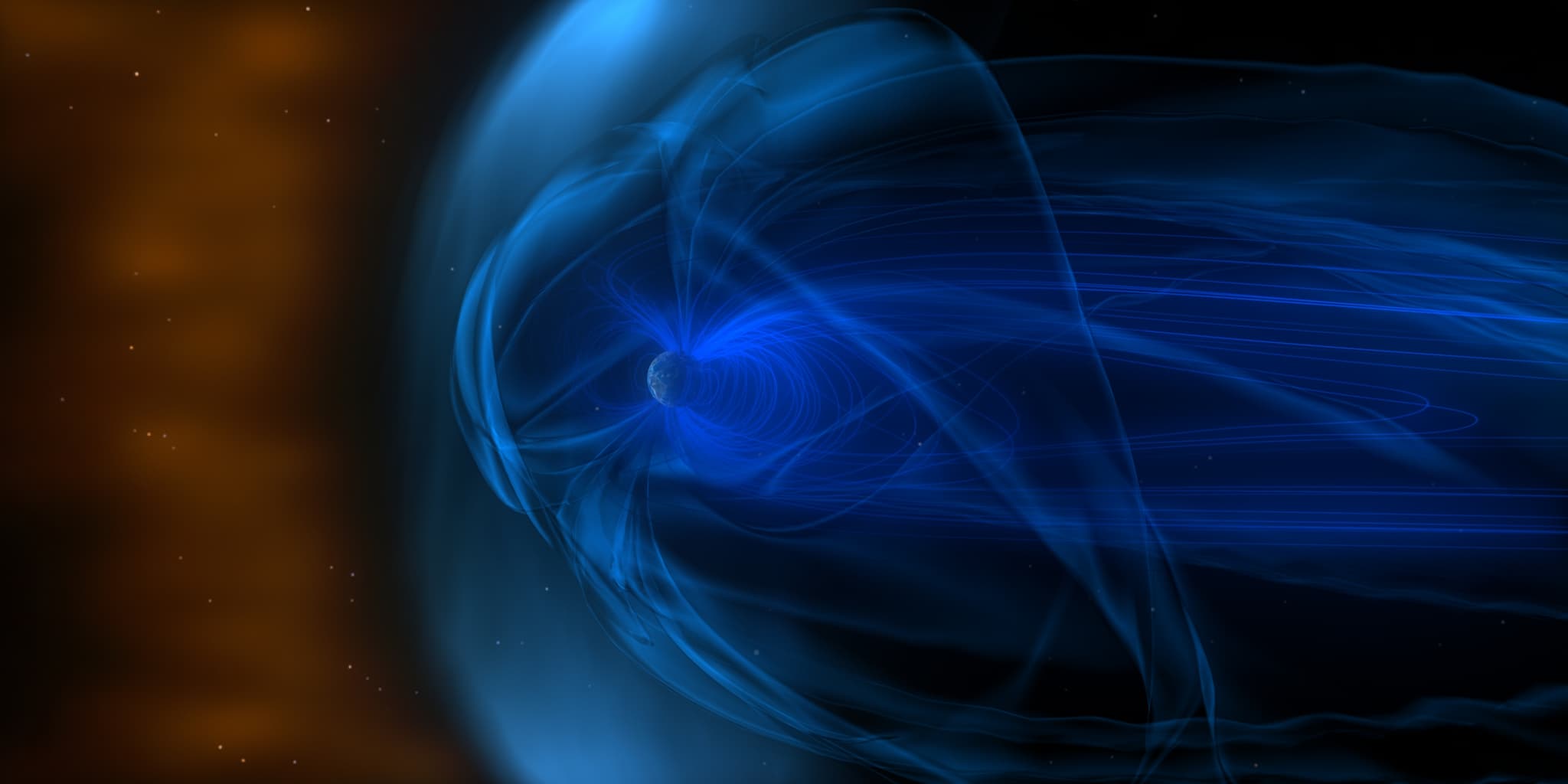 Astronomers have observed that a galaxy five billion light-years away from Earth has a magnetic field very similar to our own. We've never observed a coherent magnetic field in a galaxy this far away before, and the discovery provides critical insights into the formation and evolution of magnetism in the universe.

Because this galaxy is five billion light-years away from the Milky Way, it is also five billion years younger. By observing that it has a magnetic field similar in configuration and strength to our own galaxy, these researchers are providing evidence that galactic magnetic fields form during the early stages of a galaxy's existence and enjoy relative stability afterward.

“This means that magnetism is generated very early in a galaxy's life by natural processes, and thus that almost every heavenly body is magnetic,” co-author Professor Bryan Gaensler of the Dunlap Institute for Astronomy & Astrophysics, University of Toronto, said in a statement. “The implication is that we need to understand magnetism to understand the universe.”

In order to study how galactic magnetic fields evolve, researchers need to observe galaxies at various distances from Earth, since those observations automatically provide them with data on galaxies of various ages. However, we don't have a way to directly observe magnetic fields, which means making these observations isn't easy.

To that end, scientists instead look for Faraday rotation, the “fingerprint” magnetic fields leave on light that passes through them. In this case, the observation was made possible by a quasar on the other side of the galaxy, the light from which passed through the magnetic field of the studied galaxy.

Magnetism exists throughout the cosmos. Gaseous nebulae, planets, stars, whole galaxies, and the universe itself are all magnetic. When a solid body, such as Earth, is magnetic, it just means the core of the body works like a massive bar magnet with poles.

However, the larger magnetic fields of entire galaxies, such as the Milky Way, are less understood. They are powered not by a core that carries current, but by countless drifting electrons floating through space. This is why the magnetism of our galaxy is millions of times weaker than that of our own planet and lacks a single polar opposition. Instead, various galactic neighborhoods each have their own poles.

“Nobody knows where cosmic magnetism comes from or how it was generated,” explained Gaensler in the statement. “But now, we have obtained a major clue needed for solving this mystery, by extracting the fossil record of magnetism in a galaxy billions of years before the present day.”

Gaensler is right in his observation that relatively little is known about cosmic magnetism, but what we do know highlights its importance. Magnetism is critical to the formation of stars like our Sun, and the Earth's magnetism protects us from harmful radiation. Magnetism in space also generates high-speed, high-energy particles that can cause random genetic mutations on Earth, driving evolution.

In other words, magnetism truly shapes life and the universe as we know it.

Read This Next
Woooaaah
Scientists: The Human Brain Has Odd Similarities to the Entire Universe
Really Really Really Old
Astronomers Puzzled By Ancient Milky Way-Like Galaxy 12 Billion Light-Years Away
Universe Machine
Scientists Found a Way to Create Millions of Virtual Universes
Futurism
Physicists Made the Most Precise Measurement of Protons' "Magic Moment"
Futurism
Magnetic Particles Could Lead to an Entirely New Form of Data Storage
More on Hard Science
Tractor Beam
Thursday on the byte
Scientists Build Working Tractor Beam, Although It's Comically Tiny
Having a Blast
Jan 18 on the byte
New Study Shows Where You Should Hide to Survive a Nuclear Attack
Offworld Amino
Jan 15 on the byte
Scientists Find Building Blocks of Life in Meteor That Smashed Into Family's Driveway
READ MORE STORIES ABOUT / Hard Science
Keep up.
Subscribe to our daily newsletter to keep in touch with the subjects shaping our future.
+Social+Newsletter
TopicsAbout UsContact Us
Copyright ©, Camden Media Inc All Rights Reserved. See our User Agreement, Privacy Policy and Data Use Policy. The material on this site may not be reproduced, distributed, transmitted, cached or otherwise used, except with prior written permission of Futurism. Articles may contain affiliate links which enable us to share in the revenue of any purchases made.
Fonts by Typekit and Monotype.