A Digital Life: Biologists Are 3D Scanning All Life on Our Planet

The project will stand as a both a catalog and a call to action. 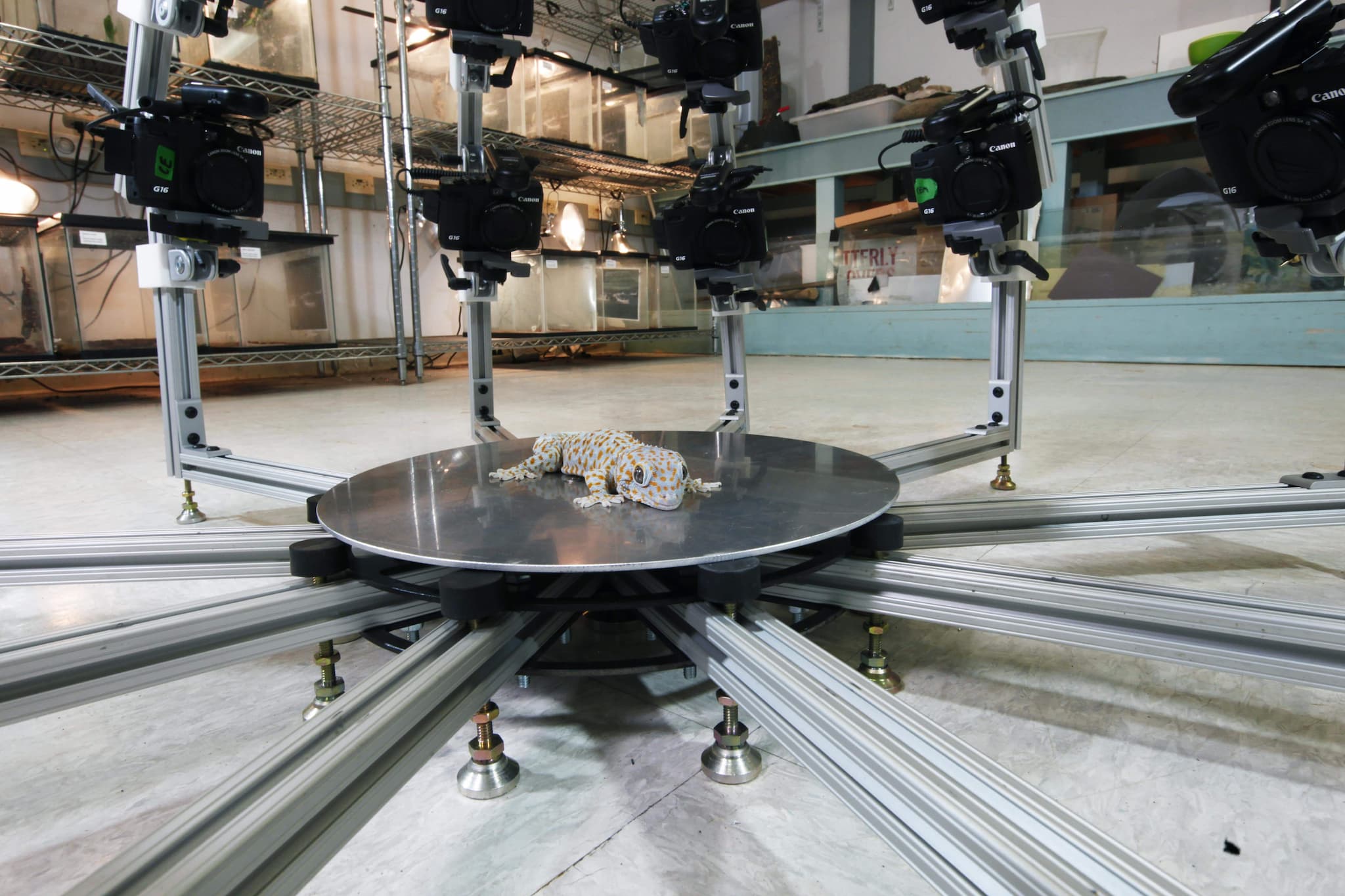 A vast library of high-res, full-color 3D models of the over 1 trillion unique species on the Earth is in development by scientists from the University of Massachusetts Amherst. The researchers call the multimedia platform "Digital Life", which they hope will contribute to preserving the biodiversity of the planet, in a time where it is becoming increasingly imperative.

"We are excited to use the Beastcam technology to preserve the digital heritage of all life on Earth," says Duncan Irschick, the biologist leading the team. "This will take several lifetimes, but we are thrilled to begin the journey. Digitally preserving the heritage of life on Earth is especially important given the rapid decline of many species, and this technology can recreate organisms in a way that has never been done before."

The Beastcam is an array of cameras made up of ten arms with three Canon G16 cameras on each one. In the middle of the contraption is an area for the subject to sit on. A handheld portable version is available for smaller subjects. The Beastcam takes several photos of the animal simultaneously, and new software joins together the images to create a 3D model.

So far, the researchers have used Beastcam on animals like toads, lizards, scorpions, and sharks.  They're working on getting more creatures by partnering with more zoos and organizations. The next step of the project is aimed at two groups who are currently in danger, frogs and sea turtles.

Irschick and his team aims to provide Digital Life on an open-access website, at no cost for non-profit use. This platform would be extremely valuable to teaching about and protecting all these animals. WWF reports that the actual extinction rate is between 1,000 and 10,000 times higher than the natural extinction rate, or the rate at which species would disappear even without human intervention.

With this serious biodiversity crisis at hand, projects like Digital Life not only preserves creatures for the awareness of future generations, but also aids in educating us what steps we may be ablke to take to protect them.

Read This Next
It's Baaack!
Scientists Thought This Creature Was Extinct For 30 Years. Then It Returned.
Futurism
To Save the Earth, We Should Just Leave It Alone
Futurism
Losing Biodiversity Could Lead to "Extinction Cascades"
Futurism
Hydroelectric Projects Are Displacing Indigenous Groups in the Amazon
Futurism
Reversing Climate Change With Geoengineering Could Leave the Planet Worse Off
More on Earth & Energy
RIP Fred
4:57 PM on the byte
Instead of Predicting Length of Winter, Groundhog Simply Dies
Fly Guy
Yesterday on the byte
Bird Advocates Horrified by Pigeon Dyed Pink For Gender Reveal Party
The Dos and Do-Do...
Yesterday on the byte
Startup Backed By "Jurassic World" Producer Says It Will Revive Extinct Dodo Using Complete Genome
READ MORE STORIES ABOUT / Earth & Energy
Keep up.
Subscribe to our daily newsletter to keep in touch with the subjects shaping our future.
+Social+Newsletter
TopicsAbout UsContact Us
Copyright ©, Camden Media Inc All Rights Reserved. See our User Agreement, Privacy Policy and Data Use Policy. The material on this site may not be reproduced, distributed, transmitted, cached or otherwise used, except with prior written permission of Futurism. Articles may contain affiliate links which enable us to share in the revenue of any purchases made.
Fonts by Typekit and Monotype.