Politics, as we once knew it, is over. 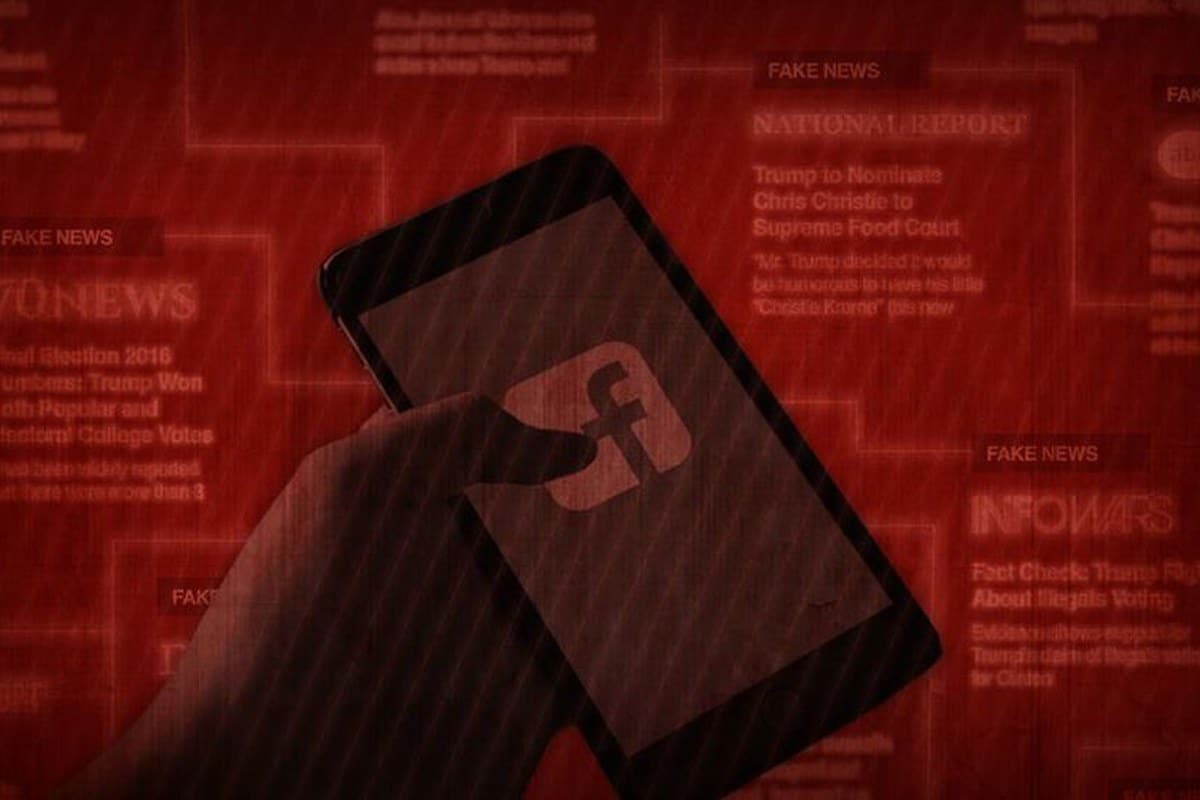 Underlying the debates, soundbites, and scandals that seemed to define the 2016 presidential election was technology — voter data mining, online polling, electronic voting booths, and, of course, emails. But the influence of tech on the American political landscape extends far beyond election day.

Technology is enabling communication between politicians and the people, as well as supporting conversations between people who might have never been connected otherwise. Comment sections are the new water cooler, and we can learn more about our friend's political views from their Facebook feeds than we can from years of casual lunches and nights out. Unfortunately, all this communication has left the door wide open for misinformation to seep into the public consciousness, clouding what was already complicated and leaving many unsure of where to look for the truth...or what the truth even looks like.

The following are just five of the many ways technology is transforming politics in the Trump era.

The media is no longer a select few with journalism degrees and press access, and the average citizen is no longer limited to the local paper and the nightly news for their information. You could spend 24 hours, 7 days a week researching every angle of a topic online and still not be able to gather all of the information. There is now more content online than a human being could individually consume in a lifetime.

And that's not necessarily a good development.

Anyone with the cash, or simply the know-how to pull together a legitimate-looking website or blog, can pose as a reliable source of political information. Sifting through the bias and misinformation to find (and somehow identify) the truth can be exhausting — just look to the Pizzagate scandal for an example of how the dissemination of misinformation about a rival political candidate can prompt an overzealous supporter to literally take up arms. Further complicating matters is the new administration's "running war with the media" and willingness to overtly support claims that are factually inaccurate.

During previous administrations, both parties were able to generally agree on which news sources were legitimate, and those sources were subsequently granted White House access and presidential press briefings. Under this new administration, some of the media outlets that have long been fixtures of those briefings, such as The New York Times and CNN, are accused of being "fake news" and their questions are no longer being answered. On top of that, numerous fact-based federal government websites have been taken offline and a gag-order has been placed on government scientists, further limiting citizens' access to reliable sources of information. In fact, just to freely tweet factual information, government agencies like the FDA and NASA have had to create alternative, rogue twitter accounts.

Tech giants like Google and Facebook are working hard to stem the flow of misinformation online, and some of those silenced officials have found other ways to communicate with the public, but they can only do so much. The average citizen will need to work even harder to separate fact from fiction on the internet over the course of the next four years.

There are now at least 14 "rogue" Twitter accounts from federal science agencies:https://t.co/WOq4Hc5yd1 pic.twitter.com/BpARmzY0xN

Last year, Engadget called President Obama "the White House's First Social Media Ninja" for his presence on nearly every noteworthy social network. However, President Trump may be the first president to actually favor social media over all other platforms of communication.

He was able to stage the unlikeliest of political upsets largely on the back of his social media accounts. He's even gone so far as to directly give credit to his accounts for helping him win contested races, saying they were able to do more than the money spent by his opponents. His regular stream of 140 character tweets has provided him with an immediate and direct line of communication to his millions of supporters any time of day or night, and those who expected Trump to assume more traditional means of communication after his election were sorely mistaken.

Given his aforementioned distaste for the media, it should come as no surprise that, in lieu of filtering his messages through the traditional press routes, announcements, proposals, and schedule, important political details have been coming rapid fire directly from the thumbs of the new commander in chief. According to a WPRI TV interview with White House Press Secretary Sean Spicer, that's not going to change anytime soon: “He has this direct pipeline to the American people, where he can talk back and forth...[He can] put his thoughts out and hear what they’re thinking in a way that no one’s ever been able to do before.”

Busy week planned with a heavy focus on jobs and national security. Top executives coming in at 9:00 A.M. to talk manufacturing in America.

Not only has technology given the new president a way to immediately connect with his constituents, it's also given citizens a direct line of communication back — they just need to click the handy reply button right at the bottom of every message. And while it isn't likely for the average citizen to get a response from President Trump outside of designated Q&A sessions, other politicians and celebrities have also taken advantage of this easy way to respond to his messages, furthering political discussion and perhaps picking up (or losing) a few followers in the process.

Beyond Twitter, The White House is also trying to change the way it provides feedback, moving away from the more traditional telephone message and towards the internet. The White House's public switchboard is no longer active, replaced by a message that urges citizens to reach out via comment on the White House website or on its Facebook page. Conversely, the "We the People" online petition page started by President Obama's team to give citizens an easy, tech-enabled way to query the administration hasn't been properly displaying signature counts since the Trump inauguration — whether that's an honest technical glitch or the new administration's way of avoiding questions is for you to decide.

2. Organizing Has Never Been Easier

When Senator Bernie Sanders was a political activist during the civil rights movement of the 1960s, he and his fellow organizers relied on word-of-mouth to spread their message and a 15-day sit-in to illustrate their dissent. Today, messages spread at the speed of wifi, and hashtags are the building blocks of political movements — just look to #BlackLivesMatter for proof of that. “The thing about [Martin Luther] King or Ella Baker is that they could not just wake up and sit at the breakfast table and talk to a million people,” activist DeRay Mckesson told Wired. “The tools that we have to organize and to resist are fundamentally different than anything that’s existed before in black struggle.”

People have found plenty to protest about since President Trump's election, and they have been quick to use all of the tech-enabled tools at their disposal to do so. Approximately 2.6 million women and those who support their causes took to the streets of Washington, D.C. and in sister cities after a grandmother in Hawaii wrote a Facebook post expressing her unease on election night. When frustrated scientists felt a need to talk about President Trump's anti-science policies, they started a conversation on Reddit, organized, built a website, and then announced their own March on Washington via Twitter. It wasn't long after word spread of Trump's reported White House dress code that the hashtag #DressLikeAWoman began trending, with women from across the globe coming together virtually to show that there is no one way for a woman to dress.

People no longer need to wait for an issue to bubble over before taking action — the minute something doesn't sit right, they can take to the internet and start working together with other like-minded citizens to make change happen.

If all the drama surrounding the election and the transition to a new administration has left you with a headache, take solace in the fact that you may not need to suffer through it for much longer.

Thanks to technology, politicians are no longer essential to the formation of an organized society. Initiatives like Democracy.Earth, Asgardia, and Artisanopolis are envisioning new forms of society in which the people govern themselves. These societies could have economies that are powered by Bitcoin, governing documents that are drafted through peer-to-peer networks, and decisions that are recorded via blockchains. They needn't apply declarations written centuries ago to today's unique landscape — they can start from the ground up.

When our government was first established, it made sense to have few elected officials represent larger groups, but does that same structure really make sense in a time when people can almost instantly communicate their opinions from anywhere with an internet connection?

Now that we have the technology to pool the experiences and opinions of the many, shouldn't we take advantage of it? According to former White House Deputy CTO Beth Simone Noveck, "There is scarcely a public decision, which could not benefit from an infusion of greater expertise – both credentialed and experiential – from outside government."

However, this sort of change is highly unlikely to happen overnight, and it's even less likely to be supported by those currently in charge. It'll be up to the people to decide for ourselves what role we want the government of the future to have in our everyday lives. Thankfully, we have no shortage of ways to discuss the topic.

Read This Next
Futurism
New Technology Only Benefits the Elite
Futurism
All Things, Including Science and Tech, Thrive on Diversity
More on Op-Ed
SPONSORED CONTENT
9. 30. 21 on futurism
Buy Delta 8 THC Online: Top D8 Companies of 2021
SPONSORED CONTENT
9. 27. 21 on futurism
Delta 8 Carts Near Me: Top 15 Brands to Buy From
Mirror, Mirror
5. 16. 21 on the byte
Watch the James Webb Space Telescope Open Its Massive, Golden Mirrors
READ MORE STORIES ABOUT / Op-Ed
Keep up.
Subscribe to our daily newsletter to keep in touch with the subjects shaping our future.
+Social+Newsletter
TopicsAbout UsContact Us
Copyright ©, Camden Media Inc All Rights Reserved. See our User Agreement, Privacy Policy and Data Use Policy. The material on this site may not be reproduced, distributed, transmitted, cached or otherwise used, except with prior written permission of Futurism. Articles may contain affiliate links which enable us to share in the revenue of any purchases made.
Fonts by Typekit and Monotype.