Your Body Without Water: What If You Consumed No H2O? 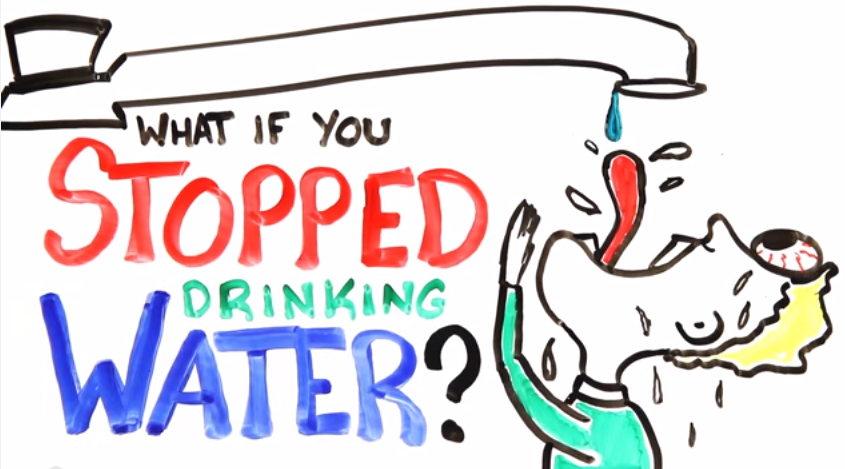 If one were to ask, “what is the most important substance in existence?” for humanity, the answer is undoubtedly, “water.” Not only is it directly responsible for our existence (it is where we evolved from, after all), it has dictated the way that cultures develop, and it is a vital part of our survival. Based on how plentiful it seems to be on Earth, it’s easy to forget that water is a relatively scarce resource, clean water even more-so, Especially when you leave Earth’s atmosphere.

Of course, you would die (obviously). But exactly how would you die? What organs would be the first to give way? Would it be painful? Learn about how water helps your body function, and what happens when you don't get water, in the video below:

Fun Fact: Because of Earth's water, it would be very, very bad if the Earth suddenly stopped spinning. (no joke.. we would die.) Among the many awful things, which would include a drastic change in weather, the shape of the planet becoming disfigured and a change in atmospheric pressure, the concentration of water would change too (not to mention the fact that the Earth would essentially become tidally locked to the sun, with one side basked in perpetual daytime and the other experiencing never-ending night). Within the first few moments after the Earth stopped rotating, all of the water in the oceans would begin to shift from the equator to the poles — eventually causing all of the Earth’s water to pool into two “super oceans.” This would prove problematic, as the regions of Earth that are located near the equator would no longer have water...whilst the populace located near the poles would be drowned.