XKCD Planet Graphic and the Number of Exoplanets 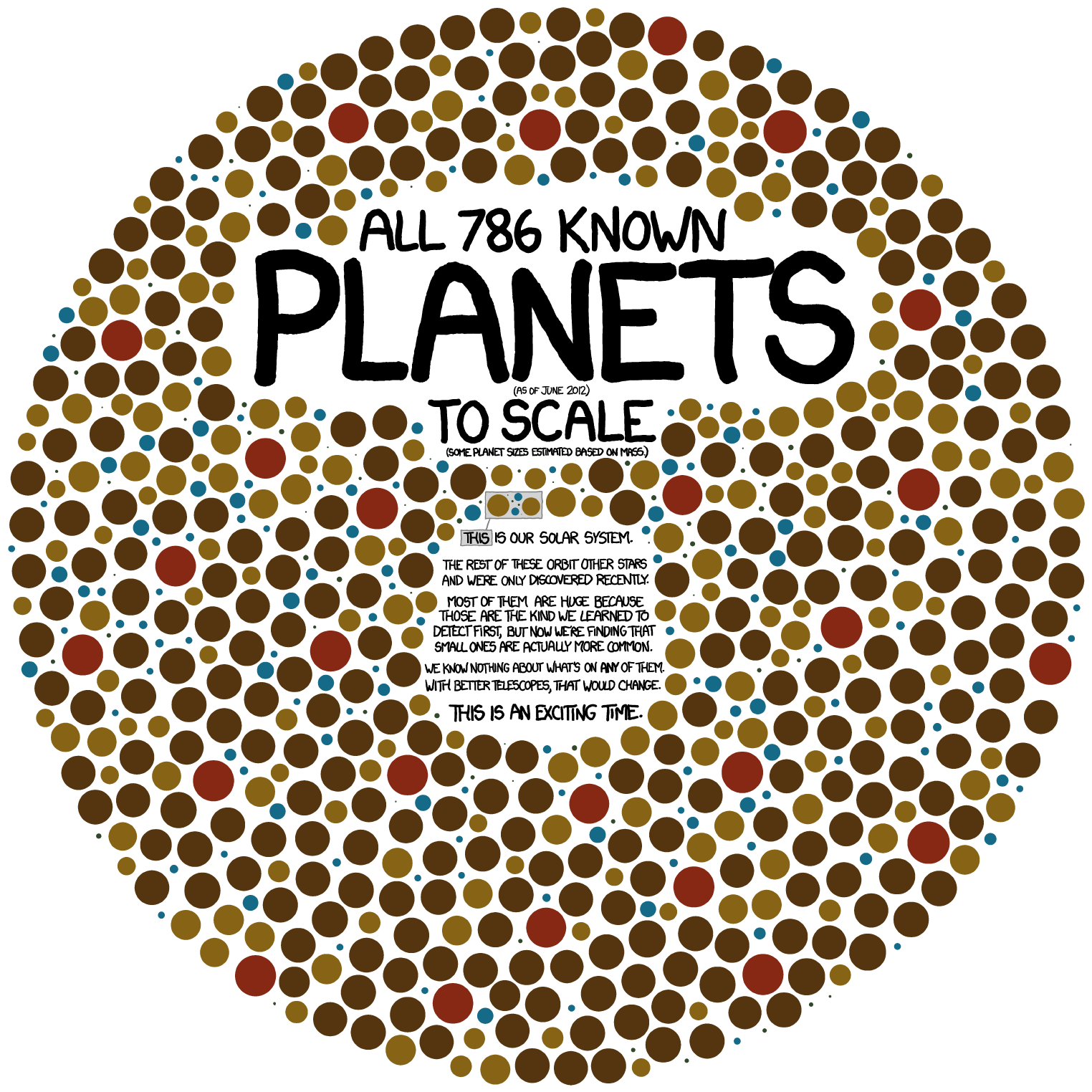 This graphic represents all of 786 the known planets in the universe as of June of 2012. As of September 7, that number has jumped to 837 (that is an increase of 51 planets over the course of 2 months).

Of the 837 known planets, we have discovered 660 planetary systems. Of course, the difference is made up in the 124 known multiple planetary systems (meaning more than one planet orbits the host star). Those numbers don’t include the two-thousand plus planetary candidates we have observed.

Our current estimations predict an average of 1.6 planets per star in the Milky Way. Using that estimate, there are potentially between 160-billion and 640-billion planets in the Milky Way alone. Even then, we are constantly finding planets who’s mere existence we thought impossible. As we study the sky, and learn more about planet formation, that estimate could easily get much higher. Even then, if we include rogue planets (that is a planet that has been ejected from its host system); the number of estimated planets could easily reach the tens of trillions.

I know habitability is on everyone’s mind now. As of January of 2012, four of the confirmed planets orbit within the habitable zone of their parent star. Of the 2,326 (12/2012) planetary candidates, about 27 of them are predicted to orbit within the so-called goldilocks zone. Estimations of the number of possibly habitable planets in the Milky Way reaches the hundreds of millions.

If you look closely at the XKCD picture, you’ll see a blue box above the description which encompasses our solar system, drawn to scale with the other 778 planets. Sit back and let the awesomeness of this picture wash over you.

“This is an exciting time.”

(Note: the numbers and estimations come from different NASA, ESA, and SETI publications and may source to source.)