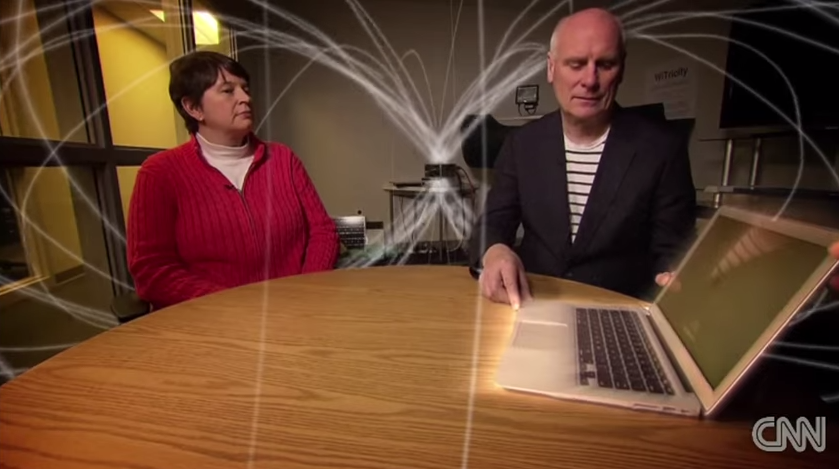 Decades ago, Nikola Tesla dreamed of a world where electricity was free and available to everyone everywhere. How would this be possible? Simple: Wireless electricity. Of course, nothing is truly as simple as it sounds. Even if an idea is plausible, money and fortune often get in the way. Ultimately, many argue that this is what happened to Tesla—That his genius was overshadowed by capitalist driven greed. But regardless of what stopped Tesla from achieving his vision during his own life time, it's now looking like his dreams will be realized during our lifetime.

"We're going to transfer power without any kind of wires. But, we're not actually putting electricity in the air. What we're doing is putting a magnetic field in the air."  says Dr Hall, now Chief Technology Officer at WiTricity. WiTriity is a startup that is developing wireless "resonance" technology

WiTricity builds a "Source Resonator," which is a coil of electrical wire that generates a magnetic field when power is attached. If another coil is brought close, an electrical charge can be generated in it. No wires required.  "When you bring a device into that magnetic field, it induces a current in the device, and by that you're able to transfer power," explains Dr Hall. And just like that, a phone can be charged, a bulb can be lit...any number of devices can be powered.

But just how feasible is this technology? Check out the videos below to hear experts conduct interviews and talk about this fascinating new tech.