Winners of the 2014 Nobel Prize in Physics 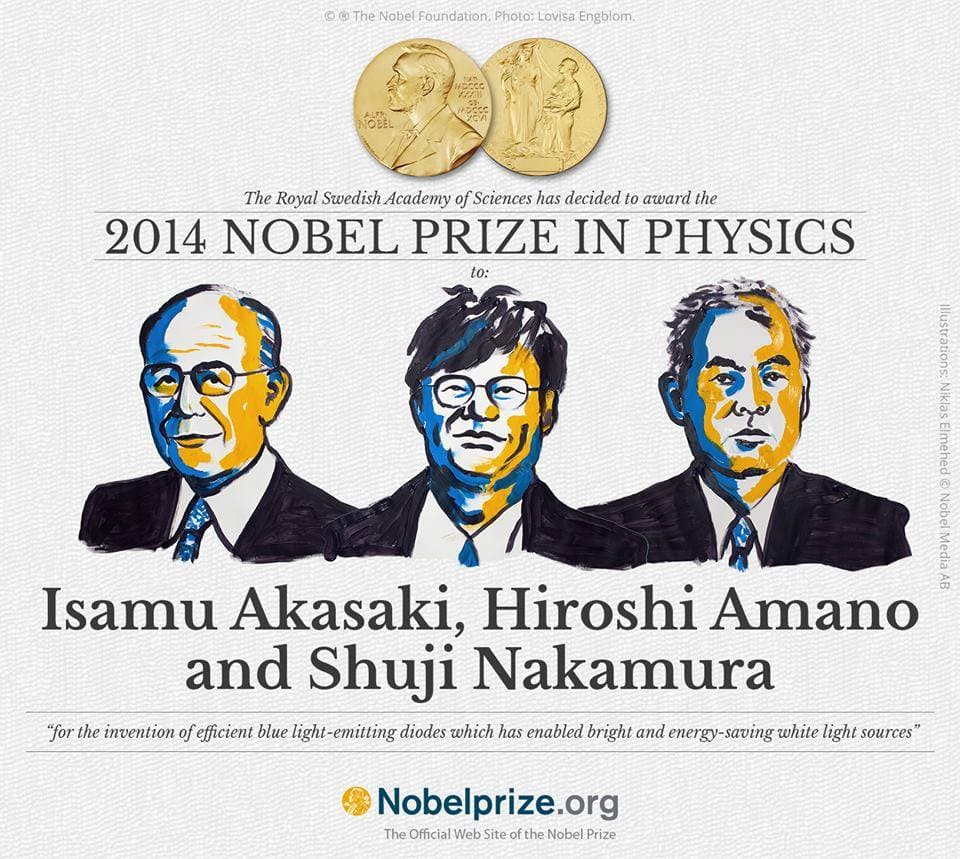 The 2014 Nobel Prize for Physics has been awarded to Isamu Akasaki, Hiroshi Amano and Shuji Nakamura. The prize was awarded to these individuals, "for the invention of efficient blue light-emitting diodes which has enabled bright and energy-saving white light sources".

Blue light-emitting diodes (LEDs) are everywhere. For starters, they can be found in smartphones, computer screens, and energy-efficient bulbs. The LEDs that emit this kind of light  have also been used in DVDs, as the shorter wavelength of the light allows higher data-storage densities. But that's not all. In the future, UV-emitting LEDs could be used to create basic yet effective water-purification systems, because UV light can destroy micro-organisms. And the device has now earned three Japanese-born inventors the 2014 Nobel Prize in Physics.

Notably, this is a rare example of the award being given for such a practical invention. Don Lincoln, from Fermilab, added an important remark in this regard: "I remember when these became commercially available. You wouldn't think that this was an important discovery for particle physics, but it was. All of a sudden, we had a way to calibrate our scintillator detectors. Another example of the interconnectedness of science and technology."

To know more about it, go through the following URLs:

Hat tip to All Science, All the Time