Will Science Ever Determine the Truth about the Universe? 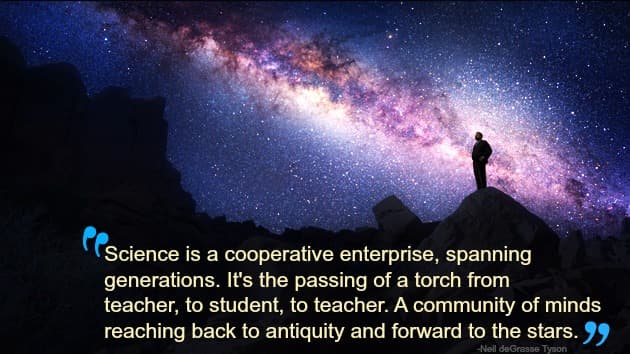 A few years ago, I was asked why I had such a passion for physics. Without much hesitation, I said that my interest was rooted in the need to know the truth about nature. My interviewer, perhaps seeking to break the very fabric of my being, then asked the most harrowing question that I know, “What is truth?”

But how can we tell that we know the rules of the game? How can we be sure that we have an accurate understanding of how something works? Newtonian Physics were the rules of the game for hundreds of years, but with special relativity, it’s clear that they are just a slow velocity approximation to the way nature actually works. In fact, at the moment, every Physical theory has a limit to where it works. The standard model falls down at the Planck scale, and General Relativity falls down on the quantum level.

As a seventeen year old faced with the question of truth, I remembered my Feynman. But more importantly, I remembered my Philosophy. I managed to recite probably one of the most famous lines throughout all of Philosophy, “Cogito ergo sum” or “I think therefore I am.” This was first written by the polymath himself, Rene Descartes. It is rather complex, but the basic premise is simply: Have you ever had a dream that felt so real, you sure it actually happened? (Think, the Matrix) If you have, you can understand that your own senses can’t be completely trusted, and therefore, just because you see something exists, doesn't mean it exists.

So where does that put physics and it’s quest for the truth of the universe?

Karl Popper, the influential thinker and Philosopher, once wrote, “ The more we learn about the world, and the deeper our learning, the more concise, specific and articulate will be our knowledge of what we don’t know.” Popper saw that all scientific theories that had been widely accepted as true were just yet to be disproved. For example, Newton’s laws of classical mechanics. Popper's contemporaries thought Science proved things, but he saw that Science was the collection of ideas that had the capacity to be false, but experiments had served them well and they were not yet disproved.

The more Scientific a theory, the more falsifiable it was. That is to say, there are plenty of experiments you can do to try and disprove the theory, but the results always come out favoring the theory. Poppers main attack was on Freudian Psycho-analysis, which provided no such experiments.

So will Physics or Science ever know the truth about the universe and how it works? There are schools of thought that think our Scientific theories will just continually get better and better and encompass more natural phenomena, but that they’d never reflect the "truth," it's called "eliminativism."

You might find this article here a little bit hopeless, maybe even despairing. If the aforementioned is true, we can't ever get to the absolute truth. However, my enjoyment from physics is no longer "knowing the truth" it’s simply attempting to know the truth. To Build off of those who came before me in a neverending attempt to know and understand my surroundings. Skepticism and free thought. That's what matters.

After all, if absolute truth is unattainable, I might as well know what is definitely not true.