Will Earth Freeze Under a New Ice Age? Well, Not Quite... 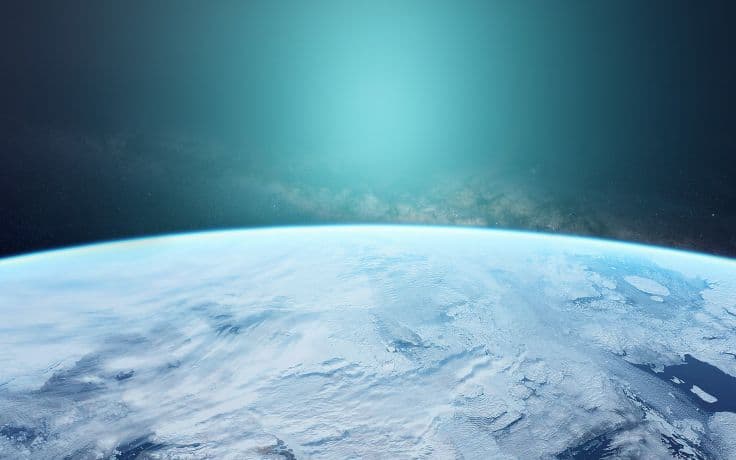 Some time over the course of the next couple of decades, Earth will enter a big freeze. Well, maybe just a little freeze. Okay, so regardless of its size, a new ice age is heading our way. At least, it is according to some of the most popular media outlets.

According to the exceedingly popular Facebook page I F*cking Love Science, "Thanks to reduced solar activity, we could be heading for a mini ice age in 2030." They go on to say, "Evidence suggests the sun will enter into a very quiet period in around 15 years - and that could be very bad news for us."

And that post got 56,000 shares. Wow. There must be 56,000 people who are really depressed today (and are also probably stocking up on blankets).

But wait! There's hope. Today, I F*cking Love Science reported that, no, there probably won't be an ice age. And they go on to state, "No need to panic." Well. Thanks tons for that bit of information. But, unfortunately, this post only got 6,000 shares. Why? Because, as we all know, sensationalism sells. For a very good reason, people love exciting, monumental claims.

Which is why, as science communicators, we have a duty to ensure that we know that facts before we publish an article.

So, call me strange, but I think that it might have been a good idea to contact an astrophysicist, astronomer, Earth scientist, climate scientist or...I don't know, someone, anyone before publishing that first article.

Now, I don't mean to pick on IFLS. Of course, other websites reported the same.  And our own little publication isn't perfect (feel free to call us out for inaccuracies!). However, it just so happens that, with over 20 million followers on social media, they are one of the most popular pages. So when they post something, it gets seen by a lot of people, which means that a lot of people are being mislead.

Sad times for science. Especially since they did the exact same thing (along with a number of other sites) with the recent claims about NASA's supposed EM drive/Warp drive discovery. Debunkings are getting to be a common occurrence over here, honestly.

In any case, the debacle all surrounds research conducted by mathematics professor Valentina Zharkova from Northumbria University in the UK, who recently presented some findings at the National Astronomy Meeting in Wales. When looking at two magnetic wave patterns, Zharkova claims that her model predicted that there would be few sunspots over the next solar cycle.

"In cycle 26, the two waves exactly mirror each other - peaking at the same time but in opposite hemispheres of the Sun. Their interaction will be disruptive, or they will nearly cancel each other. We predict that this will lead to the properties of a 'Maunder minimum'," said Zharkova. "

So," the reports say, "I guess time to get your skates ready?"

Not quite. If you go back to the data, the work focused on a  decrease in the number of sunspots; however, the thing that we need to remember is that the sun’s output (i.e., the total amount of energy we get from our friendly solar neighbor) is not going to see a sharp change, or even much of a change at all.

Ultimately, the most notable concern with all of this, aside from people being given false information, is that conservative news media has feasted on these reports. And they have used it to justify absurd, indefensible claims like, "Other reports have shown that climate scientists in the United States and abroad are deliberately changing climate data. Critics argue they are doing so in an attempt to prove global warming is real." Yeah, those claims about scientists altering data have already been debunked a number of times (see the previous link)

Eric Holthaus, a meteorologist who writes from Slate, offered some notable commentary about what Zharkova's findings mean, even if we are assuming the "worst case scenario."

But even the return of a Maunder minimum type slowdown in solar activity—an extreme scenario, by any measure—would slow global warming by only about a half-degree in northern Europe. That’s essentially negligible, on a global scale. A half-degree is within the margin of error of predictions for the continued decline in frost-free days in the United Kingdom, for example. Winter will still be a month shorter, on average, by the end of the century. Past research suggests that an extreme decline in solar activity would lead to a shift of just 0.16 degrees Celsius globally—and even that is erased once a more typical solar cycle resumes in a few decades.

For reference, we’ve already warmed the planet by about 0.8 degrees Celsius since 1880 thanks to fossil fuels, and, despite all our decades of discussion about the problem, we’re still on pace for a worst-case scenario of between 3 and 4 degrees of warming by century end.

To be clear, she’s not predicting a 60 percent drop in the light and heat emitted by the Sun, but a drop in magnetic activity in the Sun. This has only a marginal effect on the Sun’s light/heat output....She also admits at the end she doesn’t do atmospheric research, so the claim that lowered magnetic activity of the Sun can cause an ice age here on Earth is in my opinion shaky at best.

The funny thing is, I debunked this Sun-influenced cooling idea back in 2011! I’ll be interested to see if Zharkova puts out a paper on this, but even if the Sun’s magnetic activity does lower, it almost certainly won’t cause any real cooling (at best it might slow warming a bit)

So. There we have it. No mini ice age. Another fiasco put to rest.

I am going to go make a cup of tea and quietly wait for the next circus to roll into Science Town.

Read This Next
Lil Dudes
Something Cool Is Happening to the Frogs at Chernobyl
Soggy Earth
Scientists Find Evidence of "Ocean" Hundreds of Miles Below Earth's Surface
Fusion Force
China Announces Plan for Hybrid Fission-Fusion Power Facility
Fusion Futility
Elon Musk Slams Fusion, Says Future of Energy Is Wind and Solar
Coastal Chaos
The Doomsday Glacier Is Hanging on "By Its Fingernails," Scientists Say
More on Earth & Energy
Big Boi
4:57 PM on the byte
Tragic News: That Viral Giant Frog Video Is Edited to Make Him Look Huge
Worm Solutions
Yesterday on the byte
Scientists Intrigued by Worms That Break Down Plastic Really Fast
Arrested Development
Yesterday on the byte
Climate Activist Conducts Interview While Being Carried Away by Police
READ MORE STORIES ABOUT / Earth & Energy
Keep up.
Subscribe to our daily newsletter to keep in touch with the subjects shaping our future.
+Social+Newsletter
TopicsAbout UsContact Us
Copyright ©, Camden Media Inc All Rights Reserved. See our User Agreement, Privacy Policy and Data Use Policy. The material on this site may not be reproduced, distributed, transmitted, cached or otherwise used, except with prior written permission of Futurism. Articles may contain affiliate links which enable us to share in the revenue of any purchases made.
Fonts by Typekit and Monotype.