Why You Shouldn't Hide From Lightning Under a Tree 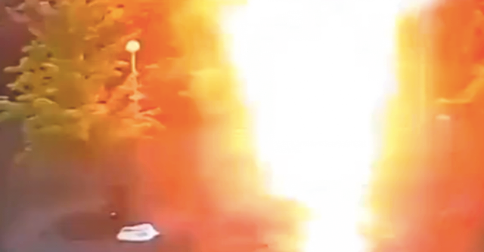 As awesome as this video is, it is also a reminder that the beautiful storms that dance across our sky can be rather dangerous. So far in 2014, there has been 5 lightning fatalities: 3 in Florida, 1 in Texas and 1 in New Mexico. Between 2006 and 2012, 127 Americans died from being struck by lightning. Given that the United States is a rather populated country, these numbers are not too alarming, but it's still probably a good idea to keep them in mind.