Why Math is the "Language of the Universe:" 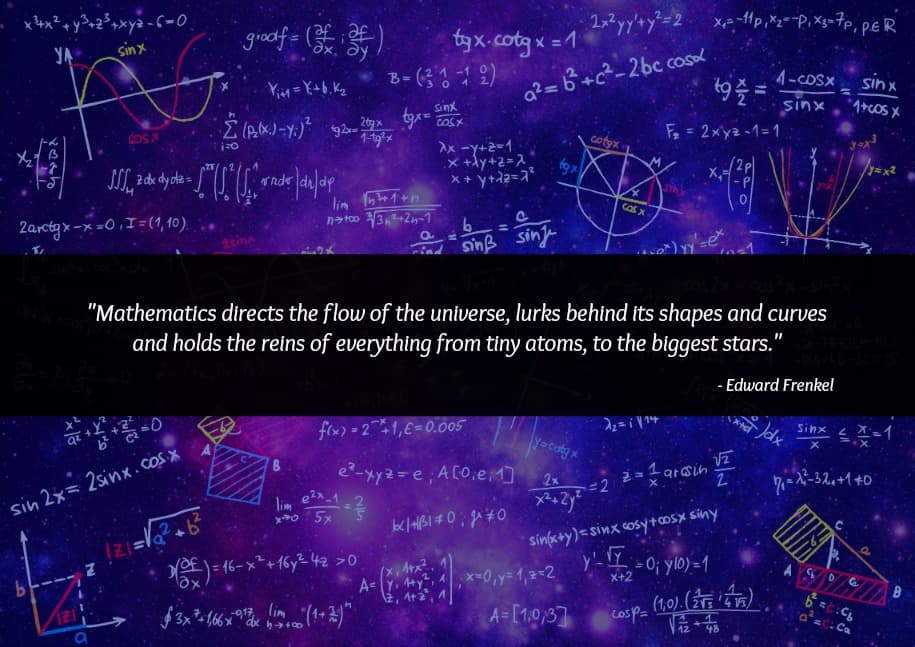 Question: I’ve always wondered why is it mathematics is considered the "universal language" in physics and the explanation of the natural world. What is the possibility of different civilizations (here on earth) and different life forms (else where in the cosmos) using some other complex language/method to understand the universe, opposed to mathematics?

To start with, Mathematics does not have a clearly defined, universally accepted definition. However it is safe to say that anything that studies the interaction between quantities, variables, structure, and change, is mathematics. Mathematics is not a tangible thing, but actually an abstract concept. There are a great many ways of expressing mathematics; the one you are probably most familiar with is the base ten Arabic format that permeates science right now. The base, the symbols, the structure, and the methods used to express mathematics can all be radically different and yet, it is still mathematics. Other civilizations have made other ways of expressing mathematics, and if we ever run into alien intelligence, it is likely that they will use a different system than we do. But the system is not the thing. This is because mathematics is the expression and quantification of basic logical concepts, and then it builds on those logical concepts to form increasingly complex concepts. It is, however, entirely a logical progression.

The Münchhausen Trilemma is a particularly annoying realization in the study of the logical justification for anything and everything. Münchhausen reasoned that the proof behind anything was either:

You could think of this as a logical inconsistency with logic itself. The confusing thing is that even though absolute logical proof is impossible as per Münchhausen’s Trilemma, it is still usually pretty easy to determine if a logical thread is valid or not, particularly in mathematics. Mathematics is the most fundamental type of logic possible (in physics anyway), and therefore it is easy to reason that mathematics is the best way of expressing the universe.

But if we choose to ignore the murky waters of elementary logic, mathematics becomes the language of the universe simply because it has to be. There is no simpler, more fundamental way of expressing the universe than through the basic ideas of equality and inequality, which in turn lead to the concept of quantification, which lead to the concept of value and numbers (to expressed levels of inequality), and once we have numbers, the rest of mathematics seems to bloom from all around us. But again, the system we use to describe mathematics and mathematics itself are two completely different things.