Why is the Solar System Flat? 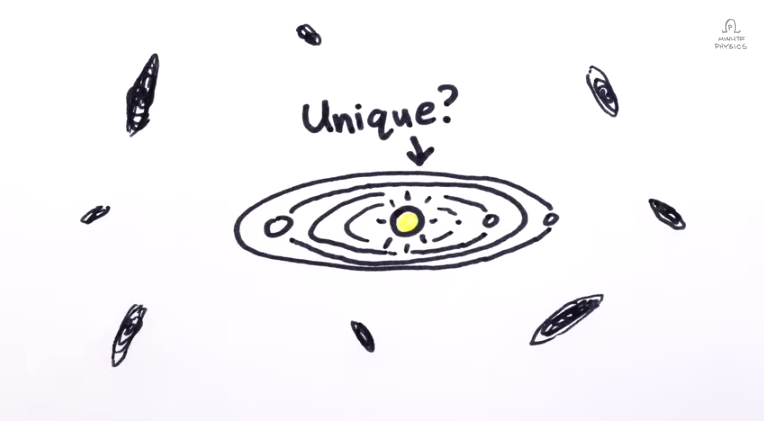 When we look out into the universe, we find objects tend to orient themselves in nice, flat planes. For those who don’t know the physical processes behind this phenomena, this seems extremely strange, especially considering the three-dimensional nature of space (special dimensions that is). Why aren't objects zipping about the cosmos in all kinds of crazy trajectories? Why does everything seem to orbit on (approximately) the same level?

Of course, solar systems and galaxies aren’t completely flat. Yes, the bulk of objects in galaxies and solar systems orbit on the same general plane as one another, but then you’ll have objects like the dwarf planet Pluto. Pluto has an orbital inclination of about 17 degrees relative to the plane of the solar system. Similarly, on the galactic level, a large central bulge can be found in the middle of nearly all galaxies.

But aside from the odd ball here or there, most solar systems and galaxies are exceedingly flat. Ultimately, this mainly has to deal with angular momentum.

In physics, angular momentum (or rotational momentum) is a vector quantity that represents the product of a body’s rotational inertia and rotational velocity about a particular axis.

Let's take a small-scale examples of angular momentum. Take a gyroscope as an example. You remember those from your childhood. Wrap a string around its center access, pull the string as hard as you can to get the center spinning as fast as possible, then enjoy as it defies gravity. Force, torque, momentum, and angular momentum combine to provide this elegant balance.

Here, MinutePhysics explains exactly why are solar system is (and the largest structures in our universe are) so very flat.

WATCH: Why Is The Solar System Flat?