A New Era in Physics and Cosmology: Why Gravitational Waves Matter 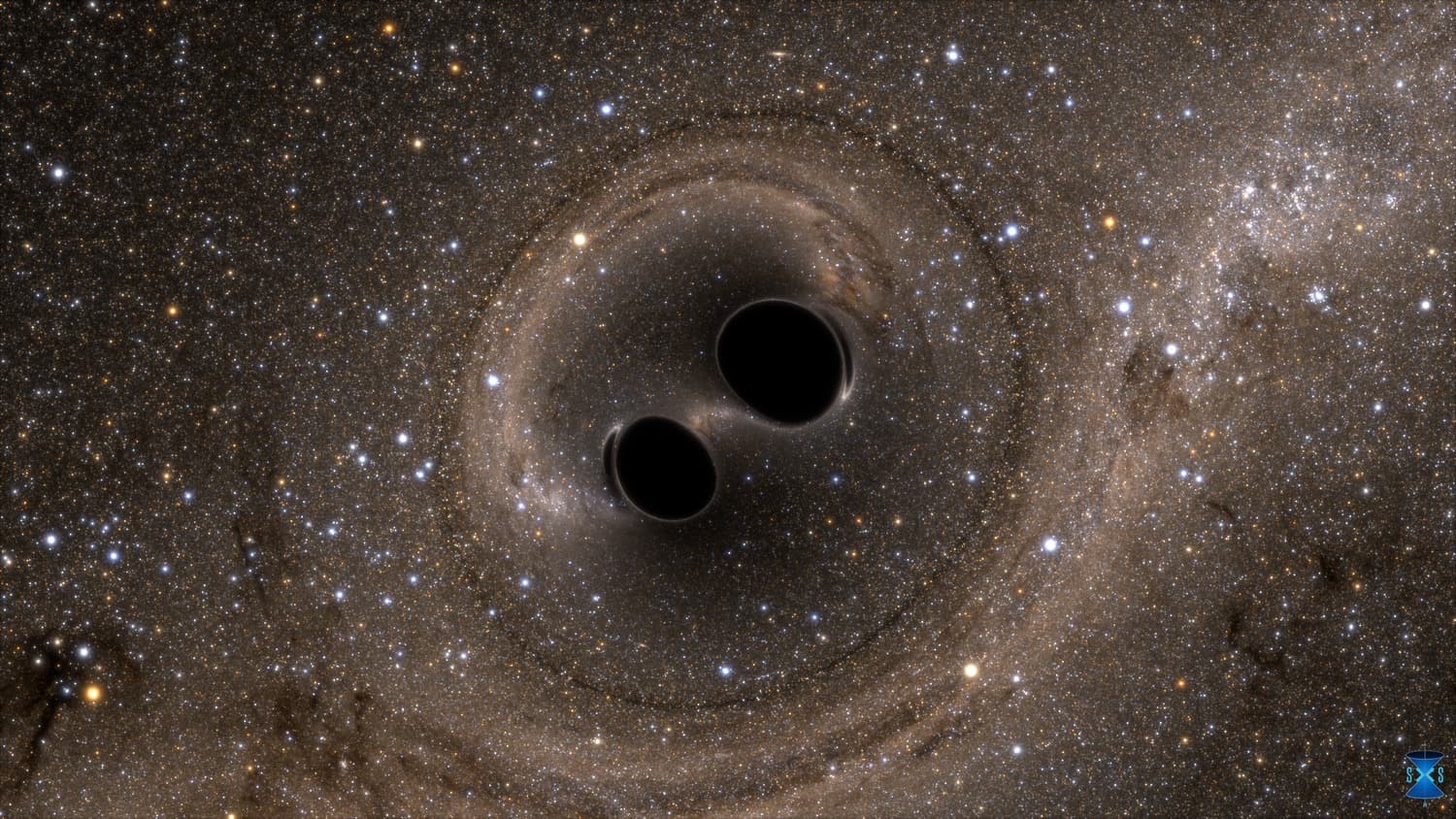 More Than Just Another News Story

By now, we’ve all heard about last week’s exciting announcement of the first confirmed detection of gravitational waves.  The news made headlines around the world, and for a little while, at least, we all experienced the thrill of prying open a new window onto the inner workings of the cosmos—like opening our eyes for the first time, and beholding a brand new world.

But then we settle back into the routine of our lives, and take the new discovery in stride. And since each day brings word of some wonderful new discovery—many of which are reported here at Futurism—it’s easy to become jaded and sometimes forget the wider implications.

So it’s important to dig a little deeper, find out just what the discovery of gravitational waves really means, and explore some of the questions they will help us answer in the future.

And we must keep in mind that the detection of these echoes in spacetime is so much more than just another advance in astronomical observation—it’s more in the nature of an evolution, like suddenly being furnished with a novel sense organ.  And that means we’ll be moving into a new world, one that was formerly invisible and outside of our experience.

Which means that it's difficult to even imagine the strange and wonderful things we’ll encounter.

But we can try our damnedest, and that begins with answering some of the questions we can formulate.  Among the first is whether black holes—which astronomers have almost taken for granted in recent years—actually exist.  After all, by definition, they can’t really be seen; and hitherto all proof of their existence has been entirely indirect and circumstantial.

But that changed on September 14, 2015.  For the first time, we “saw” (or “heard,” depending on how you look at it) a pattern of energy directly emitted by black holes.  Not in visible light, of course, nor any other part of the electromagnetic spectrum, but in tiny ripples of warped spacetime—the legacy of two black holes that coalesced 1.3 billion years ago, violently injuring and deforming the very fabric of the universe itself as they did so.

As David Reitze, executive director of the LIGO Laboratory, said at last Thursday’s press conference, it was “proof that binary black holes exist.”  Better, it was an independent confirmation that these terrifying astrophysical phenomena are real, and not just a collection of mathematical equations dreamed up by starry-eyed physicists.

Another question to be answered is whether gravitational waves move at the speed of light, whether “gravitons” (the hypothetical quanta of gravity, analogous to photons) really exist, and, if they do, whether they are massless or not.  So far, the jury’s still out; the recent detection was recorded at slightly different times by the two LIGO instruments, which seems to accord with the waves traveling at the speed of light, but further experiments will have to be carried out to settle the issue.

In the field of astrophysics, gravitational waves can answer a number of questions.  For example, there is a debate as to whether neutron stars are perfectly smooth, unblemished spheres, or whether they possess “mountain ranges” or “canyons” that can reach staggering heights and depths of, perhaps, millimeters or even tens of millimeters.  Gravitational waves could answer the question, since even such minuscule asymmetries would betray a noticeable signature.

And then there’s the matter of what triggers a Type II supernova—the collapse and explosion of a massive star.  There are still many mysteries to be explained about this process; with gravitational waves, astronomers could peer into the heart of the exploding star, and better understand how the process unfolds.  It would also help them explain gamma ray bursts, and how neutron stars and black holes are born in the first place.

And don’t forget cosmology.  Theoretical physicist Kip Thorne believes gravitational waves might prove the existence of “cosmic strings,” immense defects in spacetime that reach clear across the universe, and may afford us a sharper insight into the laws that govern our universe.  Perhaps more importantly, gravitational wave detectors may help us refine our understanding of the speed of cosmic expansion, by providing an independent check on current methods of measurement.

So there’s a lot to learn and figure out, and discovering gravitational waves will help us do it all.  But it’s with those questions that we don’t even know enough yet to ask that this new “window onto the universe” will avail us most; so stay tuned, the most exciting discoveries are yet to come.

Read This Next
Falling In
Objects We Thought Were Black Holes May Actually Be Wormholes, Scientists Say
Strange Stars
Astronomers Puzzled by Extremely Peculiar Object in Deep Space
zombie star
Scientists Puzzled by Star That Exploded in Supernova But Somehow Survived
Black Hole Snapshot
Scientists Release Image of Black Hole at Center of Our Galaxy
Space Lumps
Scientists Say We May Be Extremely Wrong About the Universe
More on Hard Science
Having a Blast
Jan 18 on the byte
New Study Shows Where You Should Hide to Survive a Nuclear Attack
Offworld Amino
Jan 15 on the byte
Scientists Find Building Blocks of Life in Meteor That Smashed Into Family's Driveway
Triple Threat
Jan 4 on the byte
Traveling Faster Than Light Would Mean Experiencing Multiple Timelines Simultaneously
READ MORE STORIES ABOUT / Hard Science
Keep up.
Subscribe to our daily newsletter to keep in touch with the subjects shaping our future.
+Social+Newsletter
TopicsAbout UsContact Us
Copyright ©, Camden Media Inc All Rights Reserved. See our User Agreement, Privacy Policy and Data Use Policy. The material on this site may not be reproduced, distributed, transmitted, cached or otherwise used, except with prior written permission of Futurism. Articles may contain affiliate links which enable us to share in the revenue of any purchases made.
Fonts by Typekit and Monotype.