Who (or What) Governs Our Actions? 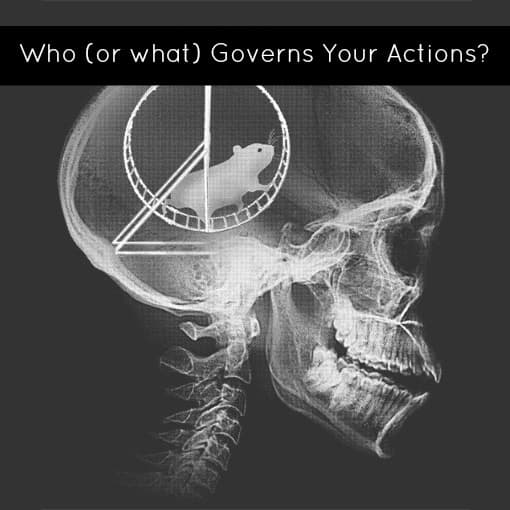 For the most part, we like to believe that we are in control of our own actions. If someone does something that is altruistic and kind, we praise them for their selfless decision. Conversely, if someone purposefully causes another pain, we think that it is because they decided to put their own needs first. However, research indicates that we might not have as much control as we’d like to believe.

The Importance of One's Environment:

Genes are part of the story, but they’re not the whole story. We are likewise influenced by the environment in which we grow up. Substance abuse by a mother during pregnancy, maternal stress, and low birth weight all can influence how a baby will turn out as an adult. As a child grows, neglect, physical abuse, and head injuries can impede mental development—as can the physical environment. (For example, the major public-health movement to eliminate lead-based paint grew out of an understanding that ingesting lead can cause brain damage, making children less intelligent and, in some cases, more impulsive and aggressive.)

And every experience throughout our lives can modify genetic expression—activating certain genes or switching others off—which can, in turn, inaugurate new behaviors. In this way, genes and environments intertwine.

We like to believe that people make free choices about their behavior (as in, “I don’t do that because I’m strong-willed”); however, these examples (and many like them) reveal that we must examine our assumptions more carefully. Perhaps not everyone is equally “free” to make socially appropriate choices. Ultimately, the more we learn, the more the seemingly simple concept of blameworthiness becomes complicated, and the more the foundations of our legal system are strained.

"Ultimately, neuroscience is beginning to touch on questions that were once only in the domain of philosophers and psychologists, questions about how people make decisions and the degree to which those decisions are truly “free.” These are not idle questions. They will shape the future of legal theory and create a more biologically informed jurisprudence."

Taking a more scientific approach to sentencing could move us in a better direction. And as responsible citizens, it is our duty to be informed on this issue. These are the things that we need to be discussing with our children, our families, our friends, and our government.