Where Did Earth's Water Come From? 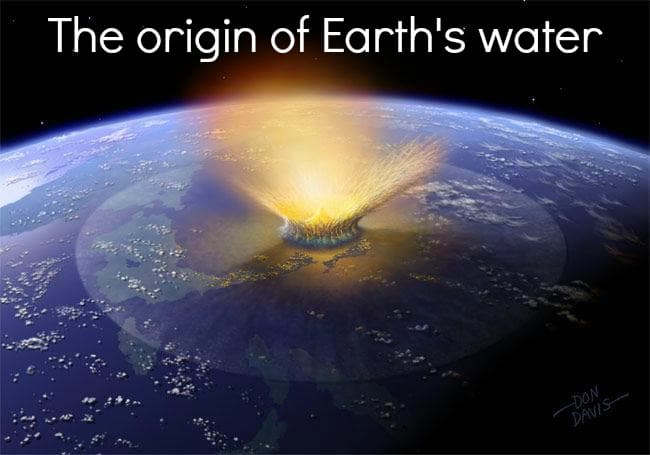 Where did Earth’s water come from? That is a question that has puzzled scientists for many years. The prevailing theory has been that our water came from comets that formed in the outer solar system and then crashed into Earth in our early history. A new study, on the other hand, shows that theory just doesn't hold water.

This study, brought to us from the Carnegie Institution, shows that water ice was instead transported to Earth by asteroids that formed in the inner solar system. After scientists studied 86 samples of carbonaceous chondrites (a type of chondritic meteorite) they discovered our deuterium level was a better match for objects that formed closer to the sun.

The old theory suggests that the primordial inner solar system was too hostile for water of any kind. The intense ultraviolet light from our young sun would break up water molecules by stripping away the hydrogen. This led scientists to believe our water ice (and other volatiles) formed in the comets of the outer solar system and those comets later crashed into a much cooler Earth giving us our more delicate chemicals.

If that were the case, the hydrogen to deuterium levels found in comets should be comparable to what we see on Earth. Because the deuterium levels on Earth are much lower and more comparable to what we see for chondrites, this suggests these precious volatiles formed much closer to Earth than previously anticipated; thus challenging our current models describing the history of the early solar system.