What is the Likelihood of Life Around Dwarf Stars 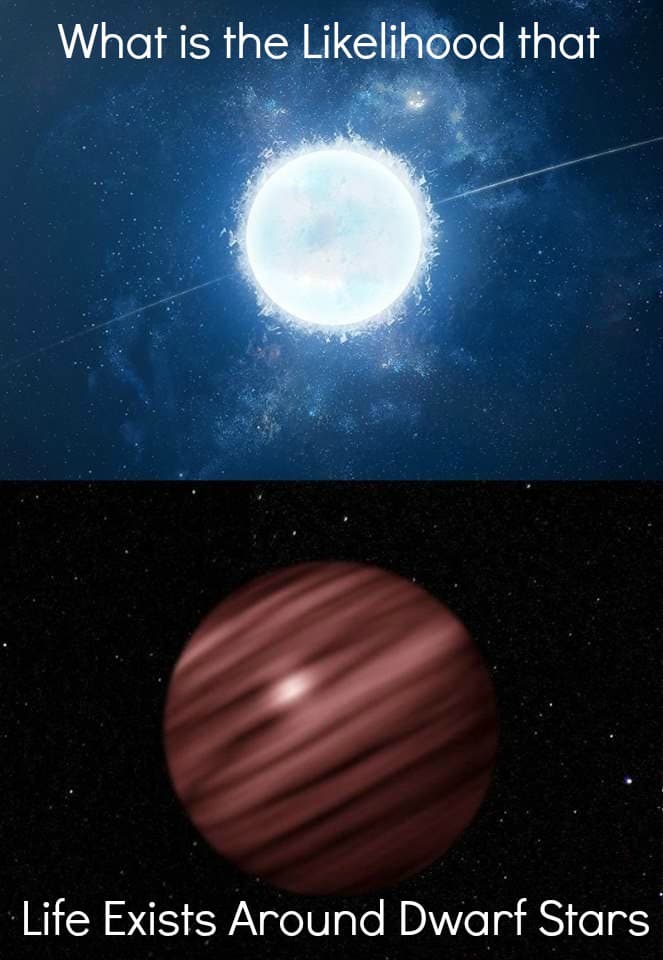 In the search for extraterrestrial life, astronomers need to know two very important pieces of information: what types of planets can host life and what types of stars are capable of sustaining planets with life. A recent study has shown that the dying cores of stars, known as white dwarfs, and the failed stars known as brown dwarfs, are probably unable to support life as we know it.

Even though both types of dwarfs are a classification of a ‘star,’ they don’t give off energy by conducting nuclear fusion in their cores as with pretty much every other type of star. Instead, both objects emit energy (and light) using a different process.

White dwarfs are basically the cores of main sequence stars that have died. Our own Sun is expected to eventually die by transitioning into a white dwarf. There is no reason a life-sustaining planet couldn’t have been in orbit around main sequence star before it died, but the part of history where the star was ejecting stellar material all over the place, it was sure to kill pretty much anything that was alive. Some studies have suggested a life-capable planet could potentially form from the ejected material, but that has it’s own problems that I’ll address shortly.

A brown dwarf, in contrast, is basically a failed star. These stars aren’t massive enough to have started nuclear fusion in their cores as they formed. They generate heat due to their gravitational energy. With primary thanks to the WISE spacecraft from NASA, astronomers have recently discovered hundreds of brown dwarfs and have observed protoplanetary discs – the signature of planet formation – around some of these stars. So, it appears as if planets can form around brown dwarfs, but can they support life?

The answer to both questions looks like “no.” Even though, at any point in time, both types of stars have the potential to host a habitable zone and planets orbiting with in it, unfortunately the stars don’t maintain a constant temperature. Both brown and white dwarfs cool as they get older. As they cool, the habitable zone migrates, and this basically means that life doesn’t really have a chance to gain a foothold in a warm climate before freezing over. In addition, the type of light these stars emit change as they get older and the light becomes more hostile (shifting into the ultraviolet). Finally, the habitable zone for these stars is very close to the star’s surface - about 1/100th the Earth-sun distance. This causes the planet to go under tidal heating which could also prove deadly.

Even though the odds seem to stack against life in these areas, it’s not impossible or inconceivable for life to develop on such a world.