The Difference Between Black & White Holes: 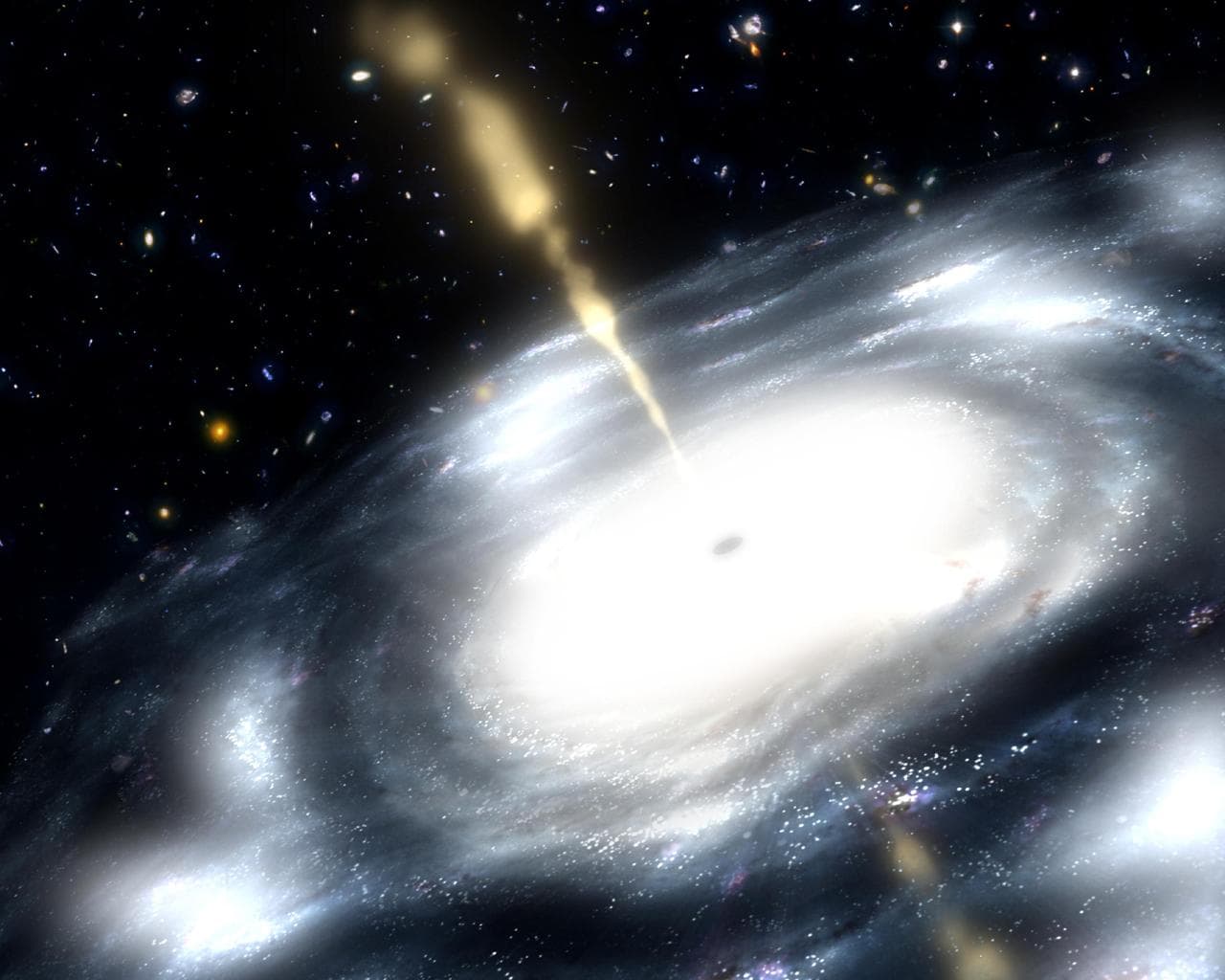 People like to think of black holes and white holes as gateways through the universe. It would be rather convenient if we could enter a black hole, zip across the universe, and come out at some distant point in space (and maybe even time). Sure, figuring out the exact mechanics would be tricky, but once we had the pattern down, it would make interstellar travel, and probably intergalactic travel, a breeze. However, this view of white holes isn’t exactly accurate.

To begin, let’s start with a black hole, because they are a lot easier to explain. Do you remember how teachers would go on and on about how Newton discovered that gravity is universal? Well, Newton’s discovery of the laws of motion says that every mass pulls at every other mass with a force proportional to the product of their masses and inversely proportional to the square of the displacement separating them.

However, after Einstein, we knew that Newtonian mechanics must be wrong. At the very basic level, this theory is not correct because it is a scheme that works faster than the speed of light (essentially, it claims that if you remove the Sun from our solar system, all the planets would begin spinning off into interstellar space before the last light of the Sun reached them i.e., the force of gravity would travel faster than the speed of light). Einstein showed us how this theory is flawed through his explanation of the curvature of spacetime.

But Einstein, just having written down the celebrated Einstein Field Equations describing the curvature of spacetime, began to fret. The equation was nonlinear, and while it is still nice and simple to look at, nonlinearity means that we don’t know how to solve the equations (a nonlinear system is one where the equation being solved can’t be written as a linear combination of the unknown variables or functions that appear in it).

And then, in the middle of war, Schwarzchild sent him a letter with the solution.

Schwarzchild’s solution refers to the case like the following: where you think all the energy of the Sun is squeezed to one infinitesimal point (with no momentum at all), and where we are interested in the spacetime everywhere else but at the point. This idea is really the same as us taking the Earth’s complete mass and thinking it is just one point in the center — it’s a convenient mathematical trick for doing calculations fast and simple, but it is not to be taken too seriously when talking about what a black hole actually is — only when talking about how the universe outside of the black hole operates.

This is contrasted by a white hole, which literally pushes you away by spitting material at you. This is the reverse: A white hole spits out everything and nothing goes in. So while a black hole has an event horizon that, once you get close enough, you can never escape, a white hole has an event horizon that you can never even get close to (and that is not even counting the burning that you would get when you try!).

Read This Next
Futurism
Interview: Michel Bauwens on Peer-To-Peer Economics and Its Role in Reshaping Our World
Futurism
Stunning Images Chart Shapeshifting Nature of Venus’ Polar Vortex
Futurism
Astronomy Photo of the Day: 11/10/15 — CARMA-7
Futurism
No, Science Does Not Say That Religious Children Are More Likely to be ‘Immoral”
Futurism
Scientists Take a Closer Look, Find No Evidence of Alien Megastructures
More on FromQuarkstoQuasars
What’s the (Anti)...
6. 12. 21 on the byte
Physicists Find Particles That Switch Between Matter and Antimatter
Futurism
11. 7. 15 on futurism
Newfound Radio Galaxy is the Largest Known, And It’s Dying
Futurism
11. 5. 15 on futurism
New Visualization Shows Incredible Variety of Extraterrestrial Worlds
READ MORE STORIES ABOUT / FromQuarkstoQuasars
Keep up.
Subscribe to our daily newsletter to keep in touch with the subjects shaping our future.