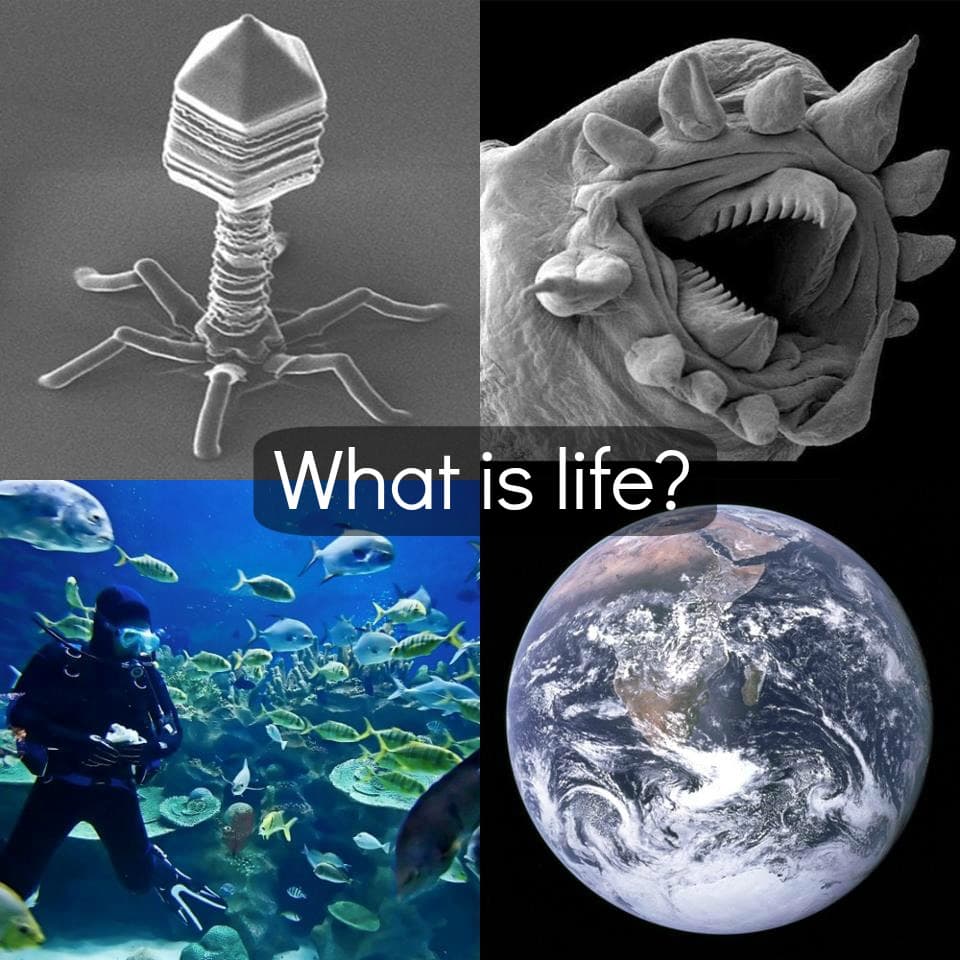 The question, “what is life?” has been, and remains to be, one of the most challenging questions humans have ever asked. On the surface, the question seems trivial to answer. Life is life! I’m alive, you’re alive, our pets are alive, and the fly so very annoyingly buzzing around my head is also alive (though, probably not for long). Again, my coffee cup isn’t alive, the fan in the door isn’t alive, and the rocks outside aren’t alive either. When you start to think about it, there are all kinds of ‘non-life’ systems that behave in very life-like ways – fire is a common example, another such example are storm systems – but we don’t consider those systems ‘life’.

That still raises the question, what is life? Having an answer to this questions becomes very important in two respects – identifying alien life and defining when we’ve crossed the line between artificial intelligence and life. In short, we don’t really have an answer to that question, life is constantly surprising us and biologists are prone to disagree with one another about where to draw the line between life and non-life. Even then, we have a seven point system that gives us a framework for defining life – an understanding among the scientific community. To be considered life, a system must exhibit all of these points (or, most of them).

1) Adaptation: Obviously, without the ability to adapt, life wouldn’t do very well. The speed at which life adapts to change governs which species go extinct and which survive.

3) Homeostasis: In short, homeostasis is defined as, “the property of a system that regulates its internal environment and tends to maintain a stable, relatively constant condition of properties such as temperature or pH.” Homeostatic systems can either be open or closed – you, as an example, are a closed homeostatic system. This is evolutionary advantages because it allows you (and other homeostatic organisms) to function in a diverse range of environments. An open homeostatic system is the kind of system you find in the ecosystem or the biosphere.

4) Metabolism: For those of you who don’t know, metabolism is a fancy word describing the transfer of energy from the environment to energy usable by an organism. Life, and any organized system for that matter, requires energy to function. Metabolism describes the life-sustaining chemical transformations that happen within living systems (eating, as an example, is one our primary metabolic functions).

5) Organization: This is a no-brainer. The system needs to have some type of organization – on Earth, life consists of one or more cells that are working together. Without organization, life can’t flourish.

6) Reproduction: Without the ability to reproduce and create copies of itself, an organism can’t survive.

7) Response to Stimuli: In short, the organism needs the ability to respond to things that happen, to do this, it needs some type of sensory organ(s). Humans have five of them, (sight, hearing, smell, taste, and touch). I’m sure you can see how this is advantageous. If it’s too hot, you are aware of it and move, if you hear a predator sneaking up behind you, you can react, etcetera.

As I wrote the above points, I described them from the perspective of a living system, what about a life-like non-living system such as fire?

Fire grows, has ‘metabolism’, and a level of organization. It responds to stimuli to a point (such as dousing it with water or putting a wet/frozen branch and a dry branch in its path – it’ll ‘choose’ the more favorable branch). I wouldn’t say fire reproduces (mostly due to my understanding of the chemical process), but I’ll leave that for you to refute or agree with. Fire also maintains a certain level of homeostasis. It doesn’t’ adapt very well. So, fire behaves in a life-like way, but I think we can agree that it doesn’t really fit the definition.

What about viruses? Ed Rybicki from the University of Capetown once called viruses “organisms at the edge of life.” Today, most scientists classify viruses as replicators and do not consider them a form of life, but rather a type of proto-life – the two main reasons for this lies with reproduction and metabolism. Viruses cannot reproduce in the traditional sense (where ‘traditional’ is asexual or sexual reproduction). Instead, they invade a host organism and make copies of themselves by building the copy out of surrounding material. It’s no different than if humans ‘reproduced’ by simply going into the workshop and building a new human. In addition, viruses do not have a metabolism. Many scientists believe that life may have started in this fashion, as a group of organisms building copies of themselves before the evolution of reproduction.

Furthermore, the concept of life has been taken to the extreme in science. In 1785, the idea of ‘superorganisms’ was proposed by James Hutton. Here, he postulated that the Earth, to some extent, was alive. From there, the idea of treating systems, such as the Earth, as a whole instead of individual regions has taken off. Today, we can clearly demonstrate that what happens on one side of the world affects the other.

Then again, we can always take comfort in the realization that, whereas we don't know what life is, we do know the answer to the ultimate question of life, the universe, and everything... so, go humanity.