What Influence does Science have on Morality? 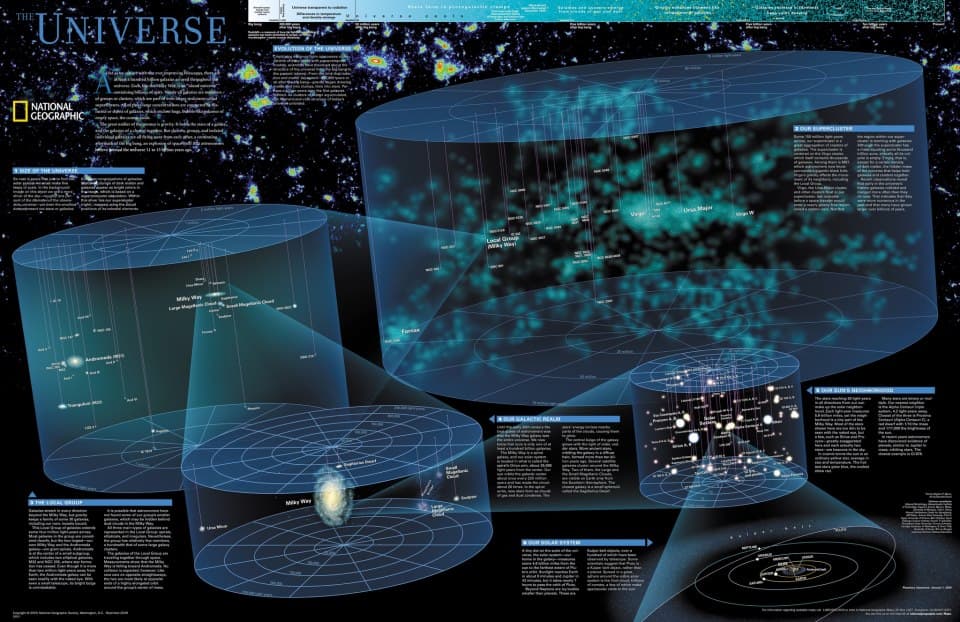 Especially in the twenty-first century, where we live in a world of computers, cell phones, automobiles, electricity, advanced medicine, and all of the wonders of modern society, it is very easy to see that science (followed by engineering) has fundamentally altered our world. Scientific theories like relativity and quantum mechanics have fundamentally altered the way we look at the universe; in the last four hundred years, we've gone from a geocentric and very small universe to one that contained a countless number of galaxies and stars full of wondrous possibilities. In all of this, how has science altered the morality (or the ethics) of the human race?

To answer this, we must look at how modern science has revolutionized the way we see the world. As I mentioned earlier, we thought we were the center of everything (a very human attitude) – this was supported by the best scientific observations we had at the time and it turned out to be absolutely and completely wrong. In addition, the knowledge of the sheer scale of the universe has put into prospective how absolutely insignificant and completely precious life on Earth really is.

I think the last 50 or so years has turned the world upside down with our abilities to image Earth from space and look back at our “mote piece of dust suspended on a sunbeam” (to pull one of Sagan’s phrases). We have made discoveries that, even on the macrocosmic scale, the universe isn’t what we thought it would be. For most of human history, the universe was as big as we could see with the naked eye – an estimated number of stars totaling some 10,000 can be seen from Earth with the unaided eye. In the 1600s, Galileo introduced us to the telescope and the universe got larger. In the 20th century, Hubble proved there were galaxies other than the Milky Way and the universe got significantly larger. In the 1990s, we discovered the first star systems and now know the universe to be made of the same stuff that we are made of. Lawrence Krauss says that the most poetic thing he knows about the universe is that we are star stuff; that we were forged inside the nuclear furnaces of stars and quite literally stepped out of supernovae – from a poetic standpoint, I couldn’t agree more.

Then, when you get out of the macrocosm and into the microcosm, the universe takes on a whole different reality. Quantum physics is the most mindbogglingly backwards and peculiar thing I think humans have ever discovered. Wave-particle duality, quantum superpositions, quantum tunneling, quantum entanglement, and others – you can’t make this stuff up. Quantum mechanics is so weird and so defiant of all logic that many scientists have set up experiments (and still do) in an attempt to prove quantum mechanics isn’t that weird – yet it is.

In all honesty though, I don’t think quantum mechanics has impacted the average person as much as cosmology. From a scientific perspective, I put both revolutions in thought on the same level.

I also wanted to throw in evolution; evolution of the universe, of the galaxy, of the solar system, and of life on Earth. Of the scientific truths that have "recently" come about, I think that has probably had the most impact on a social scale. You see it plainly evident from those people with way too much pride in what they "know" (the “I’m not a stinking monkey” defense).

Few things have profoundly impacted society as the theory of evolution has. In addition, I think few theories are as humbling and beneficial. Human's weren't created to lord over the Earth, but rather evolved with it. Having that realization gives us a sense of connection to the ecosystem and gives a sense of precedence to preserve, protect, and defend the planet and the environment we exist in, prompting an attitude of coexistence rather than subjugation.

Much of the above answer encompasses both questions, but to speak specifically to the morality question, science is a double edged sword. It needs to be wielded with empathy and compassion. Even though unimaginable atrocities have been committed in the name of science (see Nazi concentration camps), I think far more good has come from science from a moral perspective than bad.

So, how has science influenced our morality and our ethics? It's helped to show us our place in the universe and it's given us the tools to deal with that. The rest is up to us.