What If Gravity No Longer Existed? 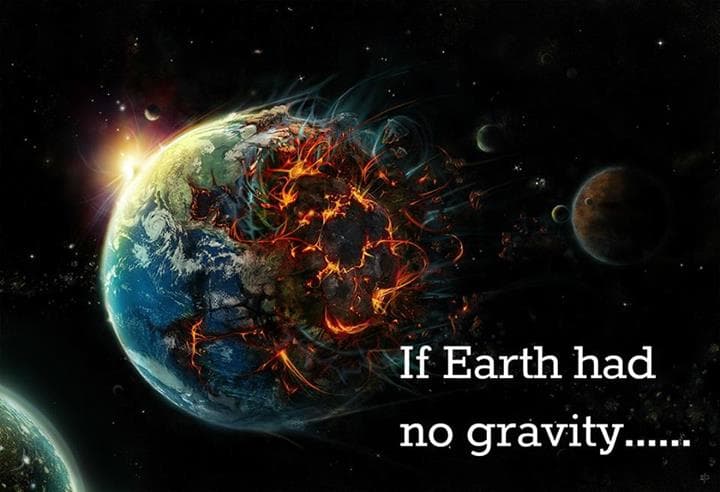 Gravity is one of the primary  life forces of the universe. Without it, not only would pretty much everything cease, but the very production of everything would fall apart. No more stars, no more planets, and nothing to keep us tethered to our home planet. Floating about may sound cool for a split second, but let me assure you, that would be a very, very bad thing (space is scary and we would die). Despite gravity being the very essence of our physical universe (it provides the attraction that ultimately allows things to come together and coalesce), our understanding of how it operates is poor at best. It's believed to be the consequence of the warping of spacetime allotted by objects that have mass. At least, that's what general relativity postulates, but the jury is still out on that one.

Anyhow, per our theories, gravity on Earth can't just "turn off" (well, not without the planet and everything on it becoming obsolete). Nevertheless, we can still deal in hypotheticals. So if gravity did turn off (with the three remaining forces of the universe kept in check), what would happen?

For starters, the atmosphere would be lost to space. Taking with it all of our water. And it would be lost permanently to space, forever. Now, I'm not just speaking of the water in the lakes, oceans, rivers, streams, or even all the water traveling through our pipes, but ALL of it. Including the water coursing through our bodies. With no atmosphere and water, all life on Earth would immediately die. Anything liquid would boil as it was exposed to the vacuum of space (sounds downright lovely, right?).

After the punchline (when we all die), our buildings (and basically everything else) are next to go. Earth's constant rotation is one of the forces that keep everything lassoed to our planet's surface. Without gravity (and our constant movement through space), things would begin to dart off into space. We can liken this to "letting go of a string." Consider a string that is hanging down, and you cause it to spin in a clockwise [or counterclockwise] motion. Once you loosen your grip on the string, the whole system falls apart, and the object attached to said string would tumble to the ground. However, on Earth, everything not anchored to the planet (and the planet itself) is on a string. Once it is released, everything would take off in a straight line. Yet, certain factors will influence the exact path of these objects and how quickly the traveling objects would fly.

For instance, the objects lurking in the upper floors of high-rise buildings would simply begin gently floating, until they reach the ceiling (where they would stop). For outside, unanchored objects, their path will continue to accelerate much more quickly after the initial liftoff.

We wouldn't have to worry too much about which trajectory Earth starts traveling in after gravity stopped working (taking us away from the bits of super-heated gas that once made up the sun, and thus gave us warmth and sustenance), as the Earth itself would likely crumble pretty quickly. Gravity itself is what holds our planet together (and the sun, for that matter). It helps keep a balance between the internal pressure experienced near our core, Earth's mantle and crust. First, molten metals would begin to make their way up to the Earth's surface (with no mutual force keeping them in their current location), before Earth itself would break apart piece by piece.

On a larger scale, the universe, or whatever was left of it, would devolve into pure chaos. Everything would fly apart. Everything. There would be a void of nothingness: The stars would wink-out, the planets would fly apart, and the cosmos would descend into darkness. So. Needless to say, gravity is a good thing.