We are Star Stuff? 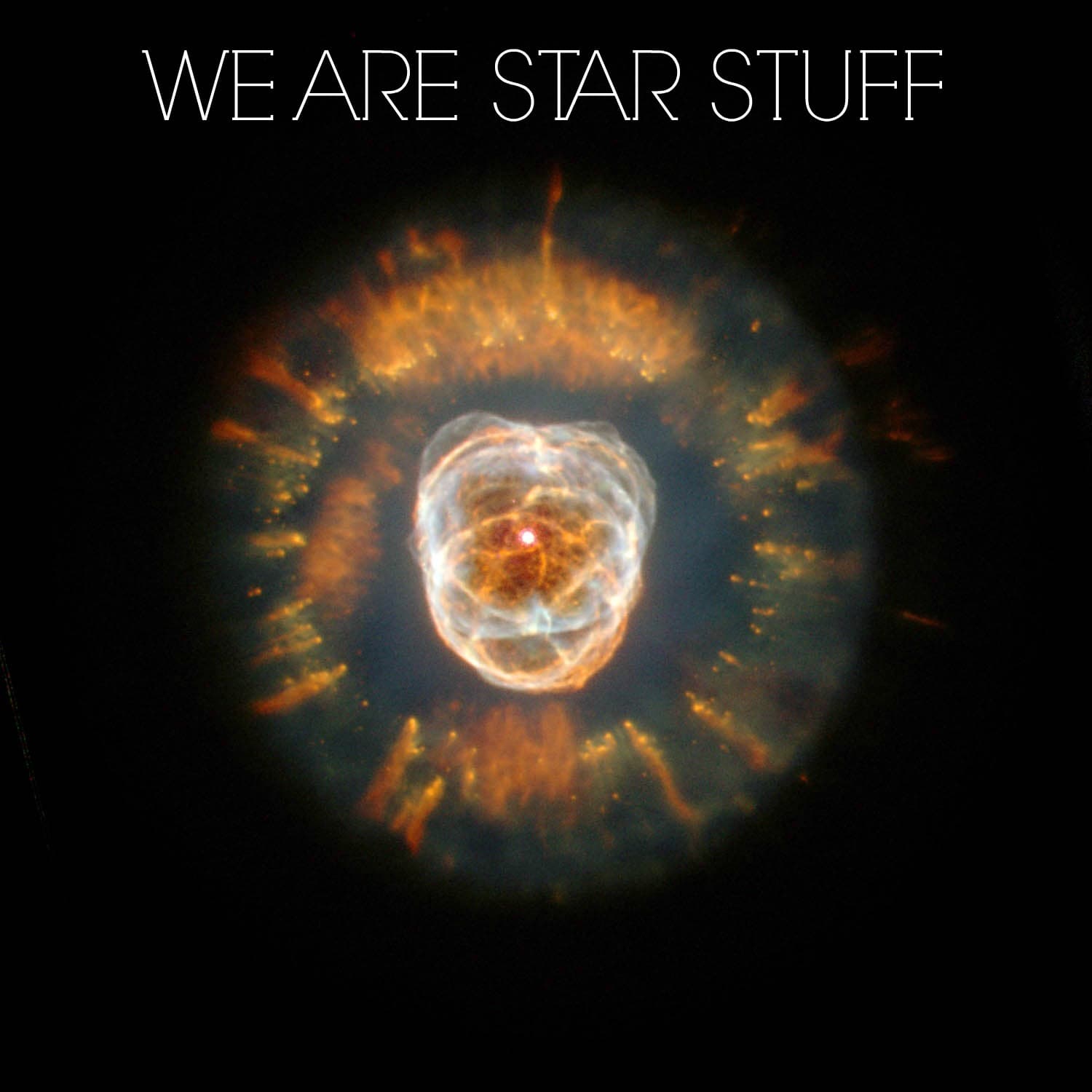 Anyone even remotely interested in astronomy has probably heard someone (perhaps Carl Sagan or Neil deGrasse Tyson) say: "We are star stuff." But what does that mean exactly?

To give a quick breakdown: "Supernovae" occur once a star consumes all of its hydrogen fuel for nuclear fusion, causing the core to contract into a neutron star or a stellar mass black hole. As this happens, the star violently chucks the remainder of its gas off into space in a brilliant explosion that seeds the interstellar medium with heavier elements. Prior to a massive star going supernova (this only occurs with stars that are much more massive than our sun), it would have fused lighter elements (such as hydrogen and helium) into heavier ones (up to and including iron,which is number 26 on the periodic table of elements). And as we all know, iron is in our blood. Hence, our bodies are literally made from the stuff of stars.

However, that's not where the story ends, which is kind of obvious as (if this were the full story) we would have no explanation for the sixty-six naturally occurring additional elements – those which have nuclei that contain anywhere from twenty-seven protons per nucleus [cobalt] through ninety-two protons per nucleus [uranium]. The list of these sixty-six elements includes such important nuclei like copper, silver, iridium, gold, mercury, and lead - as well as rare elements such as dysprosium, ytterbium and hafnium. Fortunately, we now know where the elements with a large number of protons came from -- the first fraction of a second following supernovae explosions!

When we look at the Universe as a whole, we find that all of the ‘high number’ elements are extremely rare – hydrogen and helium account for at least 99% of all the mass in the cosmos. While the heavier elements - those with three to twenty-six protons per nucleus (including carbon, nitrogen, oxygen, silicon, magnesium, aluminium, titanium, chromium, and iron) - have a total abundance of less than 1% of the combined mass of hydrogen and helium nuclei. But the total abundance of all the high number nuclei (those with atomic numbers exceeding twenty-six) don't reach even 1/thousandth of the mass of elements! When you look for these high number elements (e.g. silver, mercury, uranium) you are looking for the remnants of rare moments in the Universe -- the moments after the explosion of massive stars i.e. supernovae.

When the Earth formed, because of its close proximity to our parent star, the warmth of the sun evaporated almost all the hydrogen and helium in our vicinity. As a result of the sun’s warmth, the Earth contains a small trace of the two most abundant elements in the Universe. But the remaining elements were sufficiently heavy to avoid evaporation, and their abundances are much the same as the concentration of elements found in stars. Oxygen, carbon and nitrogen are predominant; silicon, magnesium, aluminium, sulphur, calcium, iron, and nickel appear only in sparse amounts. This isn’t the case with everything, as lead- which generally isn't regarded as being very rare -- has an abundance when compared to iron's by a factor of half a million, gold only one tenth of this, and uranium has one tenth the abundance of gold (meaning it's very rare).

When we seek to mine any of the elements heavier than iron (nickel is typically made in small amounts with the fusion of nuclei into iron - but we will exclude this to avoid confusion) we are searching for the remnants of the sudden shocks that began the explosion of stars. From these brief outbursts, we must pry loose the elements we depend on for life. Of course, these elements are necessary because of their specific physical and chemical properties, and these properties arise from the nuclear structure of the element. Ultimately, these elements were assembled during a fraction of a second, their assemblage took place close to a newly collapse neutron star, and the elements were then blasted into space through the same furious process that made them --  a supernova explosion.

Fortunately, some of these elements happened to occupy the regions of an interstellar cloud that later became our Sun and its planets. And of the elements that made our planet, tiny fractions have temporarily become parts of our bodies. Every atom of oxygen, carbon, iron and the calcium in your bones was created in the core of a star. These nuclei not only connect with the stars and their history, they offer living proof that we would not be here without the stars that exploded to make the elements, which in turn, make us!