A Clever Smartphone Attachment Will Show if Water Is Contaminated

Soon every joe schmoe could tell you if a river or lake is polluted. 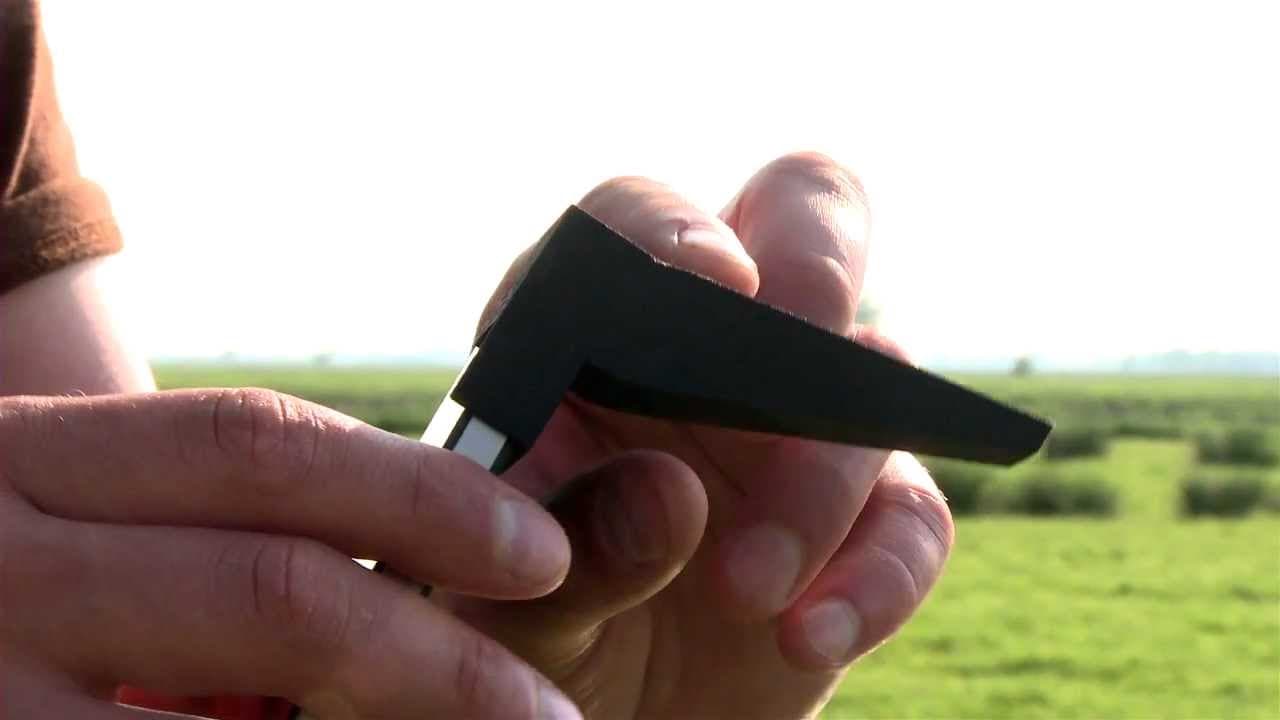 Imagine looking onto a lake or river, perhaps at an overlook at the end of a hike, or simply driving past it. The water's beautiful, the sun glimmers off its surface. Perhaps you see some fishermen nearby, or some birds paddling about, periodically dipping their beaks. Maybe you think about taking a sip of that water yourself. So you pull out your smartphone, and with a snap of a picture, you can tell that it's contaminated.

Such a tool may soon be a reality, if astronomers from the University of Leiden in the Netherlands have their say. They are developing a simple smartphone attachment that makes it ridiculously, comically easy to measure the quality of water by pointing the tool at it, nothing more.

The tool's primary purpose isn't just so that you can whet your whistle in any lake, river, or creek you deem tasty-looking — quick and precise measurements of water pollution can be hugely beneficial for science. This kind of data can steer environmental policies on a national level. Citizens can tell if their drinking water is contaminated. Fishermen are able to determine the quality of their catch, and how pollution could affect local fish populations. Polluted water can even determine human migration patterns by forcing fishermen to move or give up their trade altogether.

Any joe shmoe can further these efforts, so long as they're armed with a smartphone.

There's a precedent that have researchers hopeful. In 2013, the same team of astronomers and toxicologists developed the iSPEX (Spectropolarimeter for Planetary EXploration) — a smartphone attachment that can measure air pollution. Dutch citizens, along with people in cities from Athens to London, took thousands of measurements of the particulates in the air. The result: a detailed map of dust particles over the Netherlands and beyond.

The technology behind the smartphone attachment actually is a spin-off of sophisticated astronomy technology that can tell if oxygen is present on planets around other stars. This also foregoes the need to take local samples and send them back to the lab — a relatively expensive process that can take a lot longer.

But water presents different challenges. The color of the water can be influenced by a variety of factors, including weather. Strong winds can stir up sediment, and clouds can block the sun, making the water appear darker. By having local residents take measurements on the ground, the measurements won't have to cut through cloud cover and other weather patterns. Participants are also asked to take a picture of the sky above the water to calibrate the readings.

The technology is still in its early stages, and at least a couple of years away. The hope is to combine cutting-edge astronomy technology with environmental science to create a device that's both easy to use, and is capable of measuring the quality of surface water accurately.

The project's coordinators are still considering where to kick off the new water-pollution-measuring project based on where the data is needed the most. Some locations on the short-list so far: Baloton Lake in Hungary, Loch Leven in Scotland, and Lake Tanganyika in Tanzania.

"These places have been chosen because the citizens taking part—fishermen and residents who want to have good, clean drinking water—benefit from having a simple and fast way of making measurements," says astronomer Frans Snik, project lead of the iSPEX program, in a press release.

A notable omission from that list: The Netherlands. The country may be in the second or third wave of places to receive the tool. "The Dutch love water and going for a bike ride on a Sunday afternoon. It would be great if they could make some photos of canals and streams along the way," Snik said. Just, not yet.

Snik and his team are expecting the device to be ready for its initial deployment by late 2019, and will release 3D models, so anybody with a 3D printer can build one for themselves.

Read This Next
Brands We Love
Listen Up, Entrepreneurs: It’s Time to Launch Your Clean Water Solution
Futurism
The World’s Rivers Are All Backed Up, Leaving Fish With No Place To Go
Futurism
A Moss Can Naturally Clean Harmful Arsenic From Water
Futurism
Cape Town Is Set to Run Out of Water in Less Than One Hundred Days
Futurism
Evaporation-Harvested Energy Could Meet 70% of the United States' Power Needs
More on Earth & Energy
The Dos and Do-Do...
1:59 PM on the byte
Startup Backed By "Jurassic World" Producer Says It Will Revive Extinct Dodo Using Complete Genome
Shark Smile
Yesterday on the byte
Influencer Fined for Eating Endangered Great White Shark
Imagine Dragons
Monday on the byte
Miners Say "Sorry" for Losing Highly Radioactive Object Along Highway
READ MORE STORIES ABOUT / Earth & Energy
Keep up.
Subscribe to our daily newsletter to keep in touch with the subjects shaping our future.
+Social+Newsletter
TopicsAbout UsContact Us
Copyright ©, Camden Media Inc All Rights Reserved. See our User Agreement, Privacy Policy and Data Use Policy. The material on this site may not be reproduced, distributed, transmitted, cached or otherwise used, except with prior written permission of Futurism. Articles may contain affiliate links which enable us to share in the revenue of any purchases made.
Fonts by Typekit and Monotype.