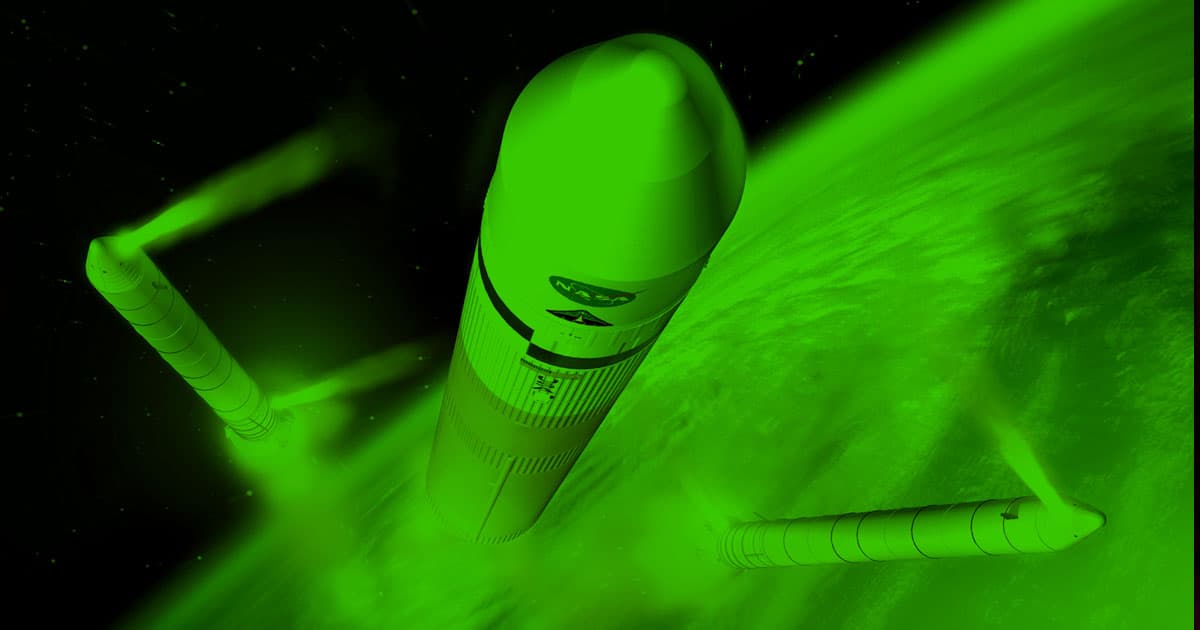 NASA's upcoming uncrewed mission around the Moon, Artemis-1, may be delayed even more than the space agency has reported. On top of that, NASA has been giving Boeing millions despite ongoing production issues with the mission's rocket.

That's according to a new report published by a congressional watchdog agency called the Government Accountability Office (GAO), first reported by Ars Technica. Per the report, NASA downplayed the extent to which the project will exceed its budget — when NASA reduced the scope of the mission, it didn't cut back on its original budget as well. The space agency can claim to be less drastically over-budget if its original projections remain inflated.

After the GAO calculated a new baseline based on the actual, reduced scope of this particular mission, it found that NASA would end up spending an additional $800 million over its expected final cost. And that's on top of the $1 billion cost growth that NASA already acknowledged, according to the report.

But NASA associate administrator William Gerstenmaier pushed back on the numbers. Ars reviewed a letter he sent to the GAO in which he argued that the "GAO report repeatedly projects the worst-case schedule outcome."

This new report found a number of avoidable issues and that may have contributed to NASA's delays and rising costs.

In particular, the GAO found that NASA awarded Boeing $271 million between July 2014 and September 2018, consistently rating the contractor's work on the rocket things like "very good" and "excellent," Ars notes.

Meanwhile, Boeing hired fewer than half of the technicians necessary to complete the rocket on time, according to the report, suggesting that NASA had been rewarding its performance on a contract that never could have been delivered on schedule.

More on NASA: Congress: NASA is hideously over budget, plagued by delays

Read This Next
Round Trip
NASA Reveals Early Plans to Send Two Astronauts to Surface of Mars
Death Watch
Goodnight Sweet Prince: NASA is Officially Killing Its Mars Lander
Overloaded
Whiny Space Tourists Say They Were Too Busy on the Space Station
Mars Attack
Scientists Worried About Military Facility to Store NASA Mars Rocks
Shuttling Russians
NASA Deciding Whether Russian Cosmonaut Is Allowed on SpaceX Launch
More on Off World
Energy Boost
Yesterday on the byte
Humans Approaching Intelligence Level Required for Interplanetary Life, Scientists Say
Not It
Friday on the byte
SpaceX Replacing Defective Heat Shield Before Next Astronaut Launch
Not a Satellite
Friday on the byte
Scientists Intrigued by Strange Lights in Old Space Photos
READ MORE STORIES ABOUT / Off World
Keep up.
Subscribe to our daily newsletter to keep in touch with the subjects shaping our future.
+Social+Newsletter
TopicsAbout UsContact Us
Copyright ©, Camden Media Inc All Rights Reserved. See our User Agreement, Privacy Policy and Data Use Policy. The material on this site may not be reproduced, distributed, transmitted, cached or otherwise used, except with prior written permission of Futurism. Fonts by Typekit and Monotype.