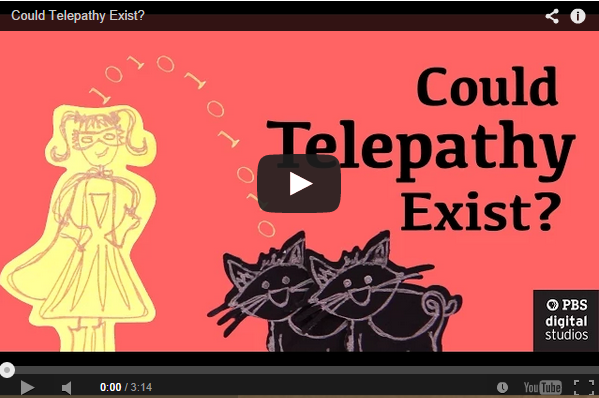 Chances are, if you follow any science sites, you've recently heard quite a bit about telepathy. That's because a team of neuroscientists and engineers recently claimed that, for the first time in human history, two people have been able to communicate with each other telepathically. This study, which was published in September of 2014, differed from others in that previous experiments consisted of humans talking to a computer. Essentially, a human hooked up to a electroencephlagram (EEG) would send instructions to a computer, and the computer would interpret the information. Most of the time, this involves moving a cursor on a screen or moving a robotic arm.

Now, instead of the person-to-computer method, the experiment replaced the computer with another person to see if we could communicate this way. And apparently it works. The reports on this find stated that the scientists managed to achieve direct brain-to-brain communication between someone in France and someone in India. But what does this mean? And how is it "telepathy"?

See the video below in order to learn about brain-to-brain communication, why it is still slower than email, and find out more about how we might talk to each other in the future.